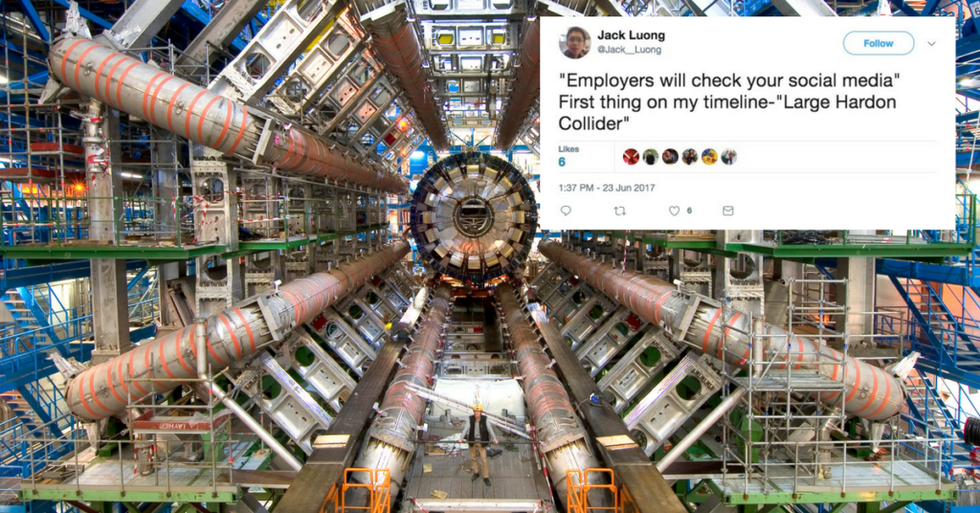 The researchers at the European Organization for Nuclear Research (CERN) managed to construct the Large Hadron Collider, the largest particle accelerator in the world––but it seems they might need a little help with their spelling. The staff misspelled their own name on their website 165 times as the "Large Hardon Collider" and Twitter erupted with hilarious results after author Anne Thériault pointed out the errors in a few posts to her amused followers.

The tone of these responses surprised no one.

Another Twitter user evoked "Rule 34," the proposition that there is at least one pornographic depiction of anything and everything on the internet:

The laughs only continued from there.

After Rachel Becker, writing for The Verge, replicated Thériault's experiment, searching site:cern.ch, site:cds.cern.ch, and site:https://home.cern for “large hardon collider” “hardon” and “large ‘hardon’ collider,” she says she found the error in the headers on presentation slides...

...not to mention sprinkled across a "charming bulletin about CERN’s role in the local community" and in the "reference section of a peer reviewed paper."