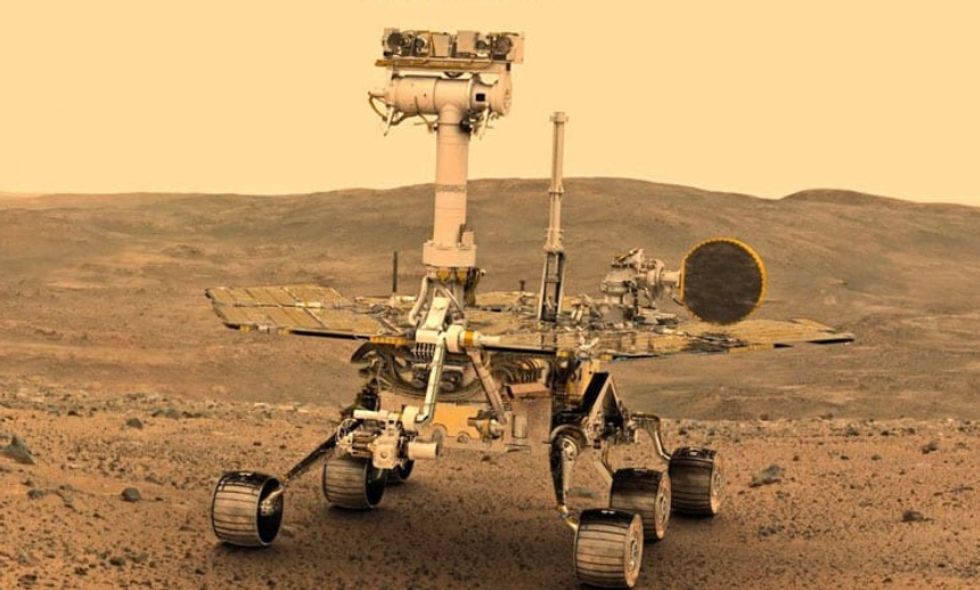 Opportunity was only given 90 days to live after landing on the tempestuous surface of Mars in 2004. Fourteen and a half years past its original 90 day mission, the little rover that could has finally ended its quest.

The news comes months after the Rover stopped replying to commands left by technicians on Earth. Despite over 835 attempts to revive Opportunity remotely, it was declared dead on February 13, 2019.

Over the course of its lifetime, Opportunity—known affectionately as "Oppy" by its inventors—provided crucial information to scientists, shedding light on the Red Planet's wonders.

Its discovery of hematite—tiny pebbles that form in water—on the planet proved to scientists on Earth that water once existed on Mars.

Opportunity was only expected to travel a little over 1000 yards, but had traveled nearly 30 miles, well past its original landing site of Eagle Crater, exploring multiple surrounding craters and reporting back to scientists.

"For more than a decade, Opportunity has been an icon in the field of planetary exploration, teaching us about Mars' ancient past as a wet, potentially habitable planet and revealing uncharted Martian landscapes."

After a historic dust storm darkened the skies of Mars to the point that Opportunity could no longer receive solar power, the rover perished.

@MarsRovers Someday a human will walk trough the face of Mars with the sole purpose of retrieving this rover to get… https://t.co/QYZQbHOybZ
— Matheus HS (@Matheus HS) 1550086267.0

For all its discoveries, Oppy still left humans asking one question.

Is it normal to cry over a robot?

Opportunity is survived by its twin sister Spirit, with whom it landed on the planet in 2004.

Oppy will rest under the stars for the next billion years.

In lieu of flowers, please support science, engineering, and space exploration as a testament to this icon of human ingenuity.