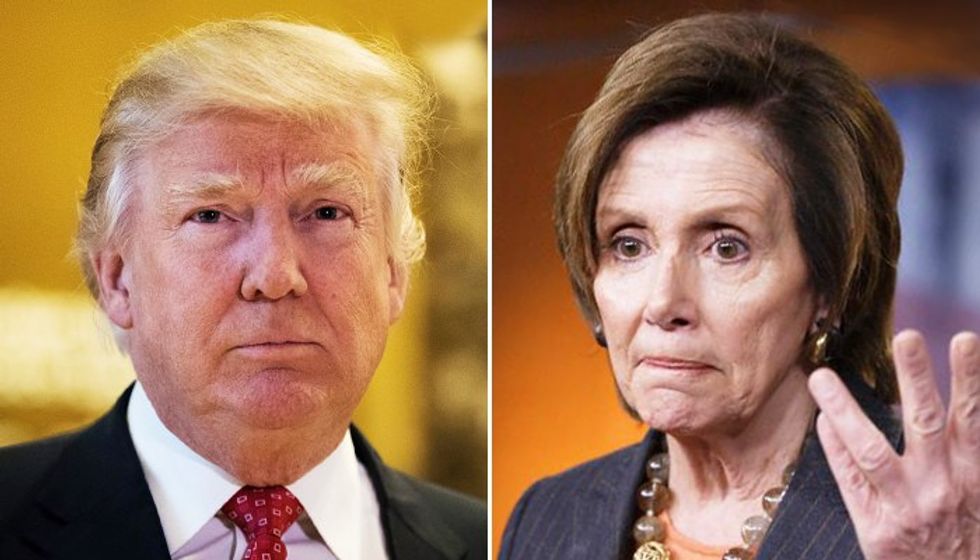 Parts of the federal government may begin to shut down as of Saturday if President Donald Trump does not receive the funds he demands to build the much-maligned border wall. Trump, who made hardline immigration reform one of the cornerstones of his incendiary campaign, issued his threat despite polls indicating that few Americans and none of the lawmakers representing the districts along the nation's southern border want the wall in the first place.

Although the GOP controls both houses of Congress and some party members have indicated they would be “willing to set aside funds for the border,” others have, as The Wall Street Journal notes, expressed reluctance "to imperil a bill that would need at least eight Democratic votes to pass the Senate.” Republican leaders will likely need Democratic votes in the House, where conservative legislators are expected to oppose the measure, setting the stage for a partisan showdown.

In response, a group of bipartisan lawmakers said yesterday they would support a "clean" spending bill without partisan caveats in a bid to avoid a government shutdown. Members of the bipartisan Problem Solvers Caucus made calls for the bill to avoid a fracas between Congressional Republicans and Democrats before federal funding lapses on Friday at midnight.

"Ideological litmus tests on a spending bill like this simply create partisan roadblocks. With so many pressing issues facing our country, we need to work together to keep the lights on and avoid another expensive shutdown that weakens not only our economy but our national security," caucus Co-Chairman Josh Gottheimer (D-NJ) said in a statement.

Fellow co-Chairman Tom Reed (D-NY) agreed, adding in a statement of his own that "this type of leadership" will allow Congress, which returns to work this week after spring recess, to overcome "the obstacles facing our nation."

House Minority Leader Nancy Pelosi (D-CA) was adamant that Democrats would not support the measure.

"The Democrats do not support the wall," she said Sunday during an appearance on Meet the Press. “The wall is, in my view, immoral, expensive, unwise, and when the president says, ‘Well, I promised a wall during my campaign,’ I don’t think he said he was going to pass billions of dollars of cost of the wall on to the taxpayer.” She claimed that Trump is "expressing a sign of weakness" by continuing to advocate for his signature campaign pledge.

Don't let the fake media tell you that I have changed my position on the WALL. It will get built and help stop drugs, human trafficking etc.
— Donald J. Trump (@Donald J. Trump) 1493123788.0

Reince Priebus, the White House Chief of Staff, also appeared on the program. When asked by host Chuck Todd whether the administration is prepared to risk a government shutdown by persisting on funding for the proposed wall, Priebus said he believes there “will be enough in the negotiation for us to either move forward with either the construction or the planning or enough to get going with the border wall.”

Moreover, Priebus continued, the "priorities of the president" should be reflected in the spending bill. “We expect a massive increase in military spending, we expect money for border security in this bill, and it ought to be because the president won overwhelmingly and everyone understood that the border wall was part of it,” he said. (In fact, Trump lost the popular vote to Hillary Clinton, his Democratic competitor, and won a narrow electoral victory by squeakers in three states.)

Speaking to a group of conservative reporters last night, Trump appeared to step back on his demands, telling them that he would be willing to initiate another conversation on border wall funding in September. Two people who were in the room at the time confirmed Trump's statements, though they spoke on condition of anonymity, as the gathering was not originally intended to be on the record. House Minority Leader Pelosi welcomed Trump's shift on the wall "given the bipartisan opposition... and the obstacle it has been to the continuing bipartisan negotiations in the appropriations committees."