Man of Science by Day, Demon Exorcist by Night

A psychiatrist works with exorcists to discern between mental illness and demonic possession. 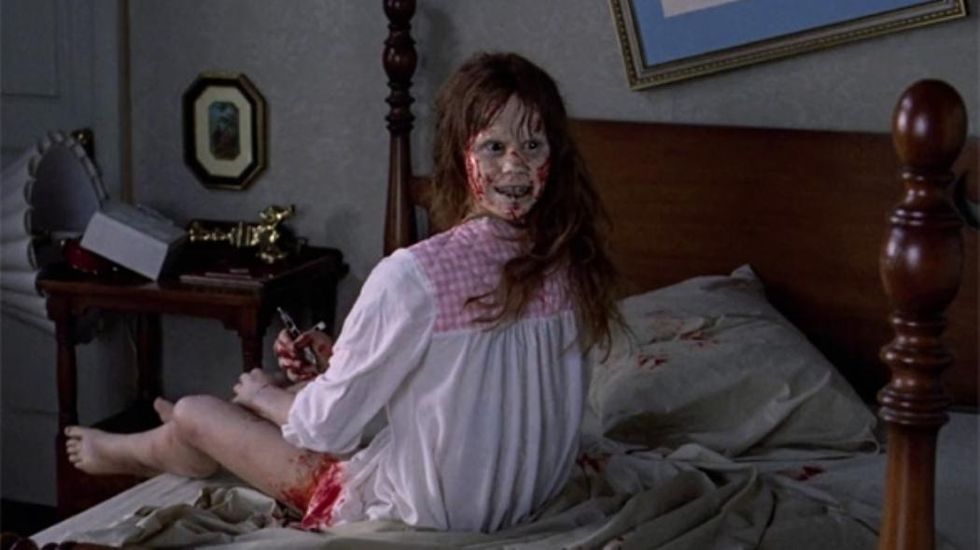 Dr. Richard Gallagher is not like most board-certified psychiatrists.

Born and raised in a large Irish Catholic family and Ivy League educated, by day he is a “man of science,” with a pedigree from Princeton and Yale, practicing psychiatry and lecturing at New York Medical College and Columbia University. But when class is dismissed, Gallagher consults with exorcists and clergy of the Catholic Church to distinguish between cases of mental illness and demonic possession.

A Descent into the Demonic

His journey into the world of demonic possessions began in the late 1980s. An exorcist and priest of the Catholic Church sought him out for a consultation regarding a self-identified Satanic high priestess. The woman had previously approached the church, claiming to be possessed, at which point Vatican protocol required a professional’s mental health evaluation.

In an essay published by the Washington Post last year, Gallagher wrote that her case changed him from a skeptic to a believer.

“My subject’s behavior exceeded what I could explain with my training. She could tell some people their secret weaknesses, such as undue pride. She knew how individuals she’d never known had died, including my mother and her fatal case of ovarian cancer. Six people later vouched to me that, during her exorcisms, they heard her speaking multiple languages, including Latin, completely unfamiliar to her outside of her trances. This was not psychosis; it was what I can only describe as paranormal ability. I concluded that she was possessed”

Since then, Gallagher has walked a fine line to diagnose the difference between typical psychosis and phenomenon beyond our explanation and understanding. Though he asserts he has seen more true possessions than any other physician, these encounters are rare over the length of his psychiatric career. “I spend more time convincing people that they’re not possessed than they are,” he explains in the essay.

“For the past two-and-a-half decades and over several hundred consultations, I’ve helped clergy from multiple denominations and faiths to filter episodes of mental illness — which represent the overwhelming majority of cases — from, literally, the devil’s work.”

The Separation of Church and Science

Though recognizing that he assumes an unusual role for an academic physician, Gallagher does not believe that “these two aspects” of his career are in conflict. Like the Catholic Church, Gallagher balances faith and science not as contradictory but instead as complementary beliefs.

He cites from the famous papal letter “On Faith and Reason,”which Pope John Paul II delivered on September 14, 1998, declaring, “There can never be a true divergence between faith and reason, since the same God who reveals the mysteries and bestows the gift of faith has also placed in the human spirit the light of reason.”

Pope Francis more recently declared that evolution, the Big Bang and other scientific theories are not incompatible with the existence of a creator, but in fact “require it.” Then in a letter this year, Pope Francis invoked both Thomas Aquinas and Albert Einstein when he said we must defend “the clear methodological distinction between the fields of science and theology.”

Dr. Gallagher also knows that while faith and science may coexisting, they should not be confused. Likewise, the Church has carefully maintained a distinction between demonic possession and mental illness since its publication of the Rite of Exorcism in 1614, says priest and author Rev. Mike Driscoll. “The church knew back then that there were mental problems. It said the exorcist should not have anything to do with medicine.”

According to the guidelines set forth by the Rite of Exorcism, updated by the Vatican in 1999, those who approach the church claiming to be possessed must first undergo medical, psychological, and psychiatric assessments. Gallagher approaches each new case as he does with all of his patients, which is with a fair amount of skepticism but also an open mind. He writes, “People with psychological problems should receive psychological treatment… But I believe I’ve seen the real thing.”

While he insists that he adheres to the scientific method, Gallagher believes he’s seen evidence of what he calls “the devil’s work” numerous times, be it “hidden knowledge,” speaking in Latin and other languages, flying objects (though he admits never to have witnessed levitation), or demonstrations of enormous strength.

“There was one woman who was like 90 pounds soaking wet. She threw a Lutheran deacon who was about 200 pounds across the room,” he says. In his Washington Post essay, he elaborates on how these occurrences are beyond the reach of psychiatry: “These are skills that cannot be explained except by special psychic or preternatural ability.”

Steven Novella, neurologist and professor at Yale School of Medicine and founder of the New England Skeptical Society, emphatically disagrees with Gallagher’s claims, and he is not alone. He criticizes Gallagher for succumbing to his own patients’ delusions and more importantly for lacking the skeptical awareness that he claims to possess. “Richard Gallagher is now a classic example of how even a highly trained professional can fall prey to bad logic and the desire to believe.”

Gallagher writes that many patients with claims of possession are indeed suffering instead from psychological disorders and that their defense mechanism is to project these internal maladies onto an external source (i.e., demons). But then in the same paragraph, he asks, “What am I supposed to make of patients who unexpectedly start speaking perfect Latin?”

Novella’s answer to Gallagher’s query is simple - the patients memorized Latin phrases. He goes on to dissect Gallagher’s essay with what he believes are logical conclusions to all the phenomenon Gallagher has experienced while chastising him for assuming numerous fallacies.

“He makes an argument from personal incredulity. Because he cannot explain a phenomenon, he thinks it is unexplained. He goes from that fallacy to confusing unexplained with unexplainable. He then makes the argument from ignorance to fill in the alleged gap with his preferred belief, demonic possession. This is a very common true-believer trifecta, which is often wrapped in faux skepticism.”

Novella suggests cold readings, an old trick of fortune tellers and mediums used to read people, as an explanation for Gallagher’s observations of “hidden knowledge.” Furthermore, he points out that some people just have the knack of sensing other’s vulnerabilities and manipulate those weaknesses.

He decries the lack of video or photographic proof of extraordinary strength, flying objects, or levitation, despite the widespread proliferation of cellphones today. Even though Gallagher anticipated this last criticism by saying demons are too smart and crafty to be recorded, Novella rejects the reasoning as a classic, universal excuse for lack of evidence. He goes so far as to accuse Gallagher of harming his patients.

Continuing God’s Work in the Pursuit of Science

Gallagher will not be deterred, not because he is Catholic, but because he believes he is following fact and evidence, and because he believes he is, in fact, helping his patients. “My job is to assist people seeking help, not to convince doctors who are not subject to suasion,” he writes. Lastly, he believes that he is not alone, that there are many other mental health professionals who believe as he does, and that the belief is growing even though very few will give it voice.

Gallagher says that the exorcisms he’s witnessed and the possessed patients he has worked with have brought him closer to God. “It deepened my faith. It didn’t radically change it, but it validated my faith.”