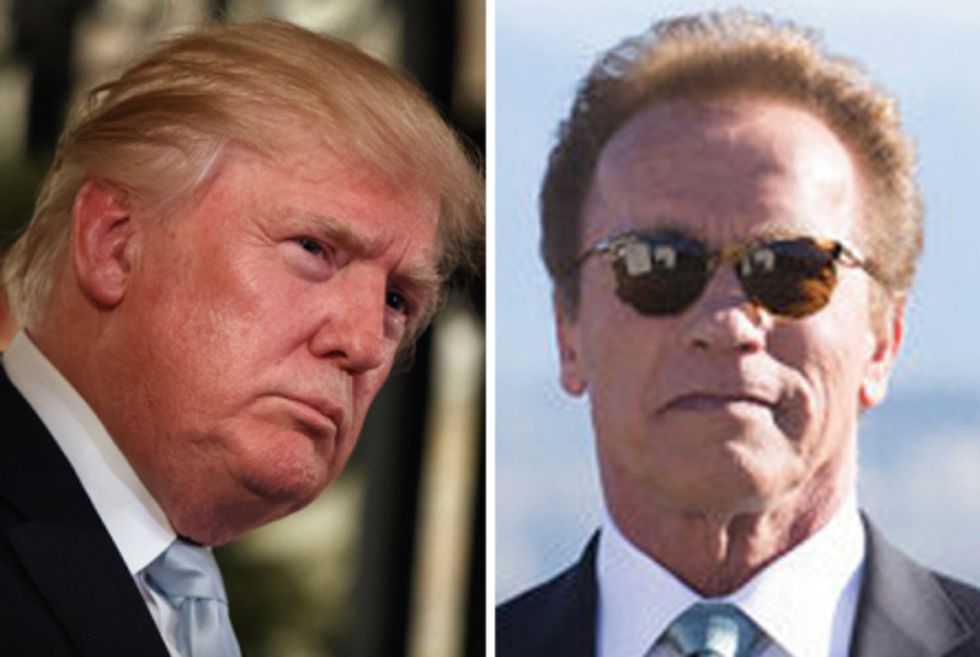 Trump has proposed cutting the $1.2 billion that funds the 21st Century Community Learning Center grant program as part of the 13.5% cut in the education budget.

"Why would he do that?" Schwarzenegger said. "Why would he want to balance the budget on the backs of those kids? Kids are the most vulnerable citizens. Kids are our future.

The former governor was speaking at the National After-School at the University of Southern California's Schwarzenegger Institute. In 2002, Schwarzenegger was the force behind California's Proposition 49, a successful proposal that funds after-school programs and that helped launch the actor's gubernatorial bid in 2003.

As a backer of such programs, Schwarzenegger has talked about how they keep students active and out of trouble. Yesterday, he again argued that after-school programming is an effective cost-savings measure: "Everyone that is smart knows ... that for every dollar you spend in an after-school program, you save $3-$6 down the line."

Schwarzenegger joins many of Trump's critics in calling for bipartisan action to stop the plan."When I look out there, I see crusaders, I see warriors, I see a bunch of terminators,” Schwarzenegger said. “I know we’re going to go to Washington. We’re not going to take this lying down…. We’ll talk to both parties and make sure that money goes back into the budget – that’s the bottom line."

Participants included former Obama administration official and current CNN host, Van Jones, who said of Schwarzenegger's comments, "That was kind of hot. That was kind of spicy. Twitter about to break."

Jones interviewed Schwarzenegger on CNN later last night. They discussed Schwarzenegger's feud with the president and the former governor's plans to support nationwide congressional redistricting reform, another cause Schwarzenegger has successfully championed in California.

When asked about Trump's presidency, Schwarzenegger explained the positives that could be found in the actions he opposes: "I think it is helping us, putting the spotlight on all of the issues I care about — environmental issues, after-school issues. He puts the spotlight on it by just doing something that is a little crazy, and then everyone talks about it, and then I go and say, 'Whoa. Here is really what should happen.'

"Instead of complaining about something, go out and find a solution" and do something about it says @Schwarzeneggerpic.twitter.com/OptD0yhonb