What Is Roger Goodell's Net Worth? 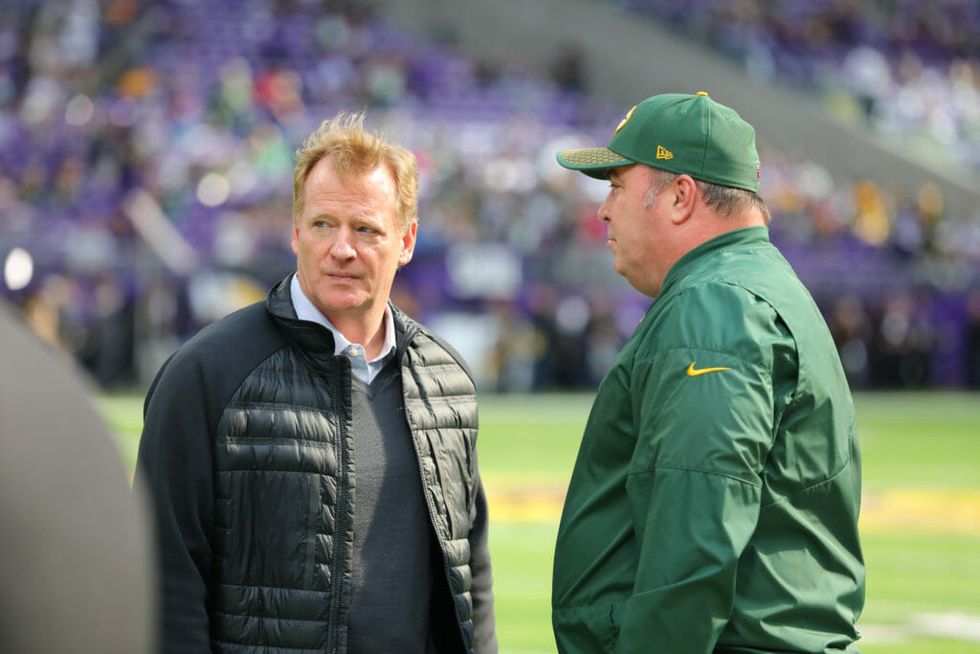 Roger Goodell just received another huge payday, thanks to a vote from the NFL owners. According to this piece at Newsweek, the NFL commissioner has been signed to a new five-year contract.

Goodell's contract is heavily incentive-laden. He'll make $3.5MM as an annual base salary. However, that figure could increase to $50MM if the NFL reaches a variety of financial goals. All told, the rumored maximum value of the contract is $200MM. That would suggest that Goodell can't make the maximum $50MM in each of the next five years.

Back in 1982, Roger Goodell began his career at NFL as an intern. He eventually became vice president of the organization in 2001. After five years in that role, Goodell was selected to become NFL's third commissioner. Throughout his tenure in that role, he's been surrounded by a significant amount of controversy. This includes (but is not limited to) the Deflategate saga, Adrian Peterson's domestic violence incident, and the ongoing Ezekiel Elliot suspension debacle.

However, over the course of Goodell's tenure, the NFL has thrived. Via a report from The Fool, the NFL is on track to hit its revenue target of $16.1 billion in 2018. Despite skepticism by many, including Cowboys owner Jerry Jones, Goodell has certainly been good for football as a business.

During his tenure as commissioner, Goodell's total earnings reach into nine figures. A report from Business Insider lists his career earnings as commissioner at around $150MM.

The Fool estimates Goodell's current net worth at around $75MM. With the new, incentive-laden contract, it's easy to imagine that number growing quickly. Goodell will probably have a nine-figure net worth within the next couple of years. He has a great track record as a deal-maker and the success of the NFL on the whole; he is likely to retain his job beyond his new contract's expiration in 2019.