Rob Kelley Injury: Redskins Running Back Out For Season 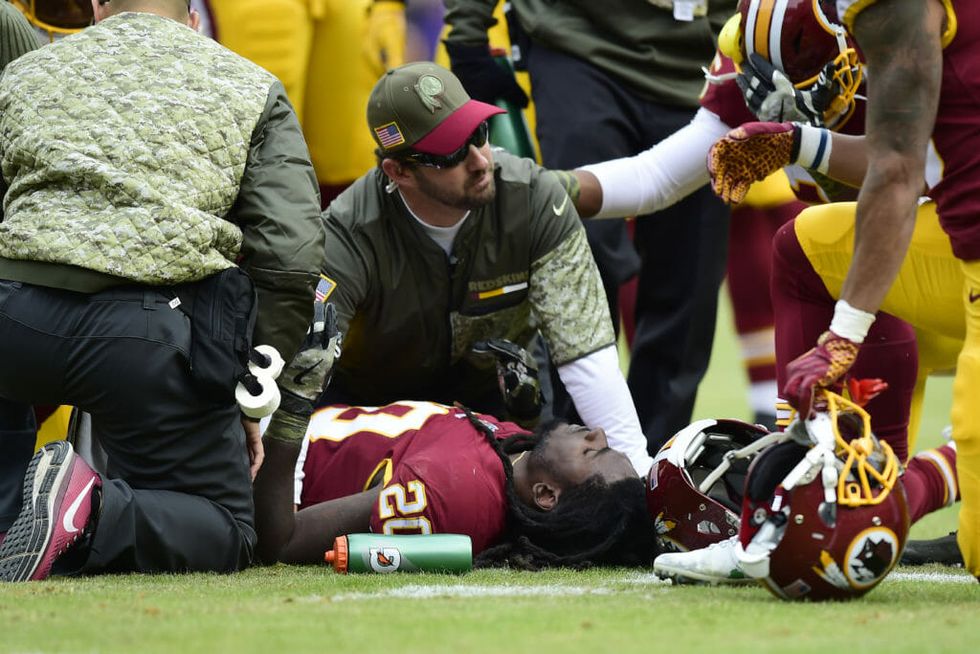 A disappointing season for Washington Redskins running back Rob Kelley has come to an early end. Following a series of tests, on Tuesday morning, Kelley was diagnosed with two injuries: a high ankle sprain and a partial tear of the MCL in his knee. Later in the day, the team announced that he is being placed on the injured reserve list.

The injuries forced Kelley to exit early from Sunday's game against the Minnesota Vikings. Before leaving with the injuries, Kelley had rushed for 10 yards on 4 carries, and added 4 yards on 2 catches. He'd been largely ineffective this season, averaging a paltry 3.18 yards per carry on just 62 carries across all of 2017. This may have been partly due to nagging rib issues he was dealing with. His rookie season, however, was a different story; "Fat Rob" topped 700 yards during the 2016 campaign after being signed as an undrafted free agent by the Redskins.

The Redskins have already announced that they've signed fellow running back Byron Marshall off the division rival Eagles' practice squad, but the majority of touches will almost certainly be split between Chris Thompson and Samaje Perine in Week 11. The Redskins are headed into a tough matchup against New Orleans, but Thompson in particular could be worth a flex play.

Thompson and Perine might not even be the best options available to replace Kelley; this week's waiver wire is actually flush with upside running back options. Jamaal Williams of the Packers is a likely candidate for at least 20 touches in Week 11. Dion Lewis and Rex Burkhead of the Patriots may also have better long-term upside than Thompson or Perine. Danny Woodhead is scheduled to return from his own injuries soon and could be available in your league.