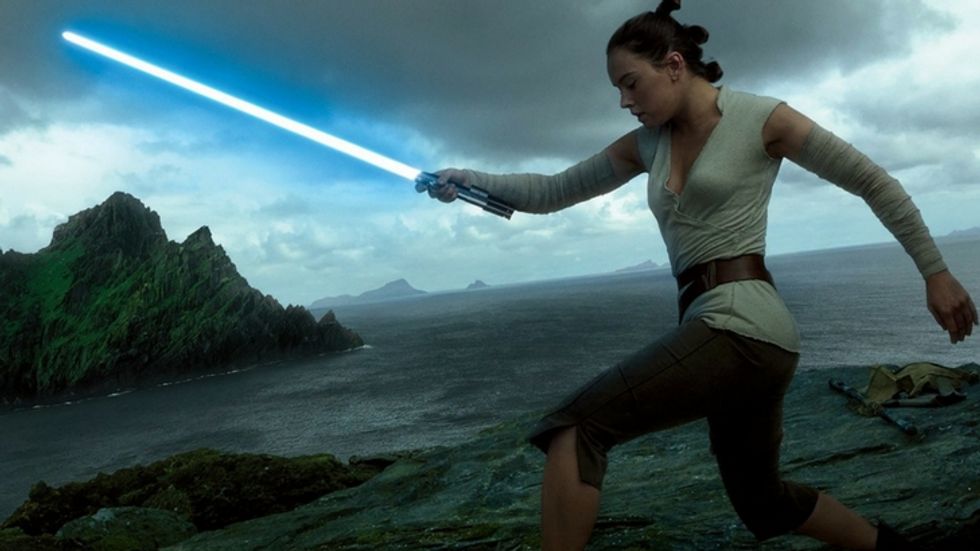 The latest installment of the Star Wars saga, The Last Jedi, opens in theaters nationwide on December 15, 2017. However, the first Star Wars reviews are already in. Here's what the critics have revealed about the next chapter of the sci-fi series.

Who Is The Last Jedi?

The opening credits of The Force Awakens reveals that Luke Skywalker is the lasting Jedi knight. But fans have long wondered if Luke is really the Jedi referred to in the title. Fan theories have speculated that Skywalker will embrace the dark side or that he shunned the Jedi way of life when he fell in love (and fathered Rey). However, director Rian Johnson has confirmed that Luke Skywalker is the last Jedi. But with Rey's training being shown in early trailers for the film, the question is how long Luke will be alone.

Expect to Cry When You See Carrie Fisher

Early reviews reveal that the late Carrie Fisher, Star Wars veteran actress, sees more screen time during her final film. Fisher had just finished shooting The Last Jedi before her death in December 2016 after suffering a medical emergency on a flight from London to Los Angeles. Those who saw the film at the premiere shared that Carrie Fisher's final time portraying Princess Leia Organa was feisty and genuine.

It was revealed at the premiere that Carrie Fisher's Star Wars co-stars dedicated the film to her memory.

There's a Plot Twist That Will Leave You Speechless

If there's one comment that many Star Wars reviews share, it's that there is an unexpected plot twist that harkens back to The Empire Strikes Back, where Darth Vader famously announces he's Luke Skywalker's father. Many fan theories have maintained that there is more to the villainous Snoke than has been revealed, leading many to speculate that the plot twist centers on the evil forces within the First Order.