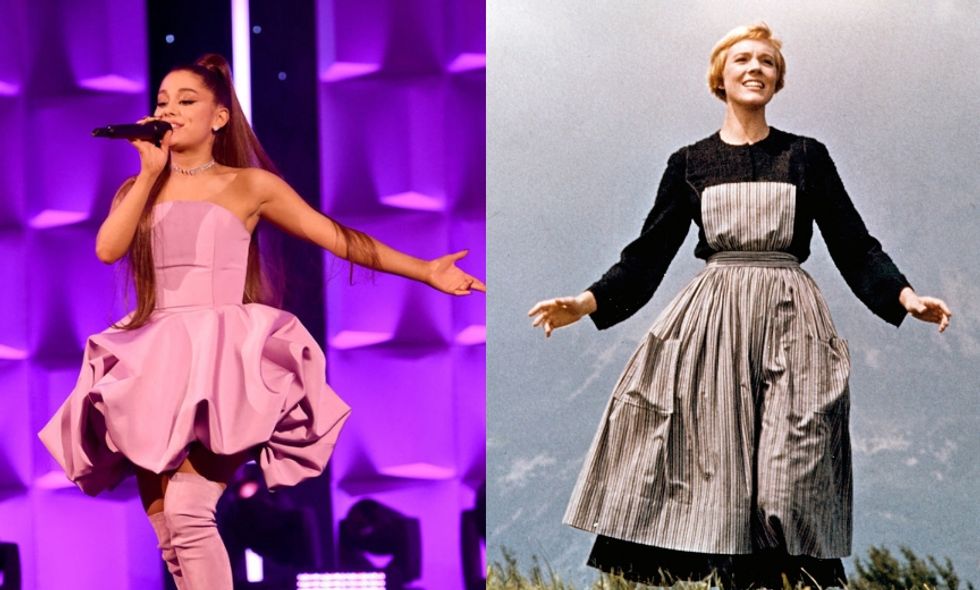 The release of Ariana Grande's latest hit "7 Rings" will sound familiar to any Broadway fan worth their salt. The song samples the song "My Favorite Things" from The Sound of Music, the Rodgers and Hammerstein musical that took Broadway and America by storm in 1959.

The Sound of Music was the last musical written by the iconic duo that also wrote Oklahoma!, Carousel, The King and I, and Flower Drum Song; Oscar Hammerstein died of stomach cancer nine months after the Broadway premiere. However, the musical gained even more notoriety in 1965 when the film starring Julie Andrews and Christopher Plummer came out and swept the Academy Awards.

However, Grande is hardly the first to sample a Broadway hit in a mainstream pop song. Here are a few of our favorites:

Gwen Stefani may be the furthest thing from a Tevye, but her 2004 hit "Rich Girl" sampled "If I Were a Rich Man," one of the seminal songs from Fiddler on the Roof. The song may be set to a faster beat with equally different lyrics, but the bare essentials are still present in the tribute.

MIKA's trademark playfulness is on full display in "Popular Song," his duet with Ariana Grande. The song features samples from several refrains from "Popular," one of the most famous numbers from Stephen Schwartz's Wicked. Coupled with a gothic school setting, the piece looks and sounds like it's straight outta Shiz.

Who knew Jay-Z was inspired by Broadway? His song "Hard Knock Life (Ghetto Anthem)" features Broadway's favorite orphans belting "Hard Knock Life" at a slower tempo and a heavier beat, transforming a favorite Broadway hit into the perfect anthem for strolling down the street.

4. "So Much Better" by Childish Gambino

Childish Gambino is full of surprises and he proved that when he sampled the Act I finale from a musical few would've expected: Legally Blonde: The Musical. In "So Much Better," Gambino uses the final notes from the Broadway counterpart of the same name, stretching it to make up the tonal foundation of the song.

The legendary Missy Elliot raps over this famous number of the same name from Broadway's Sweet Charity. Interspersed by the song's famous chorus, Elliot's trademark lyrics make the song even more sultry and empowering than its Broadway counterpart.

Are we missing any? Be sure to reach out below and let us know—or let us know of any songs you think might be worthy of the pop treatment.