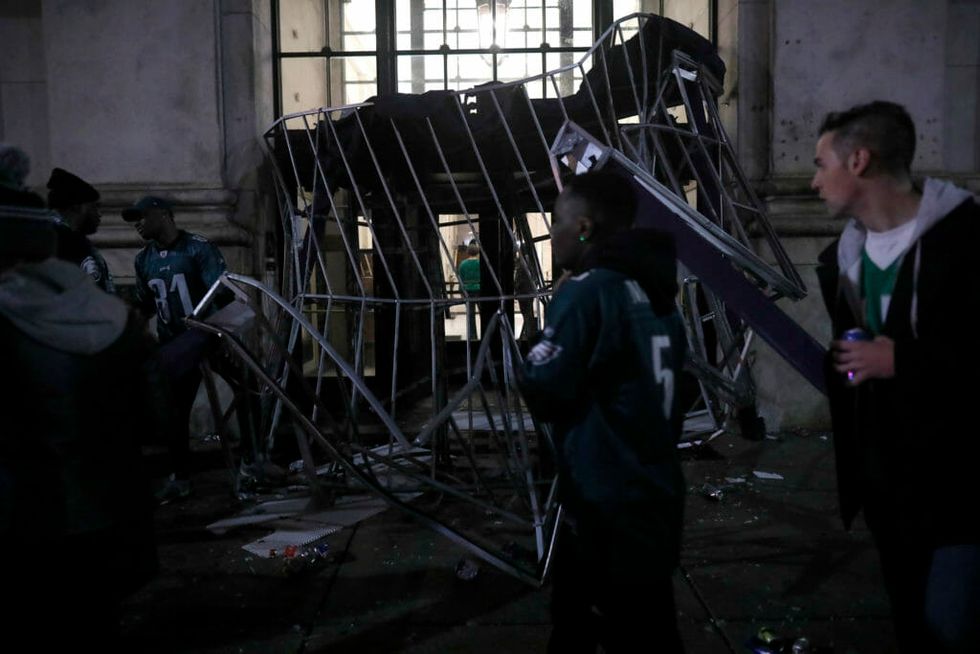 Despite all that, the Philadelphia Eagles took home the Vince Lombardi trophy. Quarterback Nick Foles led his team to a 41-33 win en route to Super Bowl MVP honors. It was the first-ever Super Bowl championship for the city of Philadelphia, and the fans have been waiting for this moment for what seemed to them like eternity.

The Eagles fanbase is notoriously boisterous. This year's title win for the city certainly didn't yield any exceptions to that behavior, as it seemed like the fans wasted little time in laying waste to everything in their path. People flipped cars, burned couches and smashed windows in a celebratory riot that took place in the hours following the final play of the game.

The following pages show some photos (courtesy of Getty Images) depicting the rioting fans in action.

Philly police officers did their best to keep fans away from a shattered Macy's window.

This upstanding group of fans appear to be tipping over a street plant.

A red light wouldn't have stopped this fan anyway...

Wouldn't be a true riot without a little impromptu graffiti.

Not sure what this used to be, but it sure won't serve the same purpose anymore.

When you're a champion, you can apparently sit anywhere you want.