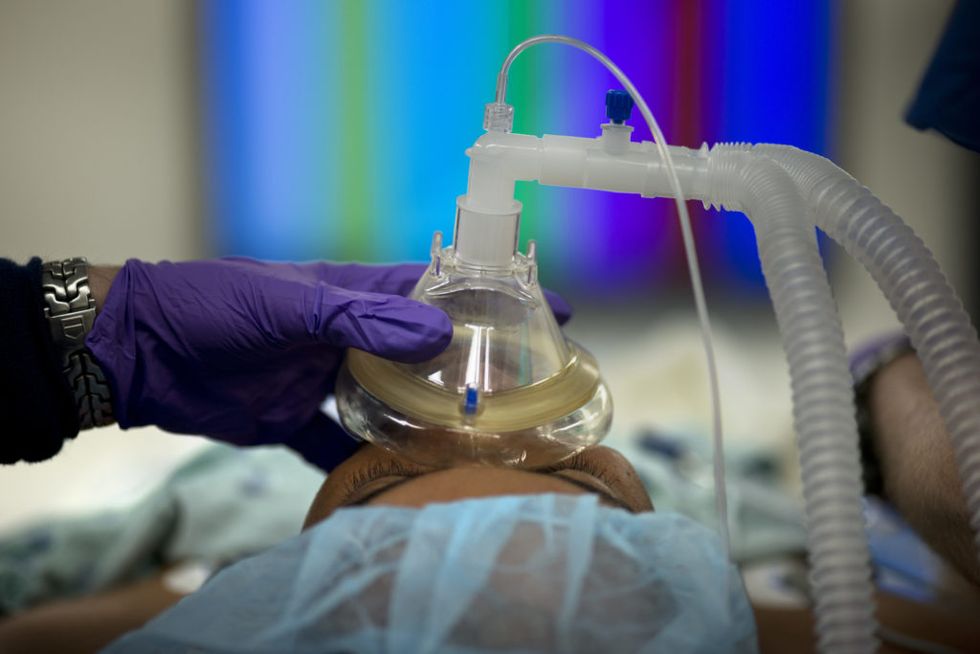 A anesthesiologist prepares a kidney donor in the operating room for a kidney transplant at Johns Hopkins Hospital June 26, 2012 in Baltimore, Maryland. The US Supreme Court is expected to announce their decision on the US President Barack Obama's healthcare law on June 28. AFP PHOTO/Brendan SMIALOWSKI

Few would argue with the importance of organ donation—138 million people in the U.S. have signed up as organ donors, and with more than 114 million Americans on the organ transplant waiting list as of August, the need for donors is greater than ever.

While typical complications for a recipient of a donated organ include rejection, surgery complications and infection, a recent case in the U.K. brought to light yet another risk even doctors couldn’t foresee: Donations by a woman with undiagnosed breast cancer resulted in four of the recipients of her organs contracting a “histologically similar” type of breast cancer over a period of 16 months to six years. Three out of four of them eventually died.

While donor organ recipients contracting cancer from the tissue isn’t unprecedented, it is extremely rare — the risk is considered to be less than 0.1 percent. But even then it’s usually only one patient who gets cancer, not four, according to the case study, published in the American Journal of Transplantation.

One by one, the donors eventually became ill with breast cancer — including the 32-year-old man, who was found to have breast cancer cells in his donated kidney. All but the man eventually succumbed to the cancer, which doctors believe spread more quickly due to immunosuppressive drugs the patients were taking to prevent organ rejection.

DNA analysis proved the original donor was the source of the cancer; doctors believe she had undetected metastasized breast cancer at the time of donation, and that each of her donated organs contained clusters of cancer cells.

"It remains unclear whether a predonation total-body CT scan of the donor might have revealed the malignancy,” the case study authors write. “The drawback of a routine postmortem CT scan for all donors is that it will increase clinically irrelevant findings, which might lead to more rejection of donors and a decrease of the already scarce donor pool."

Dr. Frederike Bemelman, co-author of the case study and a professor at the Department of Neurology at the Academic Medical Center, Netherlands,confirmedto Newsweek that this was an exceedingly unusual case.

"In my practice of more than 20 years, this case really stands out,” Bemelman said. “One can extrapolate from this that the current policy for the acceptance and screening of donors actually works really well. However, when it happens, one should consider removing the donor organ, if possible, so that all immunosuppressive drugs can be stopped. This gives the immune system a chance to restore itself and start an immunoresponse against the tumor cells."