Trains, Planes and Automobiles: Amtrak Tragedy Shines a Light on the Need for Increased Infrastructure Spending. 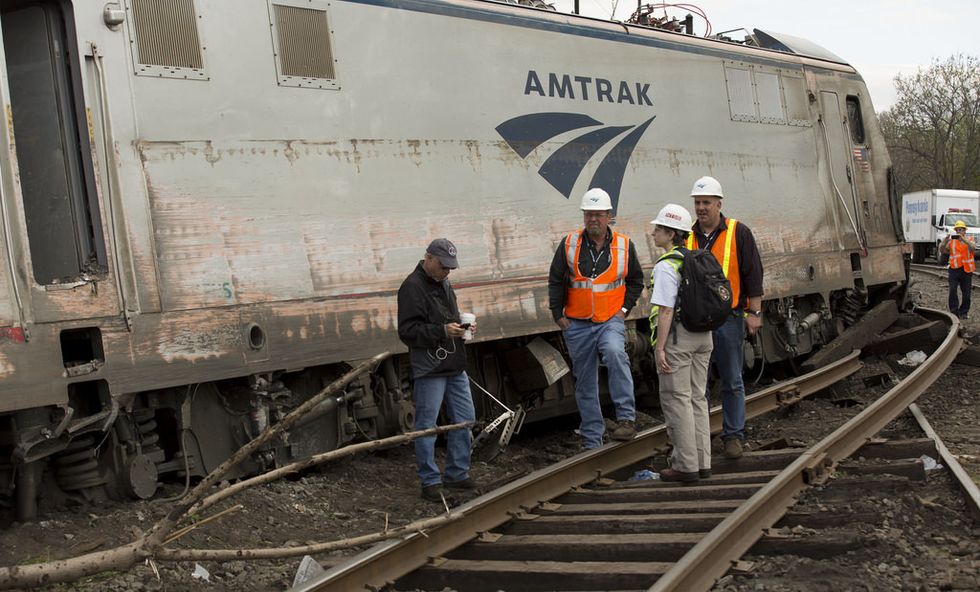 The New York Times reports that Amtrak train number 188 was carrying 243 people when it crashed in Philadelphia on Tuesday evening. At least eight people were killed and dozens more were injured, several of whom are reported to be in critical condition. According to the Times, the train was travelling at 106 miles per hour when it derailed—more than twice the speed limit on that section of the track—suggesting that the tragedy likely could have been prevented by the installation of a safety system called ‘positive train control.’

Positive train control is designed to prevent human error, such as allowing trains to travel at their maximum speed. CNN reports that such safety systems have been tested and implemented since 2007. After a 2008 rail accident that killed 25 people in California, Congress mandated that safety systems be installed on most heavily travelled passenger rail lines by December of 2015.

The ASCE estimates that Amtrak would need to invest $10 billion over the next fifteen years to achieve a state of good repair and to increase its passenger capacity to meet demand;  according to Amtrak, more than 86,000 passengers ride their trains every day. Merely maintaining Amtrak’s existing passenger rail service isn’t cheap either. While passenger fares tend to cover the cost of maintenance in the Northeast, the Amtrak rail system relies heavily on Congressional funding and state subsidies.

But the day after Tuesday’s horrific accident, the House Appropriations Committee voted to cut Amtrak’s funding by 15%. The vote was part of National Infrastructure Week, an annual event where stakeholders from across the country gather to discuss the importance of modernizing infrastructure in the US. According to NPR, the proposed infrastructure funding bill would make significant cuts to Amtrak. After reports of the accident, Democrats on the Appropriations Committee attempted to increase Amtrak’s funding allocation by $1 billion, but were unsuccessful—with some Republicans suggesting that Democrats were exploiting the tragedy for political gain.

At first glance, improvements in safety and modernization of our infrastructure seem like they would benefit everyone. But, according to Philip Bump of the Washington Post, there is a simple explanation for the Republicans’ efforts to block funding for Amtrak: districts that vote Republican don’t use Amtrak. While rail service is vital in our nation’s urban centers, it is less cost effective in rural areas, which tend to be home to more GOP voters. Bump believes, however, that despite the fact that voters in rural areas are less likely to use the service, the recent tragedy may change minds about the necessity of investing in our nation’s passenger rail system. Those who depend upon passenger rail can only hope he’s right.

No matter what happens with Amtrak, America needs to invest in our infrastructure before tragedies like Amtrak train number 188 become commonplace.