Inside the Mind of an Opioid Addict 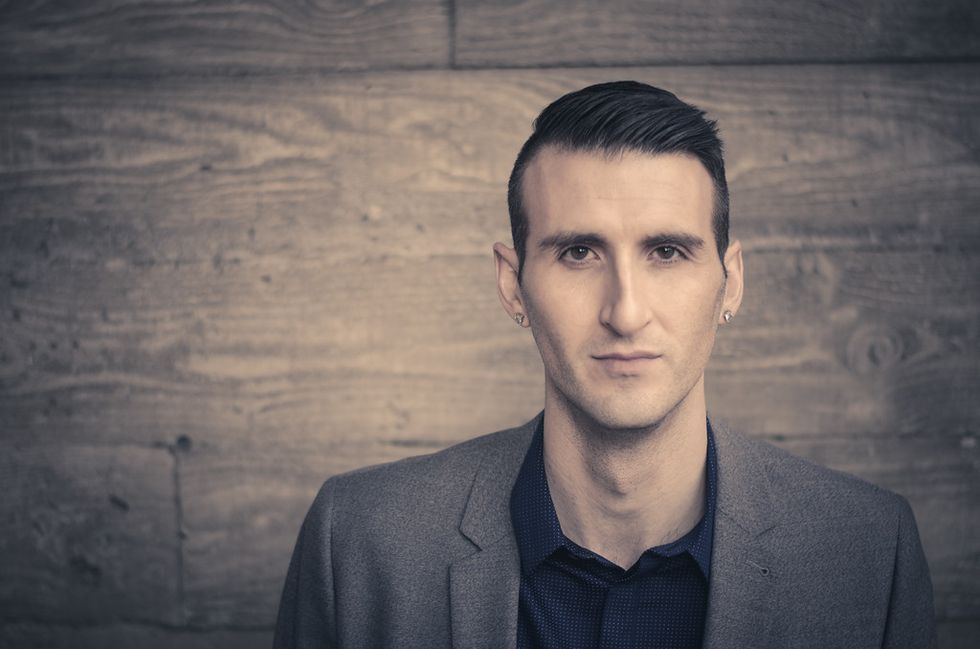 Christopher Heide, who recounts his struggles with opioid addiction in the following article. Heide is now a substance abuse disorder clinician based in Seattle. (Photo Credit: Chris Monsos)

Imagine feeling so thirsty and hungry that your entire survival depends on quenching it. Now imagine that same mighty thirst for drugs and alcohol. An urge so powerful it tells you that you will die without them. That is just a small glimpse of what it is like to be an addict.

America is currently in the midst of a devastating opioid epidemic. In 2016 alone, 64,000 Americans died from a drug overdose, which is more than the number of casualties from the Iraq and Vietnam wars combined. Unfortunately, addiction is heavily stigmatized and misunderstood, and many people believe that the disease is the result of a choice, a moral failing or lack of willpower. Nothing could be further from the truth.

I certainly had no intentions of becoming a drug addict. No one sets out to acquire a destructive, progressive and fatal disease. That’s the thing about addiction—you don’t realize that you have become a drug addict until it is too late.

Growing up, no one would have expected I would become a drug addict. I was the quintessential “good kid.” My family was middle class; I was given countless opportunities and was, at most times, a high achiever. On paper at least, I was massively accomplished. That didn’t, however, save me from experiencing various forms of trauma, bullying and abuse. Then, one day, addiction crept into my life and took control with a brutal chokehold.

My entire life I had felt adrift—like I hadn’t found my place in the world. I felt misplaced and separate from my peers. Those feelings created a hole within me; a hole so massive, so deep, that only drugs and alcohol could fill. From day one, drugs had a powerful grip on my personality, my psyche and my life.

The first time I ever took an opiate I was hooked. It was 2007. Unlike most people, I don’t experience the adverse side effects of opiate medication. While most people feel nauseated, itchy or lethargic, I feel intense euphoria and stimulation. For the first time, I felt complete. I was already a few years into my addiction before I began to experience severe consequences as a result of my use. I didn’t think I was “using drugs” because my doctor had prescribed them in response to pain I was experiencing as a result of a car accident. My back was injured and the Percocet helped to relieve the pain. Eventually, I felt I needed the drugs to live and my doctor gave them to me relatively freely.

Unfortunately, overprescribing narcotics is a common problem with American physicians—a problem so systemic that it has considerably contributed to the opioid epidemic.

I didn’t see a problem with my situation. The consequences piled up brutally and swiftly. Within a few years, my addiction escalated. I now needed more medication to function. I was losing friends, destroying relationships and suffering pretty severe social consequences. Friends told me that they did not want to be my friend anymore. Boyfriends broke up with me because of unpredictable behaviors that occurred as a result of my drug use. I lost jobs, money and a great deal of self-respect. Still, my addiction was so powerful that I truly believed that as long as I had the drugs, I would survive. My future looked bleak, as my urge to use grew daily stronger.

By 2011, my life had gotten so out of control that my family performed an intervention. They gave me an ultimatum: go to treatment or lose my family.

After a huge battle, I reluctantly agreed to go to treatment. It was a 28 day, abstinence-based program. Despite obvious evidence that I had become both an alcoholic and an addict, I still could not admit it to myself. I had lost the power to control my drinking and using, I experienced withdrawal symptoms, and I continued to use after my injury subsided. I believed that I had a problem with prescription pills and that I simply needed to “cut back.” I didn’t believe I was an addict and that I could simply learn to control my drug use. Denial is such a dominant force. It keeps people stagnant and sick. It is paralyzing and a barrier to the necessary process of change.

Following treatment, I relapsed. I do not believe that treatment was a failure- rather, it was a necessary step on my path towards eventual sobriety.

For the next 1.5 years, I was engaged in a brutal and debilitating relapse, in which my daily existence revolved around drugs and alcohol. I continued to dismiss that drugs and alcohol were the roots of my problem. I could not see that they were the very reason my life was in ruins. I was virtually broke and homeless and the consequences only continued to mount. I was emotionally and physically estranged from my family and most of my friends had long since abandoned me. (And rightfully so.)

My life continued to degenerate. I put myself in unsafe situations and did things I swore that I would never do. The entire point of my existence was to use. I was no longer using to get high––I was merely using to function and survive. My world had become so small. Jail and death became real possibilities. I have never felt so lost, hopeless and broken as I did then.

Finally, I had enough. March 19, 2013, is a date that I will never forget––it is my sobriety date. I finally realized that I had reached a point where continuing to use only guaranteed death. I did not want to die, so I decided to live.

Slowly, but surely, I began to piece my life back together. I got a job, I got an apartment, I made new friends. I amassed a great deal of social support and engaged in services (outpatient therapy for example) that I believed would help me maintain a long-term, quality recovery. I became educated on my disease and prioritized my recovery over everything else. Most importantly, I learned to think of my addiction as a disease. I was not a bad person. Rather, I had been a sick person who needed to get well.

It’s been five years and I am better than I have ever been. I have a career, a home and my self-worth. I have my family. I no longer feel the need to fill that internal void with drugs or alcohol; it has disappeared. Getting sober has been, and will always be, the greatest accomplishment of my life. For the first time in a long time, I was able to prove that I loved myself enough to try and get well.

For too long, the stigma of addiction kept me in the closet. Society told me that I was an evil, weak and amoral person who wasn’t trying hard enough. That I was actively trying to hurt and destroy my family. Nothing could have been further from the truth.

I attempted to quit many times. Even when I felt compelled to use, I didn’t want to. It was my own personal hell; the addiction was truly in control of my body. I want to be clear. I am not an addict because of how I was raised, or because of my sexuality, or because I didn’t have enough willpower. I am an addict because I have the disease of addiction. No one deserves to be shamed for having a disease. Giving up that addiction was terrifying— getting sober is like grieving the loss of a best friend. My addiction was something that provided me comfort and familiarity. Letting go of that is terrifying.

According to Claire Rudy Foster, a recovering addict and writer for The Huffington Post:

There is a stigma attached to addiction which can be deadly. But it’s not my stigma — I stopped carrying that shame and embarrassment around years ago, if I ever felt it at all. I experience this stigma when I share my identity with people who aren’t addicts, who don’t know someone in recovery, or who hold onto the idea that people like me are somehow second class citizens. It’s not my stigma. It’s yours. And your ignorance and fear is a much greater risk to me than a relapse. Your problem with addiction is much more likely to kill me than my problem with it. It’s time to change the story about substance use disorder, and that doesn’t necessarily start with me. It starts with the story you’re telling yourself about me.

Even by writing this personal narrative, I place myself at risk. You see, even though I am in recovery, there is still a palpable stigma attached to my past addiction. I can again be shamed, avoided and rejected because of a disease over which I had no control. I’ve worked hard to become the best version of myself and to contribute wholeheartedly to the world. In addition to becoming a published writer, I’ve also had the opportunity to continue my education. I now work as a Substance Use Disorder Clinician, a career that affords me the opportunity to help addicts who are continually stigmatized and emotionally broken. Defining someone by their past addiction is one of the most repressive, limiting and vilifying things that we can do. It limits a person's ability to change, evolve and recover.

The opioid epidemic––and drug addiction––will continue to be a problem at a societal level. Addiction is a massively systemic and woefully stigmatized problem. You wouldn't shame a cancer patient for having cancer, would you? The only difference is that addiction is a disease where the symptoms are external and behavioral––the addict acts in a manner that has a devastating impact on the people around them.

Until we learn to destigmatize addiction, the disease will continue to ravage on an individual and societal basis. The best way to begin the de-stigmatization process is to embrace and empathize with a suffering addict. Maybe, just maybe, by attempting to understand their pain, you will give them hope and motivation to want to get better.