Wrong All Along? New Study Casts Doubts On Benefits of Traditional Family Model 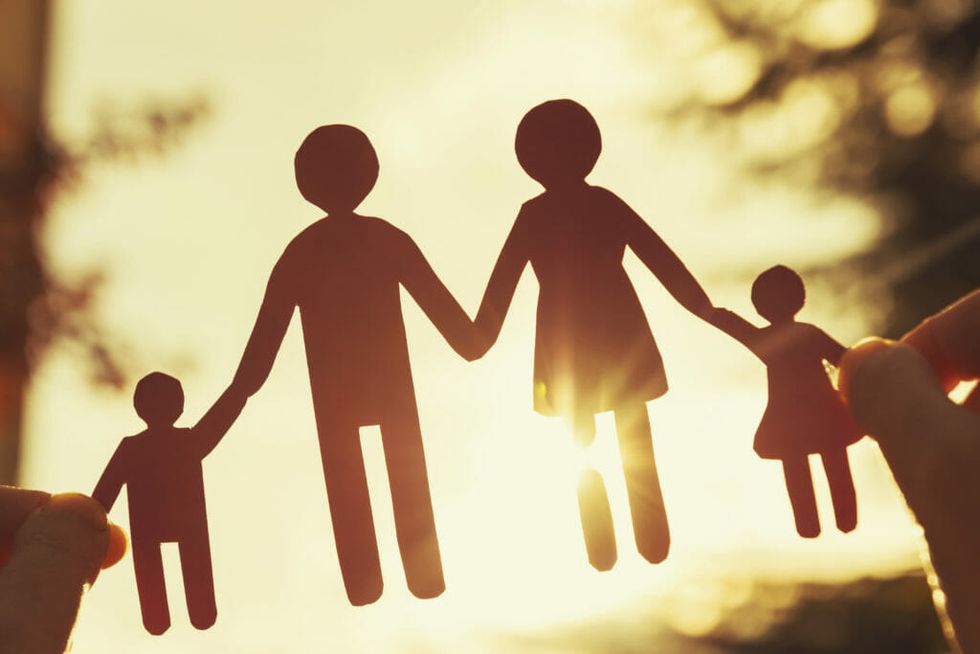 Independent organizations, like the Brookings Institute, have also touted the importance of marriage. In a study published last December, a group of scholars from both sides of the political spectrum tied the rise in single-family households to rises in inequality and poverty, declaring that “Marriage matters.” “Marital commitment remains the principal foundation upon which most Americans can build a stable and secure family.”

As eloquently stated by Sarah Blaffer Hrdy, a primatologist and evolutionary biologist who has written on the evolution of motherhood, “To say that a married mother with children is actually better off than a single mother with just one person taking care of the kids, well, duh, that’s obvious.”

The question–one that is still under-studied—is whether an extended network of support working together to raise a child is best for the family. Said Hrdy, “The studies have all looked at married versus unmarried or nuclear family versus single mother,” but there is little science on other nontraditional family structures.

The Evolution of Alloparenting

The relative lack of science on the subject is puzzling, because modern humans are likely the result of cooperative parenting–also known as alloparenting.

children cooperatively as a matter of necessity. As Hillard Kaplan explained in an earlier study, it takes approximately 13 million calories to rear a human being from birth to nutritional independence. The increased nutritional needs and long dependency period made it impossible for one mother, or even one mother-father pair, to provide all the care needed for their offspring.

Instead, our human ancestors likely relied on the community. By having some mothers stay with the children, it freed up other mothers to add to the food supply by gathering food or even hunting.

Is Alloparenting Best for Children?

While there are few studies on alloparenting’s effects on children, it is the norm in many cultures. And it has significant benefits.

In nuclear families, parents have a “monopoly of care” over their children, and are a dominant presence in their children’s lives. If one or more of the parents is neglectful, abusive or inexperienced, the relationship can inadvertently become pathologizing for the children. Alloparenting exposes and mitigates bad parenting.

Alloparenting has ties to greater socialization, safety, independence and even happiness. For instance, the Efe tribe in the Ituri Forest in the Congo Basin of Africa is an alloparenting community. Efe infants are passed around among caregivers an average of eight times per hour. A typical four-month-old Efe infant has 14 caregivers. Researchers have reported

Efe children to be smiling, laughing, bright-eyed and attentive on average 90 percent of the time that they are awake.

Is Alloparenting Best for Parents?

Studies are also woefully inadequate on the effect of alloparenting on parents–although to quote Hrdy, “well, duh”–having an extra set or ten of hands around to help with the increasing obligations heaped upon Western families would be helpful.

Whether studied or not, most families by necessity rely on a network of care—either formal or informal—to rear their children. More than half of all U.S. households with young children have two employed parents, creating a need for family, friends or paid caregivers to watch them.

Despite the need for a network of care, guilt and financial pressure often surround it. Karen Hansen, a Brandeis University sociologist, found that all economic classes of parents rely on these networks. But the professional middle-class parents were more vulnerable to job pressures, which lead to a higher level of anxiety about often cobbled-together childcare arrangements. “We should support and promote these kinds of relationships, which are found among all classes and races.”

Despite the need to support these relationships, government spending persists in promoting the nuclear family, with little success. For instance, the Manpower Demonstration Research Corporation (MDRC) performed an evaluation of the Healthy Marriage Initiative’s marriage education program and determined “it did not lead more

couples to stay together.” Researchers at the National Center for Family and Marriage Research at Bowling Green State University similarly concluded that there was not much to show for the $600 million spent since 2001 on the Healthy Marriage Initiative.

While the government cannot force couples to marry or stay together, they can create greater access to a broader circle of support. Legislation like the proposed Child C.A.R.E. Act, introduced in Congress in February, would help low-income households obtain high-quality infant care, although it falls far short of a universal child care package.

Philosopher Anca Gheaus, a strong proponent for alloparenting, admits that moving toward an alloparenting model would require a revolution in childrearing. But it seems it is a revolution that is gaining support. People move to where they can get jobs, which can leave them isolated. Unrest over the increasingly high costs of child care is bubbling as working parents find themselves paying more in child care costs than they are earning.

A successful revolution would take us back 2 million years, but could bring our society forward, too.