Once And For All, Are Men’s and Women’s Brains Different? 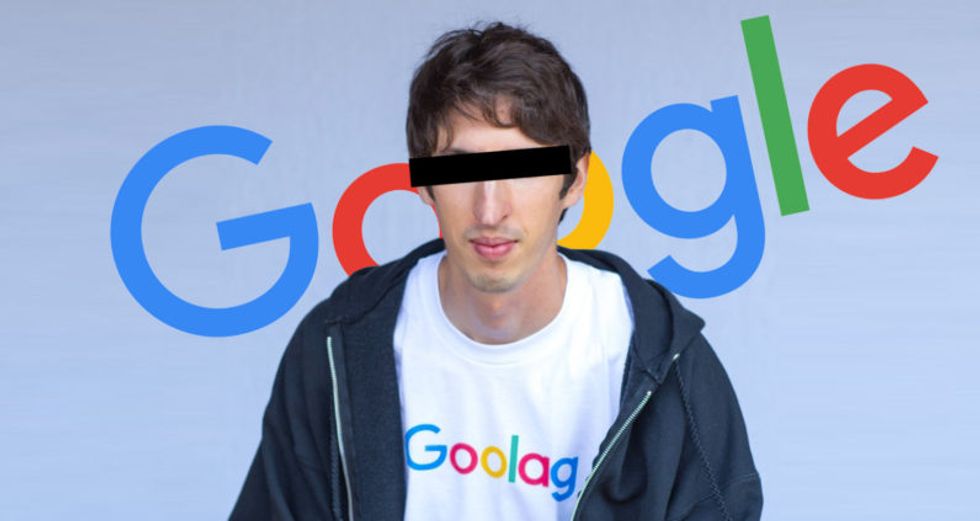 If you’ve any doubt that sexism is alive and well in the United States, look no further than recently fired Google employee James Damore who disseminateda 10-page long manifesto criticizing Google’s diversity policies in favor of men. Damore hung his sexist hat on evolutionary psychology, a controversial field that suggests psychological traits are selected in the same way as our biological traits via evolution, which then confers entitlements like better pay and promotions to those he deems superior, namely men.

His conclusion? That men and women “biologically differ in many ways,” and thus, men have a biologically-based “higher drive for status” which suggests that men are somehow more inherently entitled to make more money than women. “We need to stop assuming that gender gaps imply sexism,” Damore wrote, while apparently ignoring the evidence that sexism is, in fact, strongly associated with women receiving lower pay than men on average in almost every field imaginable.

While Google and the rest of the Internet have responded to Damore’s manifesto withrighteous indignation, his ranting has brought the topic of sex-based differences in biology to the forefront once more. And it turns out that there is dissent even among the scientists who study sexual dimorphism, as these differences are called.

THERE'S NO THERE, THERE

Take a2015 study published in the Proceedings of the National Academy of Sciences (PNAS), in which Daphna Joel, a professor of psychology and neuroscience, and her colleagues at Tel Aviv University in Israel, analyzed the brain scans of 1,400 people ages 13 to 85 looking for sex differences. They looked at the size of brain regions in both gray and white matter, and the strength of neural connections between them. What they found was a far greater degree of variability than might be expected. Though brains do fall into two classes, the authors write, one “typical of males and the other typical of females,” the brains were not aligned along a “male brain—female brain continuum.” Instead, there was quite a lot of overlap “of the distributions of females and males for all brain regions and connections assessed, irrespective of the type of sample, measure, or analysis (including analysis of absolute brain volumes).”

The researchers referred to the brain as a “unique mosaic of features” that leads to a more non-binary picture of the brain in which everyone has some typically male and typically female brain features.

“The theory goes that once a fetus develops testicles, they secrete testosterone which masculinizes the brain,” JoeltoldNew Scientist. “If that were true, there would be two types of brains.”

On the contrary, there are not two brain types, but rather nearly identical brains whose structures may appear to be slightly bigger or smaller, and whose connectivity in some of those areas may be more or less, depending on the sex.

“People get wedded to the idea that being male or female is highly predictive of having different aptitudes or career choices,”said Margaret McCarthy, an expert on brain sex differences at the University of Maryland School of Medicine in Baltimore. “This study fights against the idea that these outcomes are based on biological differences, as opposed to cultural expectations.”

Another common misconception, Joelsaid in an interview with Spectrum News relates to the origin of sex differences. Researchers tend to assume that differences in the brains of men and women reflect the effects of sex hormones or chromosomes on the brain. “But sex can also affect the brain and other organs indirectly through its effects on determining the form of the genitalia, muscle mass, body size or amount of fat tissue,” Joel said. She gives the example “sex differences in cardiovascular disease incidence that are related to elasticity of arteries are completely accounted for by the average height difference between women and men.”

Joel suggests that our gender binary is reductive when it comes to biology—and it’s not just brains that are parsed into unnecessary categories. “We separate girls and boys, men and women all the time,” she says. “It’s wrong, not just politically, but scientifically—everyone is different.”

As much as Joel’s research offers more possibilities for science to pave a way for a non-binary, or even genderless future, anew study published in the Journal of Alzheimer’s Disease reveals some differences that, while not quite contradicting Joel’s research, offer an alternate view.

Psychiatrist Daniel Amen and his colleagues at Amen Clinics, which offer “integrated brain health care services,” analyzed brain scans of 46,034 people looking for differences in brain activity between men and women, particularly relating to the ways psychiatric conditions show up in the brain. They used SPECT (single photon emission computed tomography), in which a radioisotope is injected into the bloodstream, to highlight blood flow that can then be recorded by a camera. While normally used to look for signs of cardiovascular disease and cancerous tumors, in neurology, it makes it possible to look at big picture functions of the brain in groups of participants. Amen and colleagues claim to have found evidence that in women the prefrontal cortex is more active than in men’s—that’s a part of the brain commonly associated with impulse control and focus. They also found increased activation of the limbic system, associated with mood and anxiety levels. They extrapolate that this may offer an explanation for why women show more empathy, intuition, and self-control. Then they say they found that in men, the visual and coordination centers, commonly thought of as “spatial skills,” were more active in men.

While Amen’s research is compelling, there’s one caveat. Most of the samples he studied also featured psychiatric conditions, ranging from brain trauma to mood disorders, schizophrenia/psychotic disorders, to name a few. Little more than 115 of the more 40,000 scans were considered healthy. This suggests that the sample does not accurately reflect a normal population.

Moreover, Amen has a less than stellar reputation in the psychiatric community. “In my opinion, what he’s doing is the modern equivalent ofphrenology,”saidJeffrey Lieberman, APA president-elect, author of the textbook “Psychiatry” and chairman of Psychiatry at Columbia University College of Physicians and Surgeons. “The claims he makes are not supported by reliable science, and one has to be skeptical about his motivation.”

However, the answer may actually lie somewhere in between “yes there are differences” and “no there are not.” Neuroscientist Amy Kruse, Chief Scientific Officer of the Platypus Research Institute, points out that the entire field of sex differences in neuroscience can be considered a new field, emerging only in the past 15 to 20 years. “On the whole, for a long time sex differences in neuroscience research had been ignored unless specifically related to reproductive issues,” she tells Second Nexus. In her review of the literature she says they do find structural differences in the brain volume of men and women—men’s brains tend to be slightly bigger—and connectivity—women have increased activity in some structures such as the corpus callosum, “the highway between the brain hemispheres”—“but there’s no hit-you-over-the-head kind of difference.”

We also understand very little about the effects of sex hormones on the brain.

When it comes to extrapolating meaning out of these differences in the real world, she urges extreme caution and points out that the kind of tasks given to men and women in laboratory studies are incredibly simple, on the order of “Listen to this tone, pay attention to that thing, memorize this information,” she explains. “These tasks don’t necessarily map cleanly and neatly to the jobs we do.”

She feels there’s often a rush to make meaning out of the differences found between the sexes but given how young this area of research is, she suggests that’s a foolish thing to do without a lot of consideration. “We can make speculative statements but I caution against it, because human brains are so complicated and it’s hard to get into the brain and do the recordings you can do on other animals.”

She cites Larry Cahill, a prominent neuroscientist who wrote a forward in theNovember 2016 issue of the Journal of Neuroscience Research, which is dedicated to looking at sex differences in the brain. “He says just because our brains are different doesn’t mean we’re not equal. Sometimes different is just different.”

Besides, she adds, “We always have to remember the miracle of neuroplasticity—that is we can train our brains to do a lot of really amazing things.” So just because there are sex differences in the brain, she says, “doesn’t mean a man or woman couldn’t pursue a career, training or outcome and master that space.” She states, for example, that while you can easily find fifteen studies saying one sex has better working memory, she can show you another fifteen on how to improve your working memory. “Yes, there may be structural and hormonal differences, but due to neuroplasticity, if there’s something we want to enhance, learn, or amplify, we are rapidly developing tools to do that.”

What scientists like Kruse and Joel suggest is that while we should continue to open doors to study these differences, we should hit pause on making real life applications out of the information we find–something James Damore still needs to learn.