Is 10% of the population really gay? 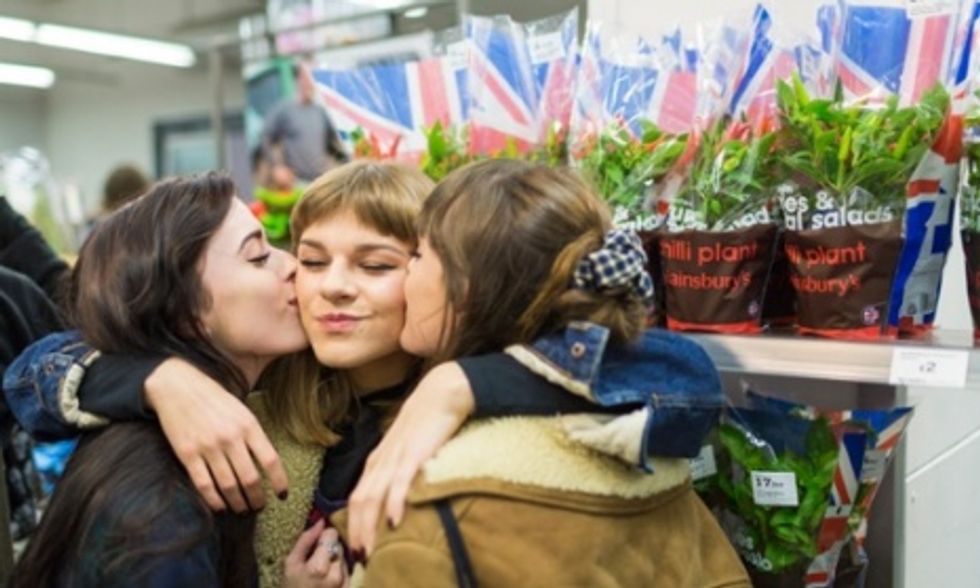 Drawing on the widest survey of sexual behavior since the Kinsey Report, David Spiegelhalter, in his book Sex by Numbers, answers key questions about our private lives. Here he reveals how Kinsey's contested claim that 10% of us are gay is actually close to the mark.

For a single statistic to be the primary propaganda weapon for a radical political movement is unusual. Back in 1977, the US National Gay Task Force (NGTF) was invited into the White House to meet President Jimmy Carter’s representatives – a first for gay and lesbian groups. The NGTF’s most prominent campaigning slogan was “we are everywhere”, backed up by the memorable statistical claim that one in 10 of the US population was gay – this figure was deeply and passionately contested.

So where did Bruce Voeller, a scientist who was a founder and first director of the NGTF, get this nice round 10% from? To find out, we have to delve back into Alfred Kinsey’s surveys in 1940s America, which were groundbreaking at the time but are now seen as archaic in their methods: he sought out respondents in prisons and the gay underworld, made friends with them and, over a cigarette, noted down their behaviors using an obscure code. Kinsey did not believe that sexual identity was fixed and simply categorized, and perhaps his most lasting contribution was his scale, still used today, in which individuals are rated from exclusively heterosexual to exclusively homosexual on a scale of 0 to 6.

Kinsey’s headline finding was that “at least 37% of the male population has some homosexual experience between the beginning of adolescence and old age”, meaning physical contact to the point of orgasm. He claimed that 13% of males were predominately homosexual for at least three years between the ages of 16 and 55 (scoring at least 4) and that 4% of males were exclusively homosexual all their lives (scoring 6). For 30-year-old US men, he estimated that 83% would score 0 (totally heterosexual), 8% would be 1 or 2 on the scale, and 9% would be at least a 3. He acknowledged that people could move on the scale during their lifetime, and indeed Kinsey himself is said to have moved from a 1 or 2 when younger to a 3 or 4 in middle age.

When he published his study on women in 1953, Kinsey estimated that 20% of women had had some same-sex experience and 13% to orgasm. In unmarried females between the ages of 20 and 35, he claimed there was at least

some homosexual experience in 11%-20%, and 1%-3% were exclusively homosexual.

So, in 1973, when Voeller was putting together the NGTF campaign, he went back to Kinsey’s estimates for those with predominantly homosexual experience (4 to 6 on his scale) for at least three years. As this was around 7% for women and 13% for men he took an average to get the headline figure: 10% of the population was gay.

This 10% claim was controversial, to say the least, and reignited old arguments about Kinsey’s poor survey methods. But even cleaned-up data gave similar answers, and Voeller stuck to the 10%, stating in 1990 that “the concept that 10% of the population is gay has become a generally accepted ‘fact’… As with so many pieces of knowledge (and myths), repeated telling made it so.”

This did not stop this figure being strongly disputed by conservatives, who were overjoyed when, in 1991, the US National Survey of Men estimated that only 2.3% of men said that they had not been exclusively heterosexual, while only 1.1% said they had been exclusively homosexual. Statistics had become part of a political battleground, with heated arguments back and forth, but unfortunately without any agreed definition: what was meant by “homosexual”?

When it became necessary to predict what would happen to the Aids epidemic, it was vital to find out what people actually did with each other. It was clear that just asking people their sexuality could give wildly differing answers depending on how people interpreted terms such as “homosexual”, and so a more nuanced approach was adopted. Surveys started to distinguish between identity (what sexual orientation you claim); attraction (who you find sexually attractive); and behavior (whether you have had same-sex experiences). The numbers for each area turn out to be very different.

Let’s start with sexual identity. The National Survey of Sexual Attitudes and Lifestyles (Natsal) is the most reliable source of information on what [British people] do in private, and has taken place every 10 years since 1990. Natsal-3, from around 2010, asked which “best describes how you think of yourself”: a) heterosexual/straight; b) gay/lesbian; c) bisexual, d) other?

Over an age-range from 16 to 74, 1% of women and 1.5% of men consider themselves gay/lesbian, and 1.4% of women and 1% of men think of themselves as bisexual. But there is a clear gradient with age, with a much higher proportion in younger people, particularly in younger women: the percentage for women between 16 and 24 jumps

Sexual identity is also now part of official government statistics. As part of its huge household survey, the Office for National Statistics (ONS) found 1.1% reported their identity as gay or lesbian – roughly the same as Natsal. But only 0.4% of respondents reported themselves as bisexual to ONS, around a third that reported to Natsal. So is this evidence of bias in the Natsal participants or a sign of reluctance to open up in a general household survey that is largely concerned with mundane matters such as shopping habits?

I am inclined to go with Natsal, and my judgment would be that roughly one in 80 adults under 75 would consider themselves gay/lesbian and one in 80 bisexual, but with the balance towards bisexual in women. That works out to a total of nearly 1.2 million – the population of Birmingham.

There are around 9 million LGBT (lesbian, gay bisexual and transgender) Americans, roughly equivalent to the population of New Jersey, according to a recent US review. But, just as in the UK, the routine US National Health Interview Survey (NHIS) comes up with a lower figure for bisexuality than the dedicated sex surveys: it seems plausible that there is less willingness to acknowledge bisexual identity in routine surveys, whereas those who clearly identify themselves as gay or lesbian are willing to be more upfront.

Same-sex sexual behavior can come in all degrees of intensity. So Natsal carefully distinguishes a “same-sex experience”, which could be just a smooch in the dark, from a “same-sex partner”, who is someone with whom you have had any genital contact intended to achieve orgasm. Respondents are asked about activity at any age, so adolescent fumblings counted.

For women in the age range 16 to 44, the proportion who report having had some same-sex experience has shown a dramatic rise over the past 20 years: from 4% in 1990 to 10% in 2000, and to 16% in 2010 – a massive change in behavior over such a short period. But this is not all just girls kissing girls in imitation of Madonna and Britney Spears; around half report genital contact, and around half of these in the past five years, so that overall nearly one in 20 women report a same-sex partner in the past five years.

But has there really been a change, or are women simply more willing to report what they get up to? Using some neat cross-checking, Natsal reckons that the change between 1990 and 2000 was partly due to more honest reporting, but the rise in 2000 and 2010 was all real.

And it is clear that there is a lot of experimental activity – roughly, for each woman who has had a recent same-sex partner there are two more of the same age who have had some same-sex contact in their lives, but no partner in the

Men show a different pattern. In 2010, about 8% of 16- to 44-year-old men reported having had a same-sex experience: this is higher than in 1990, possibly associated with both better reporting and the decline in fear of HIV, but there have been no substantial recent changes.

However, the picture shows a clear peak of lifetime same-sex experience for men aged around 60, and then a dramatic drop in those around 70, a pattern not seen in women. History might provide some explanation: men now aged around 60 were teenagers in the liberating 60s, when homosexuality was legalised, while men who are now around 70 grew up when same-sex male behaviour in men was illegal and frequently prosecuted. Much younger men, meanwhile, would have come to adulthood in the more sober era of HIV.

This must mean that many same-sex contacts are by people who do not consider themselves gay or bisexual. That’s just what we find in reputable surveys: in the last big US survey, 10% of women and 3% of men who identified themselves as “heterosexual” also reported a same‑sex contact.

Hence the public health world uses the rather clumsy phrase “men who have sex with men” (MSM) rather than “homosexual” or “gay”.

And there is one characteristic that unites female and male same-sex experience: the rates are two to three times higher among those with further education than those with no qualifications.

Along with changes in behavior, there’s been a consistent shift in attitudes to same-sex partnerships. Natsal has been asking the same questions at 10-year intervals, and the proportion of 16- to 44-year-old women who agree that “same-sex relationships are not wrong at all” has gone up from 28% in 1990 to 66% in 2010 – an extraordinary reversal of opinion over just 20 years. Men are a bit more conservative, but agreement has still more than doubled, from 23% to 50%.

Yet his legacy lives on. Because, if we consider possible transient same-sex behaviour, his rather wild stat-in-the-dark begins to look rather reasonable. Identity aside, ten per cent of the population, it seems, could well be involved in same sex behaviour after all.

Originally published in The Guardian by David Spiegelhalter.