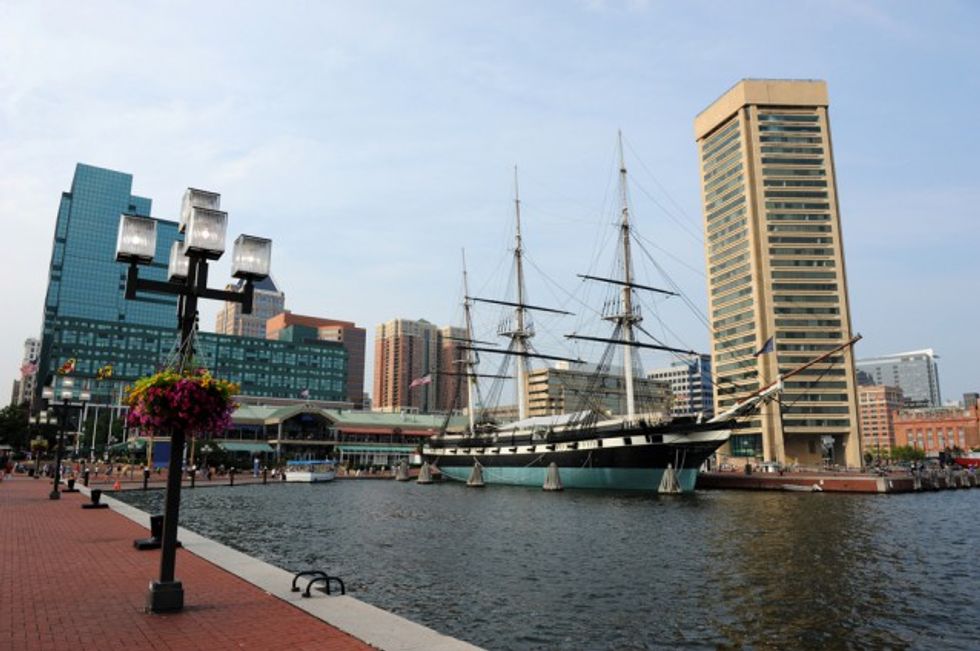 Starting this week, 25,000 households in Baltimore will suddenly lose their access to water for owing bills of $250 or more, with very little notice given and no public hearings.

Rita, a renter in Southeast Baltimore who asked to remain anonymous for this story in order to protect her two children from being taken away, told ThinkProgress she was served with a shutoff notice last week. Maryland law states that a child that is “neglected” may be taken out of his or her home and put into foster care. One characteristic of “neglect” as defined by the Maryland Department of Human Resources is a child with “consistently poor hygiene” that is “un-bathed, [having] unwashed or matted hair, noticeable body odor.”

“I love my kids, and I’d do anything for them,” Rita told ThinkProgress. “But if I turn on the shower or the sink and there’s no water, how can I give them a bath?”

Food and Water Watch researcher Mary Grant explained that making water unavailable to residents is a major health risk, and that if Baltimore were to deprive 25,000 households of water, diseases would have a high chance of propagating throughout densely-populated neighborhoods.

“There is direct risk associated with lack of access to water,” Grant told ThinkProgress. “When you lose your water service, you lose water to wash your hands to flush the toilet, there is risk of disease spreading.”

City officials like Department of Public Works director Rudy Chow claim that residents using water without paying are to blame for the $40 million in overdue water bills. In fact, the Baltimore Sun found more than a third of the unpaid bills stem from just 369 businesses, who owe $15 million in revenue, while government offices and nonprofits have outstanding water bills to the tune of $10 million. One of those businesses, RG Steel (now bankrupt) owes $7 million in delinquent water bills all by itself.

According to Grant, Baltimore has steadily increased water usage rates over the past three years by a total of 42 percent, once another 11 percent rate increase takes effect this July. The Baltimore Sun reported that the public works department elected to raise the rates in 2013, when 19,500 customers owed $29.5 million. While the city has pointed out that there are payment plans available for residents behind on water bills, Grant said the help is far too small to make any real difference for overdue households.

“There is low-income assistance, but it’s only a one-time payment of $161,” Grant said.

Approximately half of Baltimore’s 1.8 million residents rent their homes, and many are counting on property owners to promptly pay water bills. Even if a landlord is not making payments, Baltimore’s water department refuses to open new water accounts for anyone who isn’t a property owner. Jessica Lewis, co-founder of the Right To Housing Alliance, said landlords shifting water payment responsibilities to tenants is a “growing problem.”

“We have weekly tenants’ meetings here, and there’s never a meeting where someone isn’t talking about how high the water bills are,” Lewis said. “Tenants have a hard time challenging water bills when these burdens are shifted from the landlord to the

Last year in Detroit, residents fought back against a similar plan to shut off water to customers with overdue bills. At one point, the United Nations stepped in and condemned the city’s water shutoff plan, taking the side of residents unable to pay increasingly high water bills.

“Disconnection of water services because of failure to pay due to lack of means constitutes a violation of the human right to water and other international human rights,” the statement read.

Catarina de Albuquerque, a UN expert on the human right to water and sanitation, directly addressed the argument that Detroit Water and Sewerage Department officials proposed that residents who have the means but don’t pay deserve to lose their access to water.

“Disconnections due to non-payment are only permissible if it can be shown that the resident is able to pay but is not paying. In other words, when there is genuine inability to pay, human rights simply forbids disconnections,” de Albuquerque said in the statement.

According to Jessica Lewis, Baltimore’s recent water shutoff initiative may be the follow-up to a failed effort that could have led to the privatization of Baltimore’s water last year. In August 2014, a group of Baltimore residents and community organizations formed the One Baltimore United coalition, which dedicated itself to fighting a proposed $500,000 consulting contract between the City of Baltimore and Veolia, a private water corporation.

The Baltimore Sun reported that Veolia’s proposal for an evaluation of the city’s aging water systems would ostensibly improve “operation and maintenance performance” while “reducing costs and enhancing operational efficiencies.” However, Lewis said that would have only paved the way to privatization.

“What happens is these studies then become proprietary information, and the city has to agree to privatizing some of its infrastructure for the repairs to be done,” Lewis said. “[The contract] was only shut down because of a strong public outcry.”

Residents and advocates are calling for the city to institute a moratorium on all water shutoffs until those served with notices have had a chance to have their side considered in public hearings. The city has yet to respond to protesters’ demands of a moratorium, and has not yet scheduled any public hearings.

“The city is trying to make the case that this is bad actors, but many people don’t have the resources to pay their water bill in this low wage economy,” Grant said. “We don’t want to get into a situation where people have to choose between food on their plate and water in their tap.”

*UPDATE: This post has been updated with the correct name of Jessica Lewis’ organization. She represents the Right To Housing Alliance, not the Housing Rights Alliance.