Climate Change Is Having a Profound Effect on Family Planning 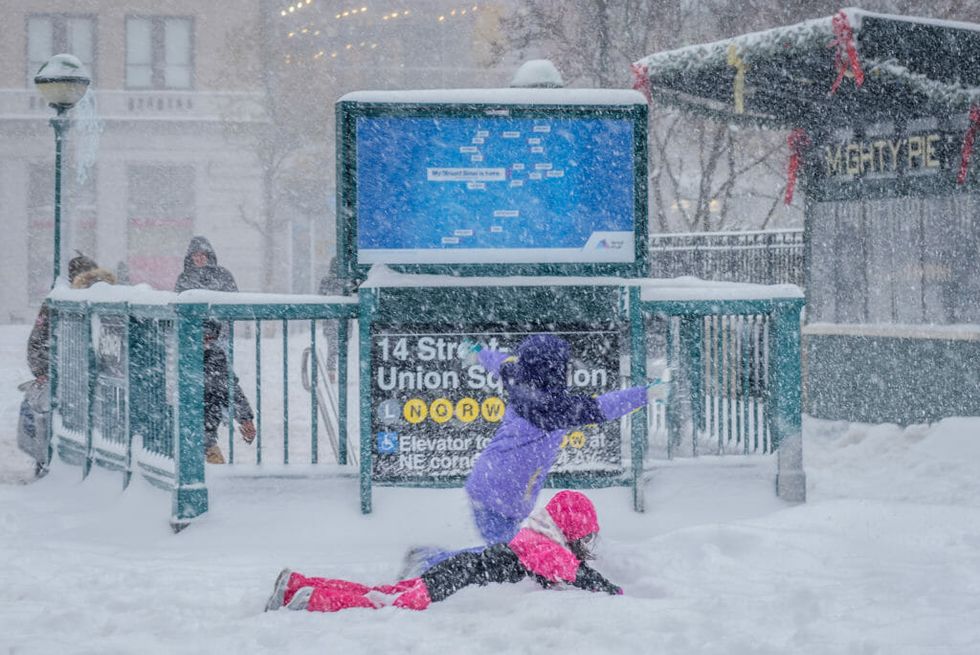 If you bring reusable grocery bags to the store, take the train to work and pay a premium on your utility bill for a renewable energy source, you may think you’re doing all you can to help the environment.

Not so if you have kids, according to some  — who are choosing not to reproduce due to climate change and other environmental concerns.

“Having children is the most destructive thing a person can do to the environment.”

“Years ago, there was a study I learned about,” Stefanie Weiss, a childfree writer in her 40s, told the website Broadly. “There’s this number, 9,441. That’s the amount of additional metric tons of carbon you add to the atmosphere for every child you have. You can never take it back.”

For context, a similar amount of carbon would be produced by driving a car for more than 40 years nonstop, or leaving a 13-watt CF light bulb on for 79,031 years.

“Having children is the most destructive thing a person can do to the environment,” announced the UK Independent last year, citing a study that determined having one fewer child — or, better yet, no children at all — was the No. 1 way to reduce one’s lifetime carbon emissions. The study factored in the child’s own emissions, as well as the child’s children and grandchildren.

Couples are taking note. According to a recent report in The New York Times, more than a dozen people interviewed by Conceivable Future, an organization founded to “bring awareness to the threat climate change poses to childbearing,” factored everything from extreme weather to drought into their decision whether to have kids.

“I don’t want to give birth to a kid wondering if it’s going to live in some kind of ‘Mad Max’ dystopia,” one of the participants was quoted as saying.

Fewer babies are being born in the U.S. than ever before.

Adding to the sentiment, the U.S. birth rate has reached a historic low point. In 2016, only 62 babies were born per 1,000 women age 15 to 44. Though much of the drop has been attributed to women having children later in life, when they may have more difficulty conceiving, the reduction in births spans all age groups and ethnicities.

It bears mentioning, however, that as dire as the political, economic and climate scenario may seem in 2018, people have been warning of impending doom since… well, forever. From plagues and disease outbreaks in the Middle Ages to the threat of nuclear war in the 1940s and political assassinations in the 1960s, the end has always seemed nigh. And yet here we are, reading the news on our computers and phones. Which, some experts say, may actually be part of the problem.

IN SPACE - SEPTEMBER 6: In this satellite illustration from NOAA, Tropical Depression Sixteen (L) is shown off the coast of Florida along with Tropical Storm Nate (C), and Hurricane Maria (R) September 6, 2005. Maria was weakening September 7 as it headed towards colder waters while Tropical Nate went south of Bermuda. (Illustration by NOAA via Getty Images)

Thanks to Twitter and the 24-hour news cycle, disasters like distant wildfires and starving polar bears are literally brought into our living rooms, making the world’s problems seem impossibly large, urgent and personal. It’s difficult — and feels selfish — to consider a nebulous and theoretical concept like guiding a new life when you go to bed each night looking at photos of hurricane victims and frozen iguanas in Florida.

The decision to put the planet's needs ahead of one's own dreams incredibly difficult.

However, as many parents can attest, there are few things more life-affirming than having a child. In fact, having a child may be what motivates you to work toward a better world.

We’re all on this planet once, so the decision is, has always been, and should remain a deeply personal one.