Yale Law School Sent Out a Press Release Praising Trump's Pick of Brett Kavanaugh, Its Own Students and Alumni Are Making Them Regret It 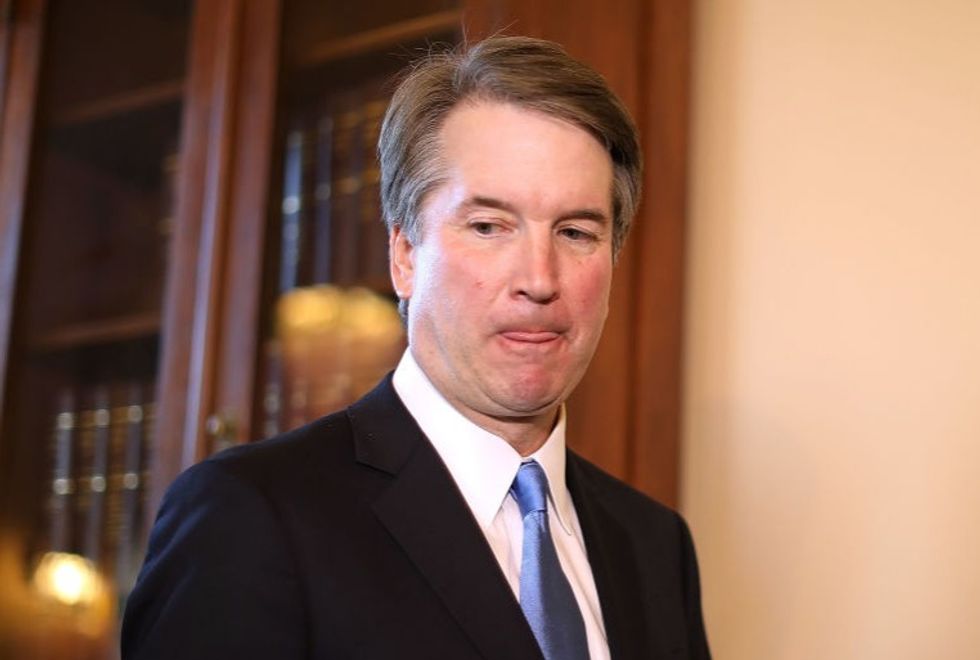 Just as a famous surgeon can draw attention, alumni donations and new students to a medical school, an esteemed Juris Doctor can do the same for a law school.

In the United States, there is no higher achievement for a lawyer than an appointment to the highest judicial body, the Supreme Court of the United States (SCOTUS). Those schools lucky enough to have alumni assume roles on that bench use that achievement in the promotion of their own programs and personal prestige for their institutions.

Yale University, founded in 1701, and Yale Law School saw 10 alumni and 8 graduates become SCOTUS justices. And now they're looking at another distinguished alumnus, in Brett Kavanaugh, potentially donning those robes.

When news of the nomination was released to the public, the Dean of Yale Law School, Heather Gerken, issued a press release praising Kavanaugh as a "longtime friend to many of us in the Yale Law School community."

But alumni, faculty and students of the school are pushing back, stating there are more important things than adding to your roster of distinguished alumni.

"We write today as Yale Law students, alumni, and educators ashamed of our alma mater. Within an hour of Donald Trump’s announcement that he would nominate Brett Kavanaugh, YLS ‘90, to the Supreme Court, the law school published a press release boasting of its alumnus’s accomplishment. The school’s post included quotes from Yale Law School professors about Judge Kavanaugh’s intellect, influence and mentorship of their students."

Yet the press release's focus on the nominee's professionalism, pedigree, and service to Yale Law School obscures the true stakes of his nomination and raises a disturbing question:

Is there nothing more important to Yale Law School than its proximity to power and prestige?"

"Judge Kavanaugh’s nomination presents an emergency — for democratic life, for our safety and freedom, for the future of our country. His nomination is not an interesting intellectual exercise to be debated amongst classmates and scholars in seminar."

Support for Judge Kavanaugh is not apolitical. It is a political choice about the meaning of the constitution and our vision of democracy, a choice with real consequences for real people."

Without a doubt, Judge Kavanaugh is a threat to the most vulnerable. He is a threat to many of us, despite the privilege bestowed by our education, simply because of who we are."

And this is only the beginning, the first three paragraphs of the 10 paragraph letter.

The open letter concludes by stating:

Now is the time for moral courage — which for Yale Law School comes at so little cost."

"Perhaps you, as an institution and as individuals, will benefit less from Judge Kavanaugh’s ascendent power if you withhold your support. Perhaps Judge Kavanaugh will be less likely to hire your favorite students."

But people will die if he is confirmed. We hope you agree your sacrifice would be worth it. Please use your authority and platform to expose the stakes of this moment and the threat that Judge Kavanaugh poses."

Yale Law Students come out opposed to #KavanaughSCOTUS nomination. "We see in [his] rulings an intellectually and… https://t.co/V85Rf37WAJ
— Kristen Clarke (@Kristen Clarke) 1531320830.0

A good number of SCOTUS positions, since the court's founding in 1789, went to graduates of some of the oldest educational institutions in the country, the eight schools of the Ivy League. Seven of the eight schools predate the American Revolutionary War and therefore the founding of the Supreme Court.

Only three schools in the United States have more than three alumni who made it onto the SCOTUS bench. All three are Ivy League Schools. Only Harvard has more than Yale, with the Ivy's youngest member, Columbia, coming in third.

He found himself with multiple opportunities in Washington DC, eventually working for a Supreme Court justice, Anthony Kennedy, an independent counsel, Ken Starr, and a president, George W. Bush.

Would his resume be as impressive without having been an alumnus of Yale? Would he be a judge at all without those special privileges? He was nominated to serve as a Circuit Court judge by his former boss, President Bush.

“Degrees and clerkships should not be the only, or even the primary, credential for a Supreme Court appointment.”… https://t.co/XXcpZUmgXz
— Greg Greene (@Greg Greene) 1531273145.0

What price should schools be willing to pay to maintain that privilege for their future graduates? Those are all questions Yale's students, alumni and faculty are asking their alma mater to answer.