Reporter Just Uncovered an Awkward 2011 Headline About the Future of the Republican Party, and Wow, That Did Not Age Well

A brutal walk down memory lane. 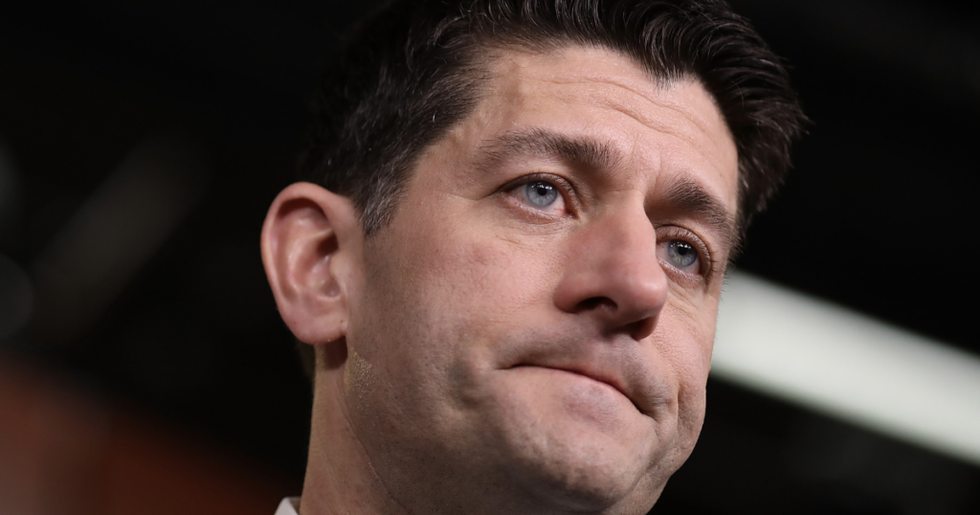 WASHINGTON, DC - MARCH 22: U.S. Former Speaker of the House Paul Ryan (R-WI) answers questions at a press conference at the U.S. Capitol on March 22, 2018 in Washington, DC. Ryan answered a range of questions related to the ominbus spending bill the House of Representatives is currently considering. (Photo by Win McNamee/Getty Images)

A headline from 2011 has been making the rounds on Twitter and the internet simply cannot stop reveling at its stunning irony.

Bloomberg's Sahil Kapur dug up a Politico piece by Kasey Hunt entitled: "GOP Bets Future on Wisconsin," featuring a split image of three Republican men from the Badger State who are no longer in power.

As Kapur notes in his tweet, since 2011, each of these avatars of "the future of the Republican Party" has either been fired, quit, or voted out of office.

Priebus, a former chair of the Republican National Committee, served as President Donald Trump's first White House chief of staff until July of 2017. Trump fired him in a tweet, resulting in Priebus being physically removed from the president's motorcade.

I would like to thank Reince Priebus for his service and dedication to his country. We accomplished a lot together and I am proud of him!
— Donald J. Trump (@Donald J. Trump) 1501275619.0

Paul Ryan, a former Congressman & 2012 GOP vice presidential nominee, succeeded John Boehner (R-OH) as Speaker of the House from 2015 until January 3, 2019. He did not seek reelection to the House in 2018.

And then we have Scott Walker, who was elected governor of Wisconsin in 2010 and survived a recall election in 2012. Running on an aggressively anti-labor platform, Walker was reelected in 2014. He briefly graced the presidential race as a candidate in 2015, and was defeated in his 2018 gubernatorial reelection bid by Democrat Tony Evers.

Hunt poignantly observed that the Wisconsinites' "Midwestern nice outward style of GOP politics (not to mention their actual deficit hawk policies)" have gone "out the window" now that Democrats are in charge of the House of Representatives under Speaker Nancy Pelosi (CA).

Social media is not showing Priebus, Ryan, or Walker any love.

This is just too good.

And there was much rejoicing.

Though some see their legacies as destructive.