The company had become a distraction. 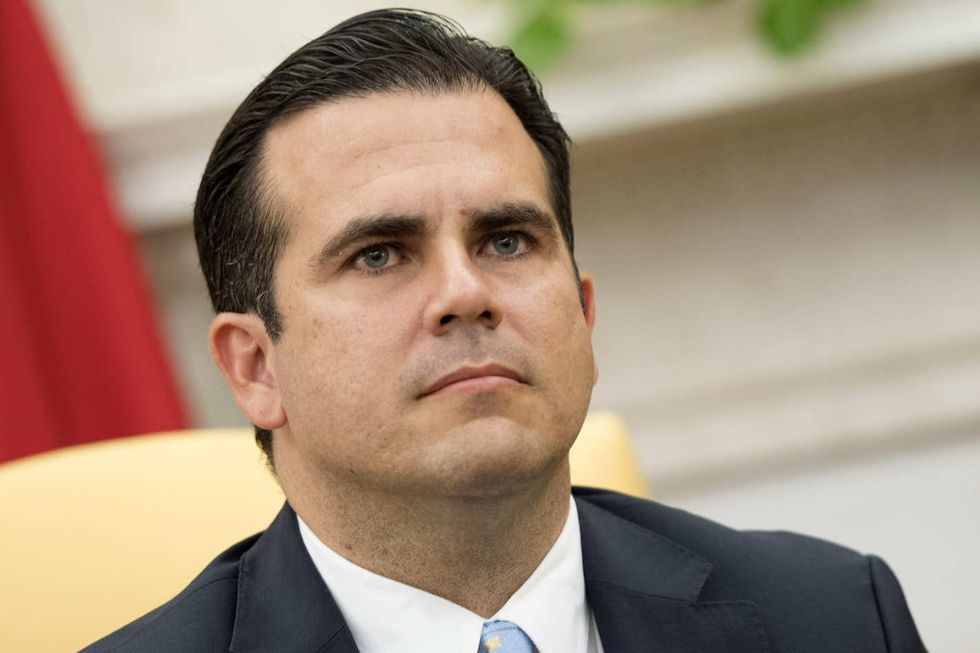 Last month, Ramos signed the contact with Whitefish Energy, a small, unheard of two-person Montana-based private utility firm, which was later revealed to have links to the Trump administration. The cancellation follows Puerto Rico's governor, Ricardo Rossello, calling for PREPA to cancel the contract on Sunday.

The Washington Post reported more of Rossello's statement: “As a result of the information that has been revealed and the need to protect the public interest, as governor I am asking the power authority to cancel the Whitefish contract immediately."

Whitefish Energy, headquartered in Interior Secretary Ryan Zinke's hometown of Whitefish, Montana and owned by a major donor to President Donald Trump's election campaign, reportedly only had two full-time employees on the day Hurricane Maria struck the island, which knocked out power for millions of American citizens. On September 26, the utility company was awarded the contract to rebuild power lines and restore power, without a bidding war.

Following the announcement last week of the month-old contract, PREPA was scrutinized for foregoing the use of "mutual aid" agreements with other, more-capable power-utility contractors who were already in the area and ready to go. Similar agreements were used after Houston and Florida were hit with hurricanes in the past few months, but not in the case of Puerto Rico.

PREPA's assignment of the job instead to a for-profit company baffled experts and politicians alike, including San Juan mayor Carmen Yulín Cruz, who Whitefish engaged in a Twitter feud before later apologizing. Many criticized President Trump, who delayed Federal response to the island, for turning the crisis into another insider business opportunity.

The specific terms of the contract further concerned many. The inflated hourly rates as well as terms forbidding the government from auditing the company's expenses raised eyebrows. Both FEMA and the Army Corps of Engineers, who did not approve the contract, quickly distanced themselves from the contract.

Last week, the The Washington Post listed the hourly rates for the Whitefish-PREPA contract:

In response to the cancellation, Whitefish Energy released a statement that the company is "very disappointed" that PREPA's decision will delay restoration of power for the people of Puerto Rico.

“The original decision by PREPA to have Whitefish Energy come to the Puerto Rico only sped up the repairs, and if it were not for that action, crews would just now be getting to the island to begin the process of rebuilding the system and restoring power,” Whitefish’s statement said.

The large majority of Puerto Ricans are still without grid electricity or running water. (Photo by Mario Tama/Getty Images)

Roughly 70 percent of the island is still without power, and 20 percent still do not have drinkable water. Buzzfeed reported last Friday that crematoriums on the battered island have been burning hundreds of bodies since the storm - these numbers have not been included in the official death toll.