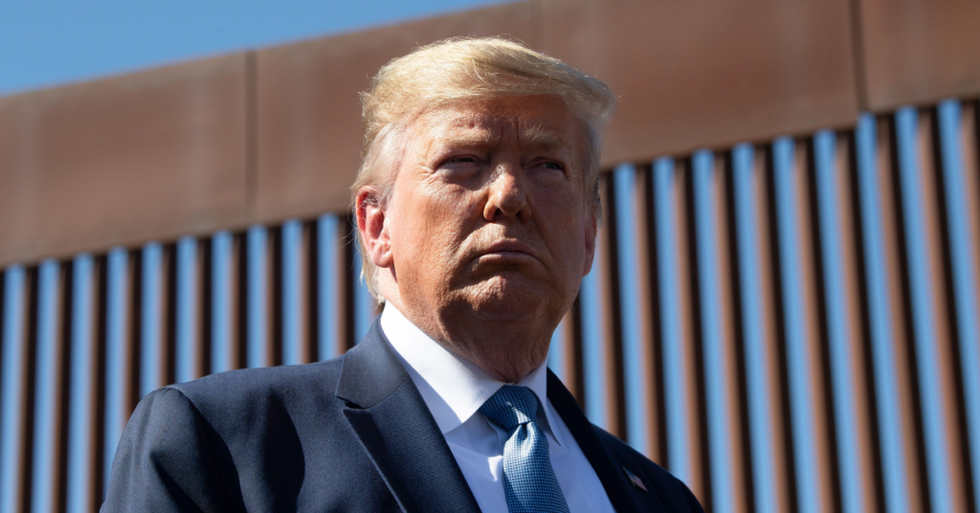 The news broke recently that $6.1 billion of Defense Department funds would be diverted—under the authority of Secretary of Defense Mark Esper and made possible through President Donald Trump's declaration of a national emergency and deployment of military resources—to pay for Trump's border wall project. To show the progress being made with the money originally slated for military construction projects, the White House Twitter account shared a video.

The clip of a single section of bollard fencing being raised was captioned:

"We are building the wall."

You can watch and listen to the video here.

Despite the rousing soundtrack and production values, people were less than impressed.

Many pointed out, again, that bollard fencing makes a fence, not a wall.

The Trump administration contracted over $20 million dollars for eight wall prototypes that all failed in testing and were eventually scrapped to make way for the bollard fence.

Others brought up the many photos and video of people demonstrating how the placement of the bollards in the fence make it easy to climb in a matter of seconds.

@WhiteHouse It's five F'in slats in the 3rd and last year of your presidency. OH and you promised Mexico was suppos… https://t.co/ATHIjQGA5H
— Suzanne Lindbergh (@Suzanne Lindbergh) 1570136500.0

The fact the money came from the military and the impact taking that money would have on military families featured prominently in responses to the White House video.

@WhiteHouse Is this why United States Military Families are not getting required housing? Soldiers and their famil… https://t.co/KPo3OUXCCi
— MicalMacal (@MicalMacal) 1570208914.0

@WhiteHouse Why? Waste! Worthless! What could we have gotten before Trump stole this money?
— William Hawkins (@William Hawkins) 1570135819.0

Trump's border wall was a major part of his 2016 campaign. While running for President, Trump repeatedly claimed he would build a wall that would not be a fence and it would cost United States' taxpayers nothing as Mexico would pay for it.

Despite his administration, MAGA rallies and supporters claiming Mexico is paying for Trump's fence and the fence is a wall, fact checkers call both claims false.

If you've got a wall you're constructing, the Self-Adhesive Trump-Wall Patch is available here.