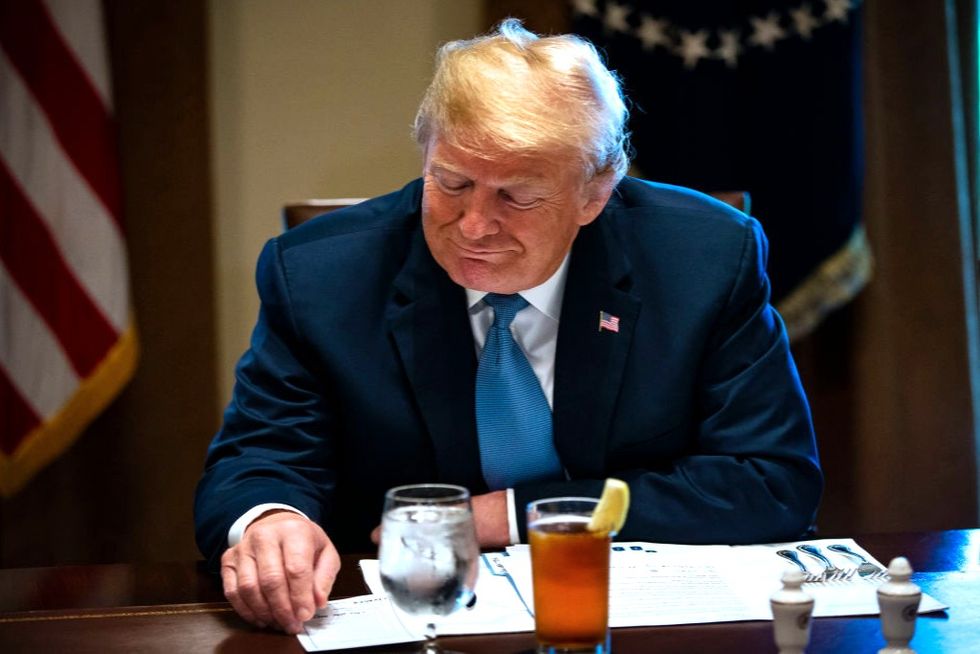 Since President Donald Trump took office, people acclimated to having the head of the United States government lash out and call people sometimes racist names and making thinly veiled threats on social media via his official Twitter account.

But now, a building is getting in on the act.

And now with the Trump administration in charge, in an unprecedented move, the White House is openly attacking members of congress. The official government Twitter account's first targets?

.@SenWarren, why are you supporting criminals moving weapons, drugs, and victims across our nation’s borders? You m… https://t.co/DH07nlIHVc
— The White House (@The White House) 1530560042.0

Democratic Senators Kamala Harris of California and Elizabeth Warren of Massachusetts were accused of supporting criminal activity by the White House. Both women attended Families Belong Together marches over the weekend.

Senator Warren belongs to a growing list of legislators calling for the abolishing of ICE, while Senator Harris calls for strict reforms on the agency's current practices.

And boasting about the improvements to the economy.

The current iteration of the White House account does that as well, retweeting posts from the First Lady about her activities.

And posting some questionable facts about the benefits of the Trump/GOP tax cuts.

However targeting specific members of congress, while accusing them of "supporting the animals of MS-13" and "supporting criminals moving weapons, drugs, and victims across our nation’s borders" is new.

And people are not pleased.

Reactions to the two posts on Twitter range from people answering the question posed to outrage.

@WhiteHouse @SenWarren Wow. This is completely false and furthermore unprofessional of the White House to put this… https://t.co/F75JvBFBwB
— Rebecca Rynecki (@Rebecca Rynecki) 1530560207.0

As well as some time spent answering questions for Trump supporters.