Sarah Sanders Just Revealed Who Else the White House Is Considering Revoking Security Clearances From, and Reporters Are Calling Her Out 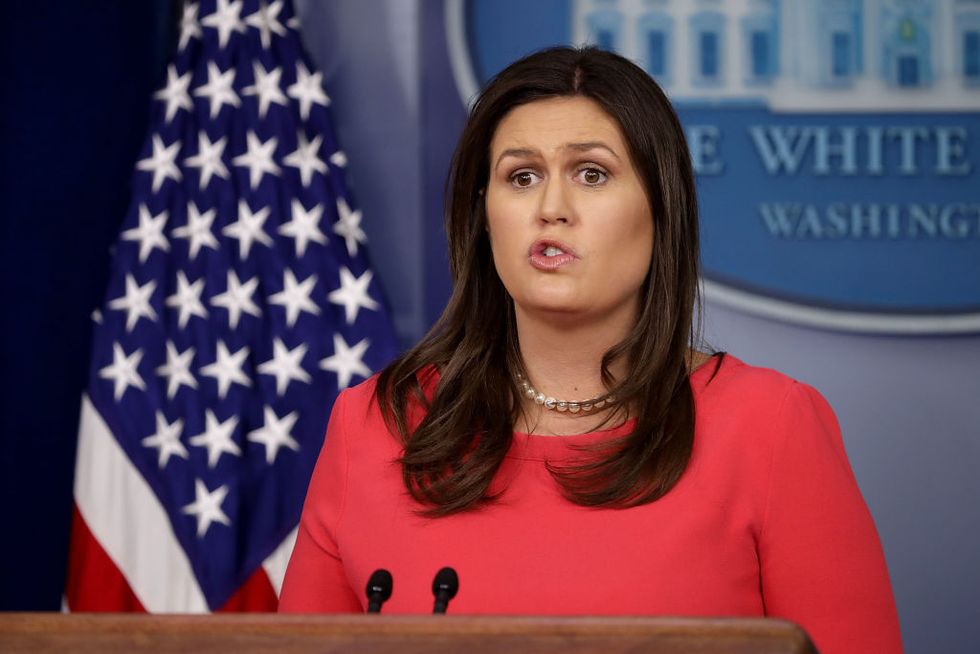 In explaining how the decision to revoke Brennan's security clearance "raises larger questions about the practice of former officials maintaining access to our nation’s most sensitive secrets long after their time in government has ended," Sanders noted that:

Such access is particularly inappropriate when former officials have transitioned into highly partisan positions and seek to use real or perceived access to sensitive information to validate their political attacks.  Any access granted to our nation’s secrets should be in furtherance of national, not personal, interests.  For this reason, I’ve also begun to review the more general question of the access to classified information by government officials.

Sanders' remarks prompted ABC's Jonathan Karl to ask whether the president planned to revoke the security clearances of his political opponents.

"Sarah, first, I’ve got a question I wanted to ask you.  But first, just to follow up on that, it seems like everybody that you mentioned has been a political critic of the President," Karl said. "Is he going after his political opponents with this?

"No," Sanders replied. "If there were others that weren’t, that we deemed necessary, we would certainly take a look and review those as well."

"Hey, Sarah. Following up Jon’s question, how is this announcement by the President — how can Americans not interpret that as a 'getting back against his critics'?" he asked. "And isn’t it also an attempt to curtail their freedom of speech by penalizing them for being critical on television?"

"Not at all," Sanders said. "The President has a constitutional responsibility to protect classified information, and who has access to it.  And that’s what he’s doing is fulfilling that responsibility in this action."

"Is this the kind of precedent he wants to set for future Presidents when his administration is out of office?" Mason asked. "And why are there no Republicans on that list?"

"Once again, if we deemed it necessarily, we would certainly look into that and be happy to review those," Sanders said.

But the questions didn't stop there.

When Sanders called on the Associated Press's Sagar Meghani, he asked, "One of the individuals that you listed on that list of clearances that is under review is Bruce Ohr. He’s a current employee of the Department of Justice.  So instead of putting him under the review, does the President believe he should be fired?"

Sanders claimed she did not have "any personnel announcements" on that front and that she could only "speak to this specific case."

"But why put his security clearance under review, which would render him unable to do his job, and not just fire him?" Meghani asked.

"Once again, I don’t have any personnel announcements on that front. I can just tell you we’re looking into that specific matter."

Then NBC's Peter Alexander weighed in.

"If people who criticize the President publicly on TV or are public in their criticisms, are they at greater risk of losing their security clearances than people who stay silent?" he asked.

Sanders responded that "this is looked at on a case-by-case basis," and that the White House will "do an individual review and make that determination."

The list of individuals whose security clearances will be revoked has been referred to as an "enemies list" by some media outlets, in a nod to the president's decidedly authoritarian leanings:

I had the privilege of working with @JohnBrennan at the White House. I have never met anyone more dedicated to defe… https://t.co/pPwj6b93qh
— Michael McFaul (@Michael McFaul) 1534368507.0

"Russian denials are, in a word, hogwash," Brennan said in a spirited New York Times op-ed, in which he defends his years of service to the nation.