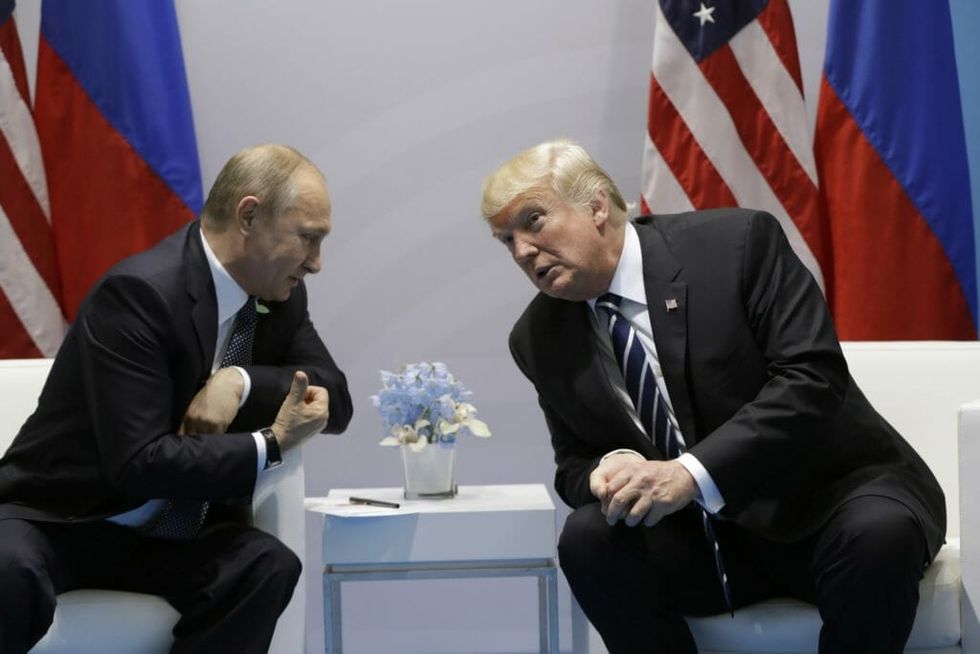 The White House has disputed reports that President Donald Trump met with Russian President Vladimir Putin a second time during the G20 summit in Hamburg, Germany earlier this month. The second meeting, undisclosed at this time, was first reported by Ian Bremmer, president of the international consulting firm Eurasia Group. Bremmer's claims were not initially disputed by a White House official who spoke on the condition of anonymity.

“Pretty much everyone at the dinner thought this was really weird, that here is the president of the United States, who clearly wants to display that he has a better relationship personally with President Putin than any of us, or simply doesn’t care,” said Bremmer, in a newsletter to group clients. “They were flummoxed, they were confused and they were startled," he added, noting that the meeting began “halfway” into the meal and lasted “roughly an hour.”

White House Press Secretary Sean Spicer tried to downplay the encounter. “It was pleasantries and small talk,” he said. In a separate statement, the White House said that “there was no ‘second meeting’ between President Trump and President Putin, just a brief conversation at the end of a dinner. The insinuation that the White House has tried to ‘hide’ a second meeting is false, malicious, and absurd."

The White House's statement mentioned that Putin’s official interpreter provided the only Russian-English interpretation because the president was seated next to Akie Matsuzaki, the wife of Japanese Prime Minister Shinzo Abe. “Each couple was allowed one translator,” it said. “The American translator accompanying President Trump spoke Japanese.”

Trump himself took to Twitter to decry the news coverage. He also, The Washington Postnotes, "incorrectly stated that journalists knew about his meeting with Putin" when in fact, they did not until Tuesday, when the White House confirmed that the two presidents met during the dinner."

The Fake News is becoming more and more dishonest! Even a dinner arranged for top 20 leaders in Germany is made to look sinister!
— Donald J. Trump (@Donald J. Trump) 1500425996.0

Reporters covering Trump noted that his and Putin's motorcades were among the last to leave the event and that they departed within minutes of each other just before midnight. Experts in United States-Russia relations said the encounter has sparked concerns because of its length––which suggests a substantive exchange––and because there was no note taker, foreign policy aide, or White House translator present, per State Department protocol.

“We’re all going to be wondering what was said, and that’s where it’s unfortunate that there was no U.S. interpreter, because there is no independent American account of what happened,” said Steven Pifer, a former ambassador to Ukraine who also specializes in Russia and nuclear arms control. “If I was in the Kremlin, my recommendation to Putin would be, ‘See if you can get this guy alone,’ and that’s what it sounds like he was able to do."

The Trump-Putin relationship has been highly scrutinized amid allegations that Trump and his associates colluded with Russian operatives to win last year's presidential election. Last week, the president's son, Donald Trump Jr., revealed that he met with a Russian lawyer during the presidential campaign. An intermediary for the lawyer promised damaging information about Hillary Clinton, the Democratic opponent. Trump Jr.’s emails contradict months of denials by the Trump administration of any collusion with Russian operatives.