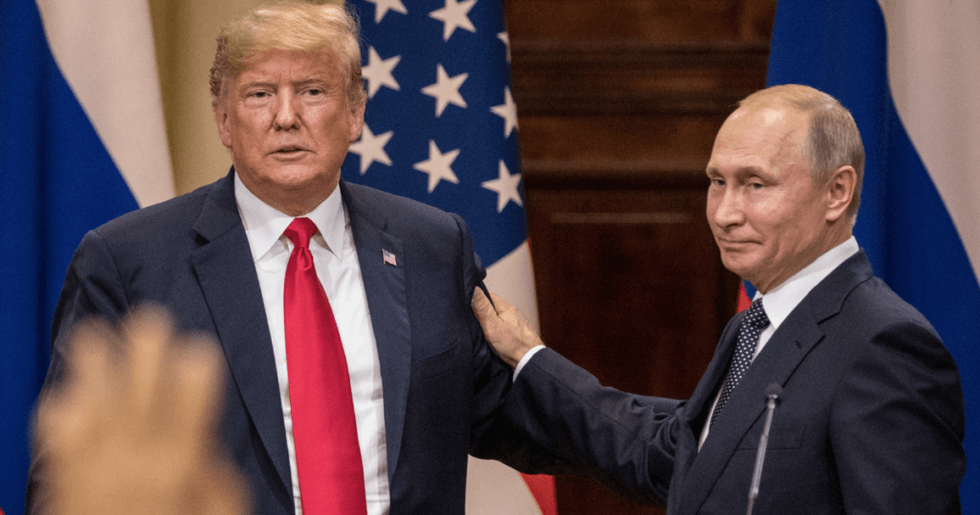 Though it's somewhat faded from the public's collective memory, the world was outraged when President Donald Trump sided with Russian Prime Minister Vladimir Putin over his own intelligence agencies.

The pair did so after an hours-long meeting. To this day, only they and the interpreters know what was said. The Washington Post reported earlier this year the "extraordinary lengths" taken by Trump to conceal his correspondence with Putin.

The secrecy enshrouding Putin and Trump's correspondence over the years has not been the exception, but the rule.

Judging by a letter from White House Counsel Pat Cipollone to the chairs of three different House committees, that rule won't be broken any time soon.

Cipollone denied House Democrats' requests for documents detailing Trump's talks with Putin. In true Trump fashion, he implied that it was because of Democrats, saying

"The President must be free to engage in discussions with foreign leaders without fear that those communications will be disclosed and used as fodder for partisan political purposes."

The White House may be insisting that its stealth is for national security, but people aren't buying it.

But Democrats aren't out of options yet.

Their supporters are giving them a one word command.

Good news for Democrats: the House might be planning on doing just that.