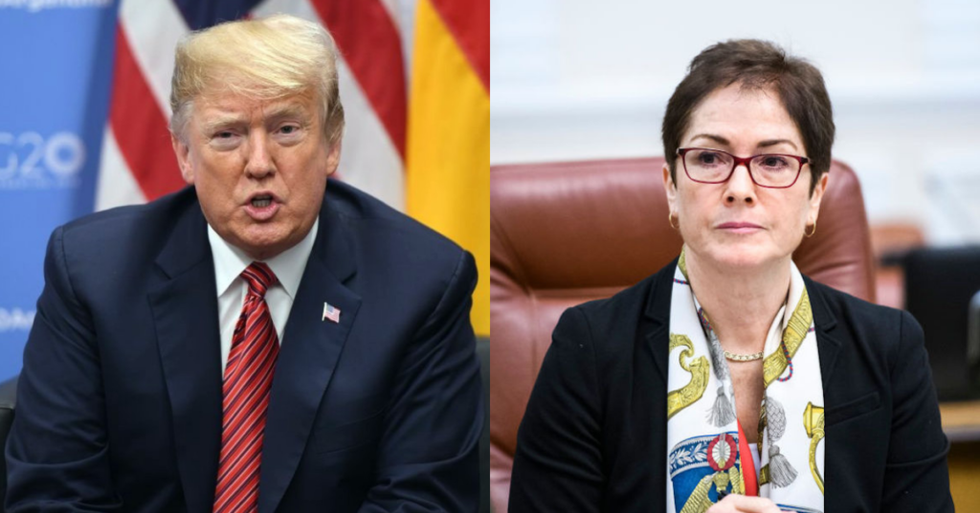 In the shadow of the House impeachment inquiry, the White House scrambled to mount a defense against the many accusations. Testimony Friday came from the woman many feel President Donald Trump made veiled threats against during his call with Ukrainian President Volodymyr Zelensky, former U.S. Ambassador to Ukraine, Marie Yovanovitch.

This is the second time someone on the President's staff directed White House strategy to the Democrats seeking to impeach Trump instead of his GOP allies.

According to The Hill, the White House's strategy encouraged Republicans to attack the House Intelligence Committee Chairman, Democrat Adam Schiff of California's, handling of the investigation.

"We are not concerned with any information Yovanovitch might share, because the President did nothing wrong. But we are concerned that Schiff is putting her in a precarious position by having her testify in secret without State Department lawyers be present.”

"It raises serious questions about why Schiff is willing to put career officials in such risky situations while bullying them with legally unfounded threats of obstruction charges."

"Representative Schiff is willing to ride roughshod over fair process and to use career officials to further a baseless political objective."

People found the second mistake by the White House in a month difficult to fathom.

Same ghostwriter! “We are not concerned with any information Yovanovitch might share, because the President did not… https://t.co/Zyps9MlSBl
— Jack Weiss (@Jack Weiss) 1570825791.0

People wondered what else was misdirected and to whom.

Although some were torn between two explanations.

However the former Ambassador to Kyrgyzstan under President George W. Bush and Armenia under Bush and President Barack Obama before being appointed as Ambassador to Ukraine, Yovanovitch arrived by the public entrance.

And courageous Marie Yovanovitch went right in through the front door. No hiding for her! She’s done nothing wrong.… https://t.co/gWZfHwNHnb
— bethleslie13 (@bethleslie13) 1570817979.0

It wasn't clear if former US Ambassador to Ukraine Marie Yovanovitch would show for her Congressional testimony tod… https://t.co/cwaSurRbff
— Amee Vanderpool (@Amee Vanderpool) 1570808249.0

In addition to being a three time ambassador under three different Presidents, Yovanovitch is a graduate of Princeton University and the National War College of the National Defense University.

Multilingual, Yovanovitch is considered an expert in the history and politics of the region she served.

Think something is rotten, but not in the state of Denmark? This shirt is available here.