This Is What It Actually Takes for a Refugee To Be Admitted to the U.S. 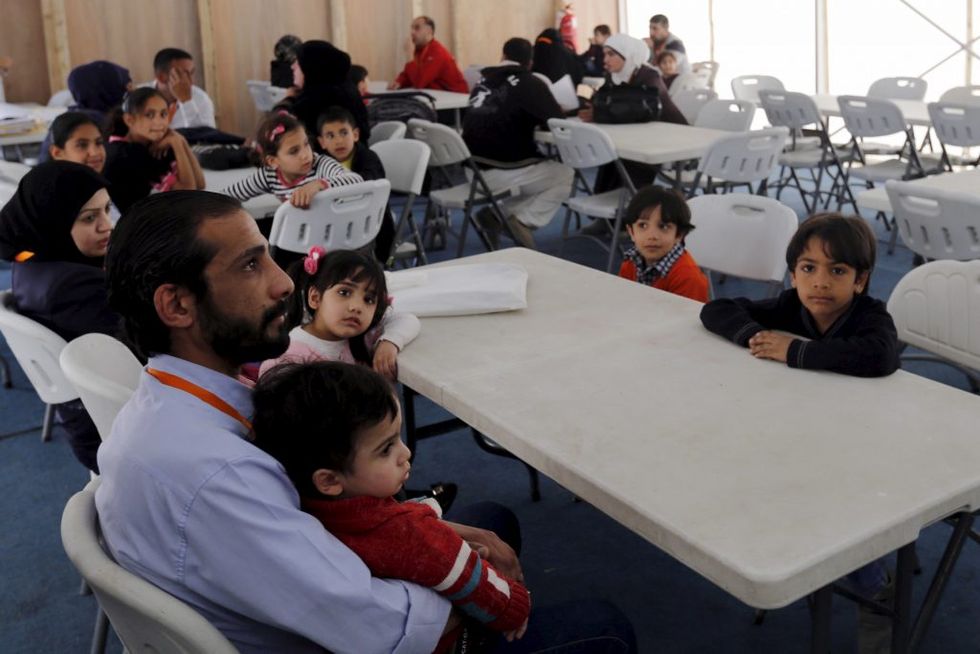 Although the courts have blocked President Trump’s second attempt at imposing a travel ban on people from six Muslim-majority nations, many people find themselves in limbo. Families have been split up, legal U.S. citizens and green card holders are wary of foreign travel, and refugees who are currently in the process of moving to the U.S. are facing the unknown.

Trump’s proposed ban indefinitely bars Syrian refugees from entering the U.S. and suspends entry for other refugees until an “extreme vetting process” can be devised. However, under the Obama administration’s rules, refugees already submitted to a rigorous screening process that involved nine different law enforcement, intelligence, and security agencies; took from 18 months to two years to accomplish; and was so strict that it eliminated more than half of those who applied. According to the International Rescue Committee, 60,000 refugees who have already passed the approval process are now suspended in crisis zones.

Who Is a Refugee?

The process begins when an individual registers with the United Nations Refugee Agency. After a detailed and in-depth interview, they are granted refugee status if they fit the definition of a refugee by UN standards. The internationally recognized definition of a refugee, described in the United Nations Convention Relating to the Status of Refugees, is:

The definition originated after World War II as Europe sought to establish the rights of people seeking asylum in a country other than their own. It also outlines the responsibilities of countries that grant asylum.  The United Nations approved it in 1951 and implemented in 1954.

Today, less than one percent of all refugees worldwide — those considered the most vulnerable — are referred for resettlement. This group includes survivors of torture, sexual violence, targets of political persecution, the medically needy, and families with multiple children and a female head of household. Trump’s travel ban included a limit of 50,000 refugees, down from 110,000 under the Obama administration.

How Does a Refugee Gain Admittance to the U.S. — Or, Extreme Vetting, Obama-Style

Under Obama administration rules, refugees referred to the United States for settlement begin the process with an interview with the State Department. Following the interview, the applicant undergoes three background checks and comparisons against international terrorist organization and crime intelligence databases. In addition, they are fingerprinted, photographed, and retinal scans are taken. Officials then screen fingerprints against FBI and Homeland Security databases, which contain watch list information and past immigration encounters, including if the refugee previously applied for a visa at a U.S. embassy. Fingerprints are also checked against those collected by the Defense Department during operations in Iraq.

If a refugee passes all of these measures, their case will undergo review at U.S. Immigration headquarters. They submit to an extensive, in-person interview with a Homeland Security officer. All refugees require Homeland Security approval.

After Homeland Security approves a refugee, they are screened for contagious diseases and required to take a cultural orientation class. Next, they are matched with a U.S. resettlement agency, which will determine a suitable location for the refugee — typically a major city with an immigrant population that can help receive the newcomer or a location in which the refugee already has family members.

Because of the extended period between the initial screening and departure for the United States, officials conduct a final multi-agency security check before the refugee leaves for their new home. When they arrive in the U.S., they undergo a final security check at the U.S. airport.

About half of the refugees admitted are children. Around 25% are adults over 60. Only 2% of those have been single males of "combat age." In 2016, the U.S. admitted 84,995 refugees, according to the Pew Research Center.

Under the Obama administration’s rules, refugees from Syria undergo an additional layer of scrutiny, known as the “Syria Enhanced Review,” which prescreens a refugee's application and creates a dossier that U.S. officials can use for questioning during security interviews.

Syrian refugees arrive aboard a dinghy after crossing from Turkey to the island of Lesbos. (Credit: Source.)

“Of all the categories of persons entering the U.S., these refugees are the single most heavily screened and vetted,” said Jana Mason, a senior adviser to the United Nations High Commissioner for Refugees, in 2015.

The most pressing need for resettlement comes from Syria, due to its ongoing civil war, which has displaced 5 million people and killed 470,000, including 55,000 children. The vast majority of Syrians are Muslim.

The United Nations Refugee Agency reports that more people have been displaced from their homes today than at any point in history. War, climate change, dwindling resources, drought, economic instability, and lack of basic human rights, including access to health care, education, employment and freedom of movement, have contributed to a record 65.3 million people being forced to leave their homes. Among them are 21.3 million who are classified as refugees and 10 million who are classified as stateless. Every day, 34,000 more people are forcibly displaced from their homes. The UN aims to provide aid and assistance to those who are waiting to return to their homes once conditions improve.

So what more could the Trump administration add to make the vetting process even more rigorous? An ideological litmus test. During his campaign, Trump called for an ideological litmus test for Muslim visitors and immigrants. His first national security adviser, Michael Flynn, called fear of Islam "rational,"  suggesting Islam is a political ideology. Future refugees may face questions about their religion, including their views of homosexuals and women. Trump’s executive order states that “the United States should not admit those who engage in acts of bigotry or hatred,’ including those who perpetrate ‘forms of violence against women, or the persecution of those who practice religions different from their own.” It is unclear how many U.S.-born citizens would pass such a test.