Kanye West Was Caught Wearing a MAGA Hat with a Colin Kaepernick Sweatshirt, and People Can't Even 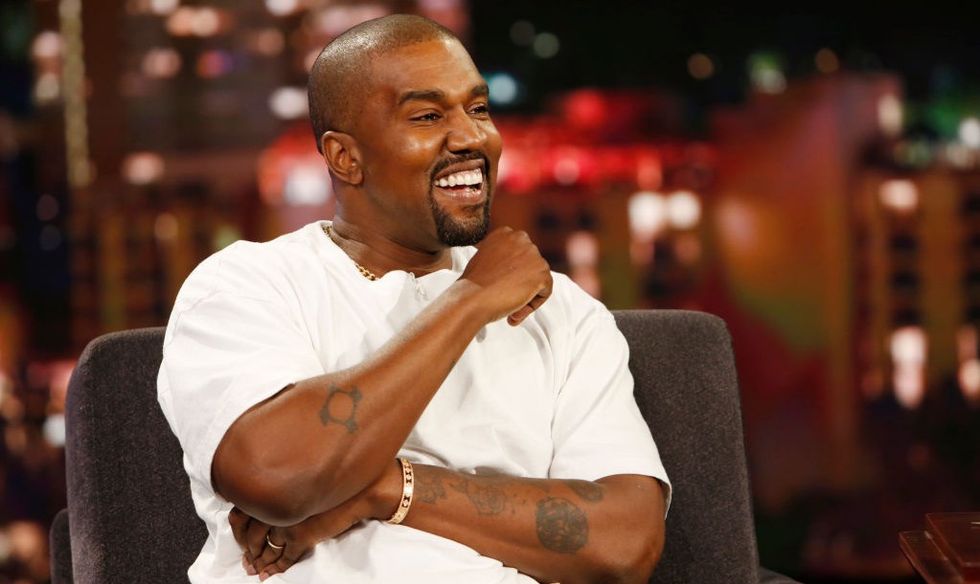 Images from a meeting Kanye West attended at The Fader music offices—where he played new songs from his unreleased album—have people on Twitter confused and angry.

But that alone would not shock anyone. West vocally supports Trump. What caught people off guard involved the rest of West's ensemble.

The rapper chose to pair his MAGA hat with a shirt supporting former NFL player and current Nike spokesperson Colin Kaepernick. Trump referred to Kaepernick as a "son of a bitch" because of his protest over racial inequality and the killing of unarmed Black people by law enforcement.

Twitter had a lot of thoughts on the matter.

Kanye West wearing a “MAGA” and a Colin Kaepernick t-shirt Here class is an Example of an Oxymoron. Retweet! https://t.co/bHSqFjaRUG
— StanceGrounded (@StanceGrounded) 1538105460.0

Kanye is at the The FADER officers wearing a MAGA hat and a Kaepernick sweatshirt. Together. At the same time. Y'al… https://t.co/IpLxR0synX
— Unruly Youth (@Unruly Youth) 1538063680.0

Kanye is really wearing a MAGA hat with a Kaepernick sweatshirt. The level of disrespect is appalling. https://t.co/IDVaLA9THG
— brittny pierre (@brittny pierre) 1538063686.0

Kanye thinks wearing a MAGA hat and Kaepernick sweater together makes a statement and that statement is “I’m a dumbass”.
— desert trash (@desert trash) 1538150355.0

But apparently West had an explanation.

Although it failed to impress most people.

West proves himself an expert once again in gaining media attention at all the right times. His latest album comes out Saturday.