And on Trump's favorite channel no less. 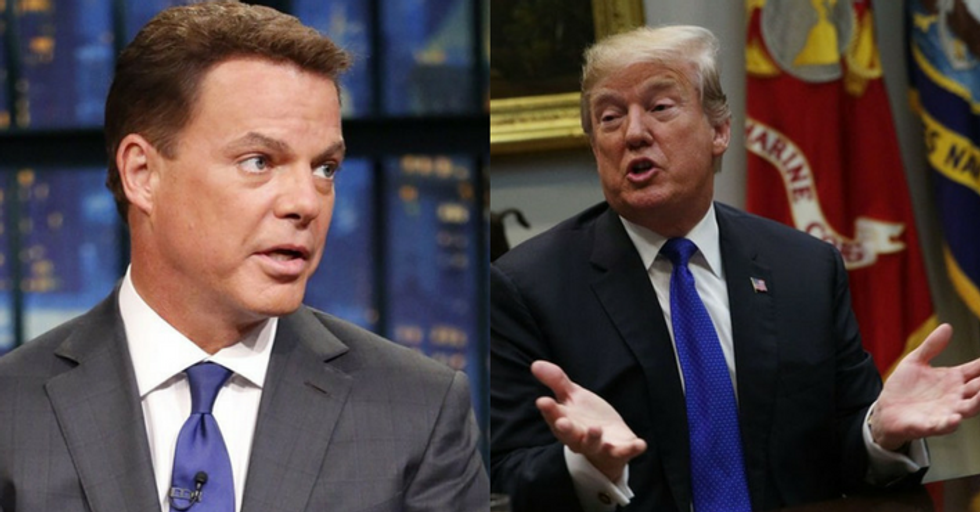 Shepard Smith again laid out the facts for President Donald Trump after the president claimed during a news conference Wednesday that the Russia investigation is a “Democratic hoax.”

The president again calling the Russia investigation a ‘Democratic hoax’. It is not. Fox News has been reporting and will continue to report that two people have pleaded guilty.”

At a news conference earlier Wednesday, Trump repeated his claims that “no collusion” occurred between his campaign and Russia. He called it “unlikely” for special counsel Robert Mueller to ask him to sit for an interview.

Widespread speculation says Mueller intends to interview Trump in coming weeks. Trump's own legal team prepared for the possibility, meeting with FBI officials to discuss options for the president.

"It is a Democrat hoax," President Trump continued, "that was brought up as an excuse for losing an election that frankly the Democrats should have won because they have such a tremendous advantage in the Electoral College."

Smith corrected Trump before for “inaccurate” claims about the Russia investigation. In December, Smith stated Flynn’s guilty plea negated Trump’s claim the Russia probe is “fake news.” He also debunked the Hillary Clinton "Uranium One" scandal in November, something President Trump claims as truth which Smith showed as an example of actual fake news.