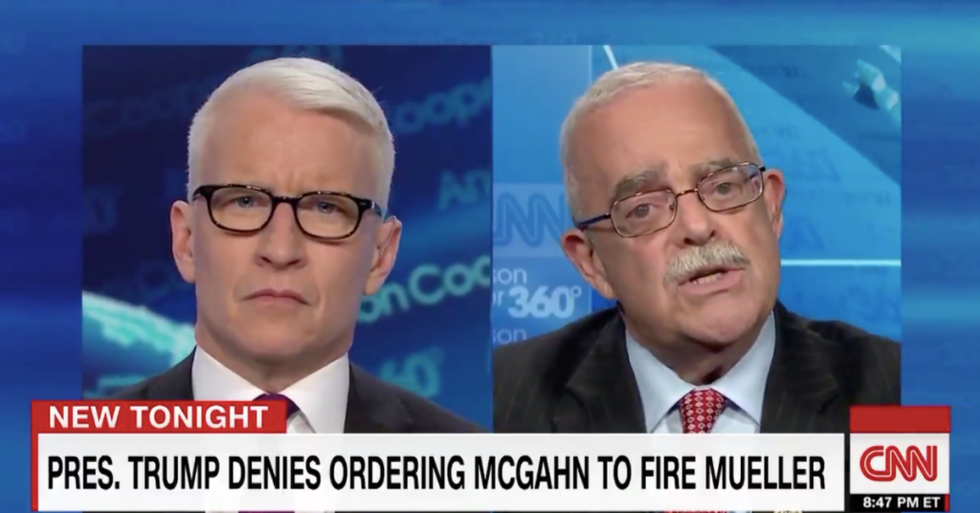 Representative Gerry Connolly (D-VA), a member of the House Oversight and Reform Committee, threatened White House officials with "possible incarceration" should they defy Congressional subpoenas to testify as the investigation into the Trump administration continues.

"We're going to resist, and if a subpoena is issued and you're told you must testify, we will back that up,” Connolly said during an interview on CNN, adding:

"And we will use any and all power in our command to make sure it's backed up — whether that's a contempt citation, whether that's going to court and getting that citation enforced, whether it's fines, whether it's possible incarceration. We will go to the max to enforce the constitutional role of the legislative branch of government."

Many urged the Congressman on and calls for President Donald Trump and his administration to be held accountable in the wake of the Mueller report's release continue to mount.

@AC360 Yep, lock them up for not obeying a congressional subpoena! Then lock Trump up for conspiracy to commit obstruction of congress.
— hostes ad pugnam (@hostes ad pugnam) 1556252329.0

Three White House officials have already defied requests from the committee to testify as part of the ongoing investigation. They are White House adviser Stephen Miller, former security clearance official Carl Kline and John Gore, who serves as a deputy assistant attorney general in the Justice Department's Civil Rights Division.

Miller's cooperation is of particular interest to Connolly, who says the committee wants to know what guides his policy decisions, particularly his push for hardline immigration proposals.

"We want to hear from him, what is your thinking, what is it you've been advising the president, and where is it you think you're going to be taking us as a country with these kinds of policies and personnel changes?" he said.

"We are deeply concerned that the firing and forced resignation of these officials puts the security of the American people at risk,” the lawmakers wrote. “We are also concerned that the president may have removed DHS officials because they refused his demands to violate federal immigration law and judicial orders.“

The White House said earlier this week that Miller would not testify before the committee.

“The precedent for members of the White House staff to decline invitations to testify before congressional committees has been consistently adhered to by administrations of both political parties,” counsel Pat Cipollone wrote in his letter to House Oversight Committee Chairman Elijah Cummings.

President Donald Trump has criticized Democrats for their investigations, declaring, "We're fighting all the subpoenas."

The president called the subpoenas "ridiculous." insisting: "I have been the most transparent president and administration in the history of our country by far."