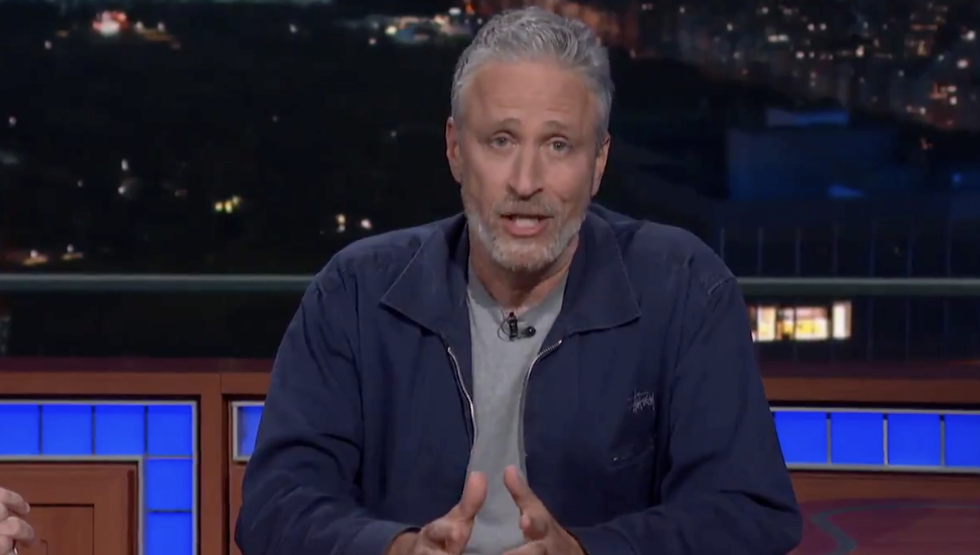 The Senate Majority Leader’s callous remarks to Stewart’s impassioned plea were widely reviled across the internet.

"No, no Mitch McConnell, I am not bent out of shape, I’m in fine shape," Stewart corrected. "Well, I am out of shape, but not because of you. ... I’m fine. I’m bent out of shape for them, these are the first heroes and veterans and victims of the great trillions of dollars war on terror. And they’re currently still suffering and dying and still in terrible need.”

"I feel like an a**hole. Now I feel stupid. This is a huge misunderstanding. I didn’t know that they were busy. I didn’t mean to interrupt them with their jobs."

@colbertlateshow @kibblesmith John Stewart should be President.
— The Screever (@The Screever) 1560822858.0