Jimmy Kimmel Just Explained Why Trump Is Really Sending Rudy Giuliani Out on All the News Shows, and We Get It 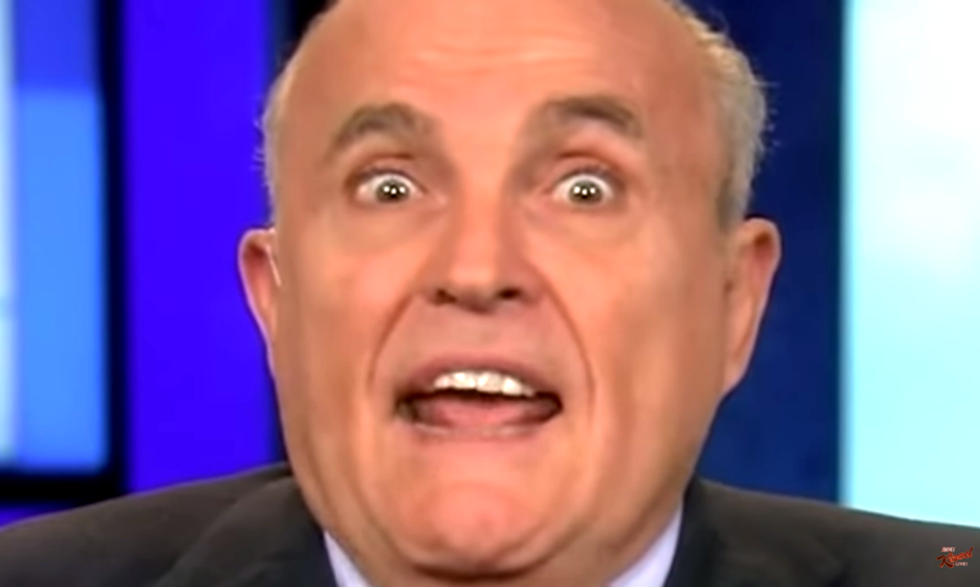 Did you hear about that big, very old, very scary volcano that erupted over the weekend? His name is Rudy Giuliani. He was mayor of New York at one time. He's a lawyer now and spokesperson for Donald Trump.”

During his monologue the Jimmy Kimmel Live host said,

After like 36 hours of wild, free wheeling, almost unhinged interviews on the president's behalf last week, during which he directly contradicted statements the president made about the payment to Stormy Daniels, to the point where the president himself had to say 'Giuliani's new, he doesn't know all the facts', what did Giuliani do? He went out for a whole new round of interviews this weekend."

Kimmel followed up with excerpts from an ABC interview with the latest member of Trump's defense team.

“He (Giuliani) had a chat with George Stephanopoulos yesterday," Kimmel remarked. "That finally cleared everything up once and for all.”

Can’t say that. At some point, yes, but it could have been recently, it could have been awhile back. Those are the facts that we’re still working on and that, you know, may be in a little bit of dispute. This is more rumor than it is anything else.”

However Stephanopoulos reminded Giuliani he previously “stated this as fact” to both Buzzfeed and during an appearance on Fox News Hannity program with Sean Hannity.

Kimmel then had his security guard, Guillermo Rodriguez, bring out a chalkboard to try to decipher Giuliani's message. After going over it, word for word on the board, Kimmel cracked,

I could go over it two dozen more times, it wouldn’t make any difference.”

But maybe there’s a method to Giuliani’s madness. Maybe Kimmel's next words are right on target.

I think I know what's going on here. I think their strategy right now is to put someone out there who is even nuttier than Trump to make him look normal, by comparison. And it’s working.”

Kimmel was not alone in this observation or assessment.

Kimmel then showed a follow up interview from This Week with Michael Avennatti, the lawyer for Stephanie Clifford in her suits against the president and his personal lawyer, Michael Cohen. Avenatti first verified it was not a prank to the amusement of Kimmel's studio audience watching the segment.

"George (Stephanopoulos), did that interview just happen?" Avenatti asked the This Week host. "I mean, I'm not being spoofed, right?"

After Stephanopoulos verified it and asked again for his opinion, Avenatti said,

It's an absolute, unmitigated disaster for Rudy Giuliani and the president. It's a train wreck. I can't believe that that actually just happened. I mean, what we witnessed by Rudy Giuliani may be one of the worst TV appearances by any attorney on behalf of a client in modern times."

After cutting back to himself on stage, Kimmel quipped, "So he's saying there's room for improvement."

The internet had a similar assessment for Giuliani's weekend interview.

Must watch. Giuliani goes full Colonel Willhelm Klink from Hogan’s Hero’s: “I know nothing; I hear nothing, I see n… https://t.co/ToYhvqZWKT
— ProfHelen (@ProfHelen) 1525685652.0