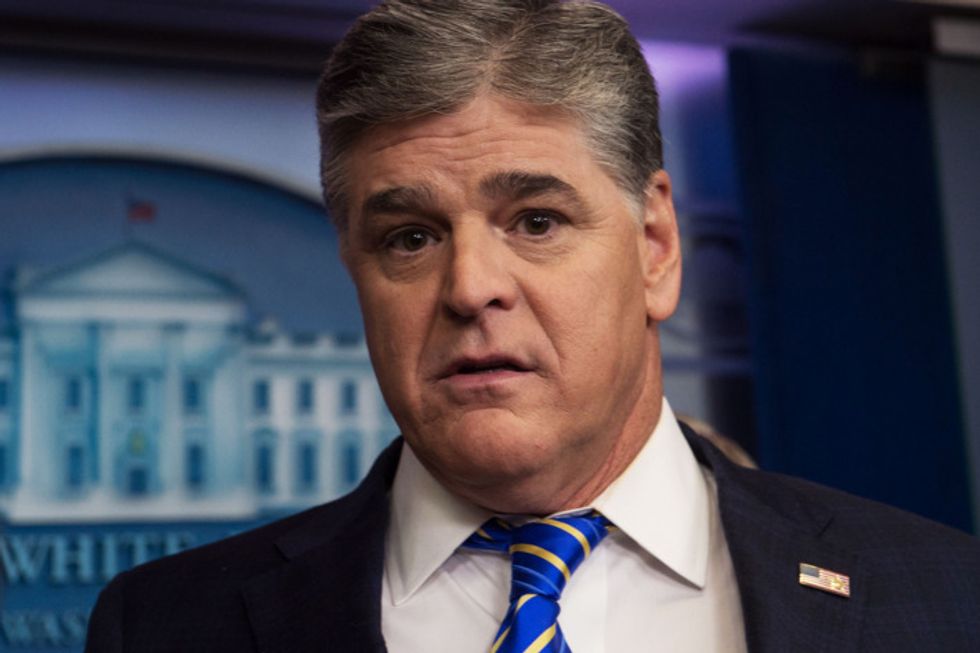 “You know, this is a fast-moving story, so I am going to be doing a lot more reporting but what I have heard so far is that at some point last year Sean Hannity hired Michael Cohen to help defend him against left-wing groups that were calling for boycotts in the wake of Bill O’Reilly’s ouster from Fox News,” Sherman told MSNBC's Ali Velshi.

He added that Hannity "got paranoid" and hired Cohen after he came under fire for propagating conspiracies about the death of Seth Rich, a Democratic National Committee staffer. Hannity has claimed that Rich was killed in retaliation for leaking information damaging to Hillary Clinton to Wikileaks. Rich was killed on a Washington street in the middle of the night last year. The crime remains unsolved. Fox News published the story on May 16 only to retract it later, saying the story didn’t meet its “standards.”

“This could be interesting because oftentimes private investigators are hired by law firms because it allows attorney/client privilege to be maintained,” Sherman continued. “So there is a scenario in which if they seized Michael Cohen’s documents inadvertently we might be able to learn to what degree did Sean Hannity try to go after his enemies with shady tactics like private investigators.”

When Sherman was on MSNBC detailing his reporting, Hannity contacted host Nicolle Wallace and, in an official statement, denied he'd ever hired Cohen to defend him against left-wing attacks.

Through a Fox spokesperson, Hannity says retaining Cohen was not related to advertiser boycott or a “third party”
— Gabriel Sherman (@Gabriel Sherman) 1523926254.0

During his show last night, Hannity assured his viewers that the story about his connection to Michael Cohen, whose home, office, and hotel room were raided by federal agents last week, had been blown out of proportion, adding that "the media has been absolutely apoplectic and hyperventilating" over the story:

Predictably, without knowing all or, frankly, any of the facts, the media went absolutely insane. Wall-to-wall, hour-by-hour coverage of yours truly. Am I surprised by any of this? Of course not, because this is what the media in this country does. I had no personal interest in this legal matter. That's all there is, nothing more.

Hannity also took to Twitter to deny he ever retained Cohen's services.

Hannity also used his Twitter account to respond to the MSNBC report, writing, "What part of Michael and I never discussed anything that involved any third party is so hard to understand?"

That Hannity's professional relationship with Cohen has come under scrutiny is unsurprising. Hannity has served as President Donald Trump's de facto mouthpiece since his days on the campaign trail. It's common knowledge, for example, that Trump and Hannity are very close and keep in constant contact. In recent days, Hannity has claimed that Cohen was the victim of an unfair raid by federal authorities.

Hannity has also used his platform to undermine special counsel Robert Mueller's investigation into Russian interference during the 2016 presidential election. Last week, the president made headlines after he promoted a Hannity segment which compared Mueller to a crime boss.

During the show, Hannity presented a “Mueller crime family” chart that suggested the special counsel is in league with the “deep state” to remove Trump from office.

“If he’s going to use this sweeping analogy, I’ve decided tonight we’re going to use—the ‘Comey standard’ I call it—and make some comparisons of our own,” Hannity said, starting the mob boss section of his program with an aside he called “The Clinton crime family.”

Delving into the sexual assault allegations against former president Bill Clinton, Hannity said. “Hillary Clinton—we know she committed crime,” a reference to the FBI’s investigation into her use of a private email server despite the organization finding no evidence of criminal acts perpetrated by Clinton while she served as Secretary of State.

While describing the “Mueller crime family,” Hannity likened the Russia investigation to a “witch hunt” and accused Mueller’s office of “looking the other way” during his time as a federal prosecutor in Boston.

On April 10, the day of the Cohen raid, Hannity declared that “there’s no limit at all into the fishing expedition that Mueller is now engaged in."