A bit of wishful thinking from Fox News. 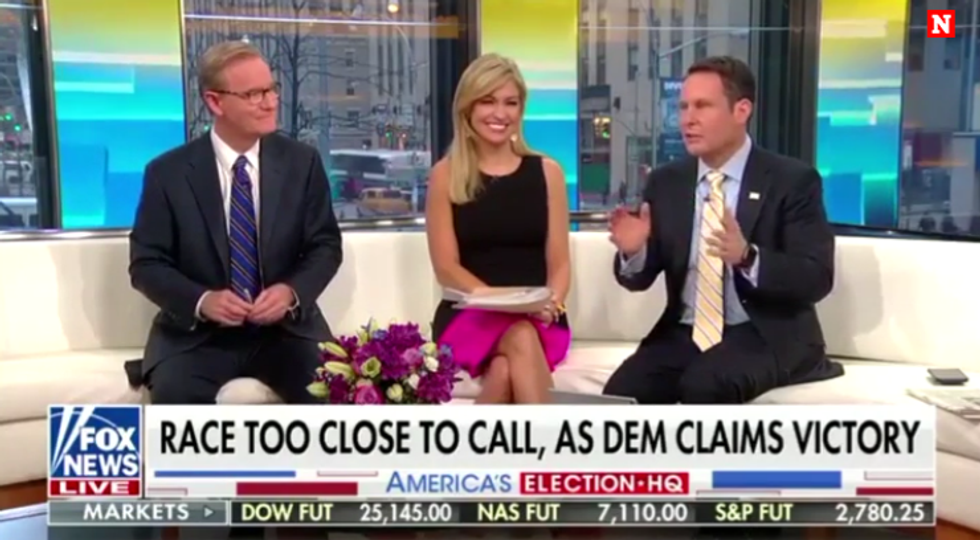 Democrat Conor Lamb may have achieved the unthinkable. Lamb is the projected winner in a special election in Pennsylvania’s deep red 18th congressional district. Democrats perceived the district as so strongly Republican that they did not even field a candidate in recent years.

The 33 year old Democrat is a Marine and former federal prosecutor. His 60 year old opponent, Rick Saccone, is a politician and author serving in the Pennsylvania House of Representatives.

Donald Trump won by double digits, nearly 20 percent, in Pennsylvania's 18th district in 2016. Yet Lamb eroded his Republican rival's lead during the course of the campaign.

Fox & Friends decided to analyze the GOP loss and came up with their expert take on the Lamb victory. Conor Lamb is cute.

Despite multiple wins by Democratic candidates in deep red states like Alabama, Lamb's cute factor was the Fox & Friends hosts best guess for his appeal at the polls.

Host Steve Doocy credited Trump’s visit for Lamb’s narrow margin against Saccone. “If you believe in polls, maybe it was the president’s visit, and the visit from the Trump family.”

It's unclear based on the segment whether Doocy means the Trump support narrowed Lamb's margin of victory, mitigating his cuteness, or widened it based on public opinion of the president.

However, other political pundits came up with a few reasons of their own for Lamb's success in Pennsylvania. None cited Lamb's cuteness.

Lamb called for top congressional leaders on both sides of the aisle to step aside for new blood.

"I would like to see someone other than Nancy Pelosi run—and that person I would support—and I would definitely like to see a different leader other than Paul Ryan on the other side," Lamb said.

It's nothing personal, I just think the leadership of both parties has presided over a time when we've had more and more gridlock and fewer and fewer important things getting done and I always learned that leadership starts at the top."

Lamb also appealed to many blue collar voters by being pro-union and opposed to Trump’s tax cuts for the rich. He also expressed his commitment to maintaining worker funded programs like Social Security and Medicare.

Trump's tax breaks for the rich being sold as benefiting working people hasn't gone as planned and GOP candidates are feeling the brunt of voter dissatisfaction. Republican attacks on the ACA, which Lamb supports, no longer garner automatic votes either.

Each victory in a Trump won district makes the DNC reevaluate how, and where, they can win in the 2018 midterms. The great white whales of Democratic victory may be turning out to be goldfish in a bowl.