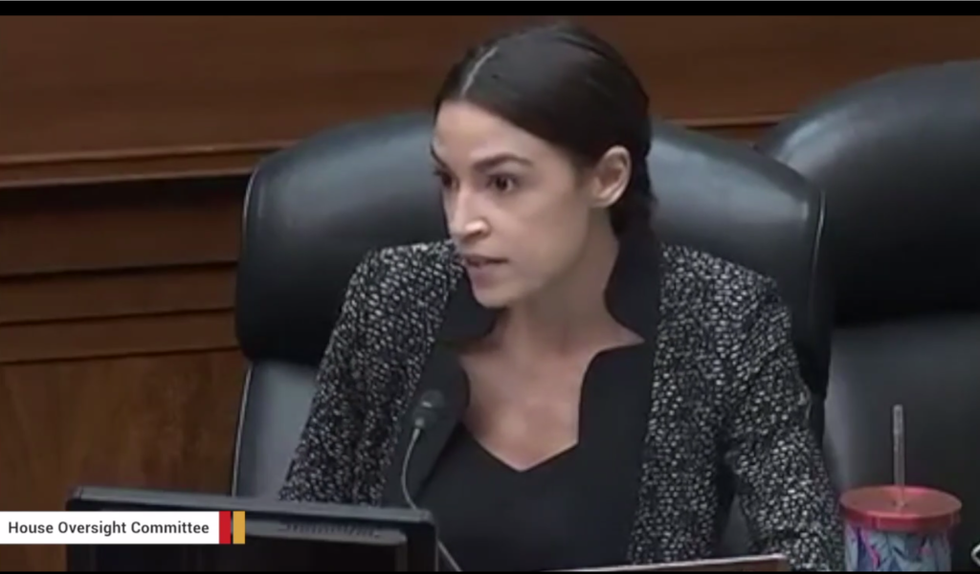 Rep. Alexandria Ocasio-Cortez took on Republican critics of her Green New Deal resolution during a House Oversight hearing on climate change Tuesday, hitting back at the hypocrisy of Republicans who cry "socialism" whenever a Democrat proposes a tax subsidy for a green energy initiative.

As she put it:

"It's not responsible to complain about anything that we dislike as 'socialism.' The fact that subsidies for fossil fuel corporations are somehow smart but subsidies for the development of solar panels is quote, unquote socialist is bad faith, it’s incorrect."

"The fact that subsidies for fossil fuel corporations are somehow smart but subsidies for development of solar pane… https://t.co/4GcNl413GY
— Brian Kahn (@Brian Kahn) 1554829818.0

Cries of socialism in the face of renewable energy proposals aren't just incorrect, of course, they're patently hypocritical.

The United States spends roughly $26 billion per year on fossil fuel subsidies. But when Democrats call clean energy subsidies, it's derided as socialist.

People were here for AOC's argument.

This isn't a new hypocrisy.

Despite what Republicans would have you believe, Ocasio-Cortez's Green New Deal is a 14-page non-binding resolution, a statement of goals and aspirations, focused on combating and reducing the impacts of climate change.

Ocasio-Cortez took her colleagues to task for their knee-jerk reactions to her proposal, which many of them seemingly did not read.

"I would encourage that we don't need Cliff Notes for a 14 page resolution that was designed to be read in plain English by the American people," Ocasio-Cortez said.

"So I would encourage my colleagues to actually read the resolution presented so they can speak to it responsibly and respectfully."

@_waleedshahid @AOC YES!!! It's amazing how those who argue so fervently for the free market are so quick to expec… https://t.co/Uzro0SKtmm
— Geoff Gallegos (@Geoff Gallegos) 1554842281.0

Rather than throwing around the term "socialist," the U.S. might want to look into this whole climate change thing.