He thinks he's a king. 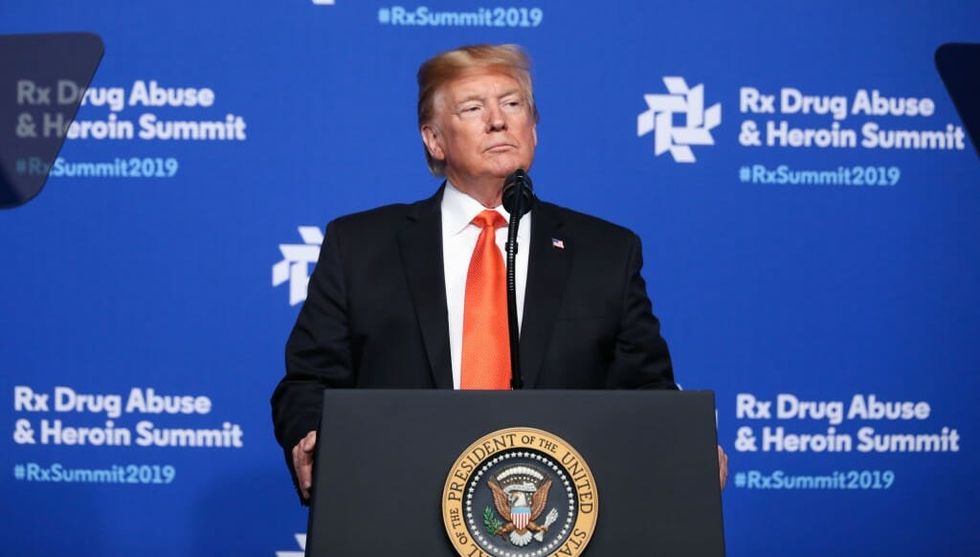 After President Donald Trump told The Washington Post he saw no reason for Congress to investigate his administration and his intention to not cooperate, their editorial board took the opportunity to give him reasons.

In a piece titled "Sorry, Mr. President. Congress has every right to investigate you." The Washington Post gave a response to the following statements by Trump.

On Tuesday, in reference to questions about why his administration refused to cooperate with any congressional inquiry, the President opined:

"There is no reason to go any further, and especially in Congress."

Then on Wednesday, Trump added:

"We’re fighting all the subpoenas. These aren’t like impartial people."

"If that were the standard, then Congress could never investigate anything."

They then reminded congressional Republicans, also not impartial people, of their investigations and requests for documents from the administration of President Barack Obama.

"Mr. Trump’s Republican colleagues must remember the battles they fought with President Barack Obama over transparency only a few years ago when they ran the House."

Any member of the Obama administration that did not provide documents to the GOP was held in contempt of Congress. After a showdown between House Republicans and Obama's Attorney General Eric Holder, The Post had stated at the time:

"No doubt a lot of congressional investigations are partisan fishing expeditions. For better or worse, that comes with the democratic territory."

"Absent very strong countervailing considerations—stronger than some of those the administration has asserted in this case—Congress is generally entitled to disclosure."

"Democrats, too, are entitled to disclosure, particularly as they ask weighty questions about the potentially severe abuse of power in the top reaches of the White House."

This was not the first time Republicans and the White House were called out for employing a double standard.

The hypocrisy of Republican congressional leaders like Senate Majority Leader Mitch McConnell and longtime Senator Lindsey Graham is easily documented with video of their prior statements; opinions that they completely reversed in the era of Trump.

The Post went on to give another reminder many gave before them: the President is subject to the United States Constitution and not above the law. The presidency is not an authoritarian position nor head of a monarchy.

The legislative and judicial branches sit equal with the executive branch. Each follows defined constitutional roles to maintain checks and balances within the United States government.

Or at least they are supposed to.

But what could compel a President to defy the Constitution and separation of powers? According to The Washington Post editorial board, it is not concern for the United States.

"Mr. Trump’s own words reveal that he is motivated not by any specific concern about protecting presidential decision-making or some other crucial executive-branch function—but by concealing anything that might land him in political jeopardy."

"...the president appears mostly interested in avoiding a public spectacle. That is not the purpose of executive privilege."

People largely agreed with The Post's response to the President, with many going a step further than the congressional "right" to investigate.

Although there were a few who supported Trump. But The Post editorial they commented on already effectively countered their argument.

@washingtonpost I feel like anyone defending him here would be really embarrassed if they magically developed some… https://t.co/Bx5HMJHQTv
— Megan got sprung (@Megan got sprung) 1556211152.0

"In the past, the executive branch and Congress generally struck deals to avoid direct confrontations on executive secrecy."

"But Mr. Trump seems unlikely to ditch his pugnacious attitude."

"If and when courts consider the situation, they will find a president unreasonably hostile to Congress’s legitimate interest in gathering information."