Republican Congressman Just Called Donald Trump Out Directly For Not Doing More to Fund His Border Wall in a 'Fiscally Responsible' Way, and We're So Here For It 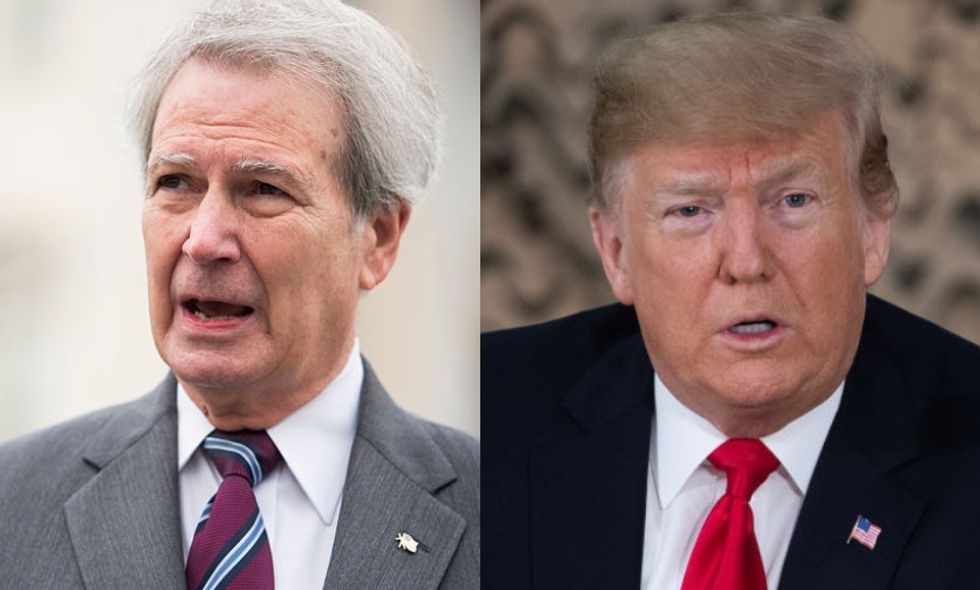 With the Trump shutdown over border wall funding growing longer by the seconds, and with few signs of concession from either side, Republican lawmakers are coming up with outlandish ideas to get their President—who rejected a bipartisan continuing resolution that would've kept the government open til February—to finally reopen it and send furloughed employees back to work.

However, Congressman Walter Jones (R-NC) has an idea that seems even less likely than President Donald Trump to forego a wall.

Jones has suggested that Trump dip into his personal funds to contribute to the construction of possibly his most fervent campaign promise.

In a statement calling for responsible wall funding, Jones said:

"As a wealthy man, the president might consider pledging some of his own funds as well.  Whatever it takes, just so long as we don’t add to the debt that is bankrupting our great country.”

But many were also quick to acknowledge just how unlikely the prospect is, especially with Trump's history of not paying contractors.

In fact, some found the idea literally laughable.

It's too bad the Trump foundation is no longer a thing.

@kylegriffin1 If only the Trump Foundation was still around. Trump could "donate" other people's money like he used… https://t.co/c4fYY2FPPw
— Wendy the Warrior (@Wendy the Warrior) 1546279789.0

Then again, there's always Mexico to pay for it. Right?

However, it's also unlikely that even Trump's most generous contribution would hardly put a dent in the $5 billion price tag he's insisting on.

Trump has yet to respond to Jones's suggestion, but we have a feeling the writing's on the wall.