Volkswagen is likely to be successfully prosecuted by a number of countries for its environmental crimes; that makes it a notable exception among 21st century corporate criminals. Here’s why. 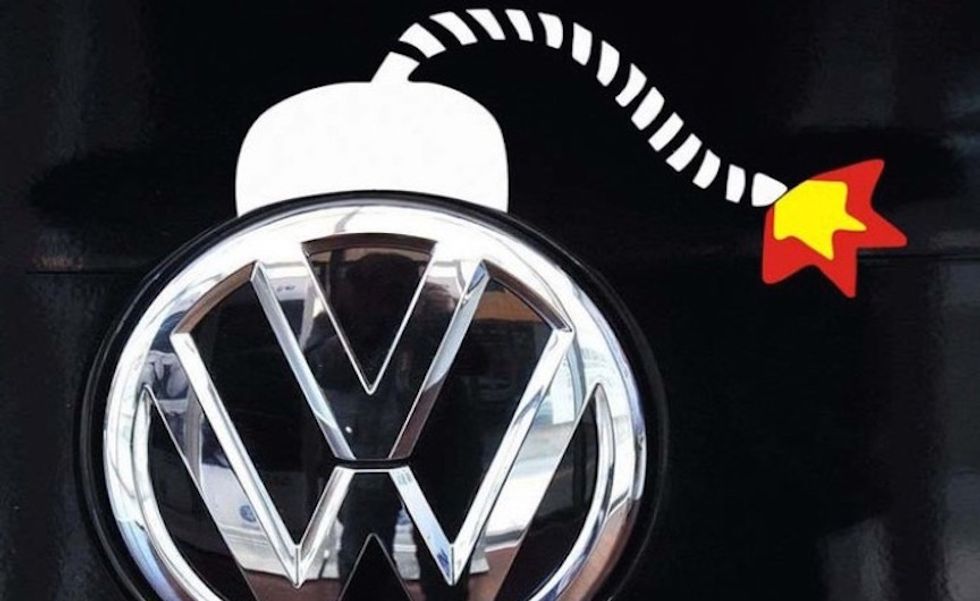 Common wisdom holds that corporations are generally immune to effective prosecution for their crimes. Volkswagen may be the exception.

The scope of the Volkswagen emissions scandal is enormous: The company cheated on the emissions tests of over 11 million cars in Europe, using software designed to conceal the fact that they released more than the maximum permitted levels of diesel fuel emissions into the air. It outfitted another half million vehicles with the software in the United States, and reports say that Volkswagen's 2016 models may also be equipped with law-breaking software.

A world battered by corporate scandals and bank failures usually knows what comes next. Companies caught red-handed blame a small number of mid-level employees for being “bad actors,” denies all knowledge of what was happening, refuses to fire any senior executives, and pays just token fines to various governments with no real fear of prosecution. FromGoldman Sachs toBank of America toBritish Petroleum, top level executives and company policy both have largely emerged unscathed.

Sure enough, Volkswagen is trying to follow the script verbatim, blaming a small group of “rogue coders.” The company is adamant that “[n]o supervisory meeting authorized this,” according at least to Volkswagen’s head of U.S. Business speakling to Congress early this month. “This was something individuals did.”

But while Volkswagen went through the motions of a familiar script, the world was unconvinced, and no part of this corporate scandal is going away quietly. Several top Volkswagen executives have resigned, including CEO Martin Winterkorn, who denied that he had committed any wrongdoing but admitted he was “stunned that misconduct on such a scale was

Prosecutors’ offices around the world are opening criminal investigations. In the United States, it appears that federal attorneys are even jockeying for position over who gets to prosecute, as numerous agencies pursue independent action against the German automaker.

All of this is both reassuring and extraordinary – but where did this drive to prosecute originate? No major corporate crime of the past decade, from the BP environmental spill to the banking chicanery that nearly brought down the global financial system, has been prosecuted so aggressively, and so quickly, by so many. Further, Volkswagen caught all the legal heat for a crime that – while certainly terrible – isn’t objectively worse than other recent corporate scandals.

Unlike many scandals of the past decade, the emissions scandal is easy to understand. Volkswagen created software for its cars that cheated on its emissions tests. Compare the 2012 LIBOR scandal where banks manipulated the system of collaboratively determining interest rates on loans between banks to make incremental changes favorable to their investment arms.

That was a massive collusion and breach of ethics impacting hundreds of trillions of dollars in loans and securities – but how many people truly understand what happened? Would they even know what LIBOR is? Did it make them want to learn about benchmark interest rates set for unsecured loans between banks?

These complex scandals demonstrate that it is nearly impossible to sustain productive outrage about a very complicated corporate crime. Many of the recent corporate scandals, from Goldman Sachs’ trading against the interests of its own investors, to Google’s alleged antitrust violations now under investigation by the European Union, are intangible to the point of abstraction. It’s hard to prosecute if it takes an economics white paper to explain what a company did wrong.

Volkswagen’s very business also leaves it vulnerable to mass international sanction in a way that other significant environmental crimes would not. The BP gulf spill was an incredible tragedy, but only the Gulf Coast region was directly impacted.

Volkswagen, by contrast, has cars in most countries in the world, and local prosecutors in every nation are taking up the cause. Volkswagen is in a sense a victim of its success: When a brand is this ubiquitous, it has no place to hide.

For a 21st century scandal, there’s also something very old school about Volkswagen's crime. While the rigged technology was modern code, it was attached to a classic factory product. A car is still just a nuts and bolts device, existing in physical space; it’s clear who owns them, and they are easily tracked, confiscated and examined.

All of this is incredibly convenient for prosecutors equipped with twentieth-century rules of evidence and approaches to investigation. Governments know how to prosecute this kind of case; our laws are designed to address them. Compare the case of Uber, for example, where American state and local governments have had an extraordinarily difficult time even establishing that the laws governing taxi cabs should apply to “ride sharing apps” – a category of service that has never existed before and isn’t fully understood.

Other twenty-first century corporate crimes are unlikely to follow the Volkswagen model. Indeed, they are likely to be much more complicated, dealing not with physical but intellectual property, with financial models that increasingly cross established categories, and with technologies that push well-defined boundaries. At least with Volkswagen, everyone knows what an emissions standard is, and what it means to violate it.