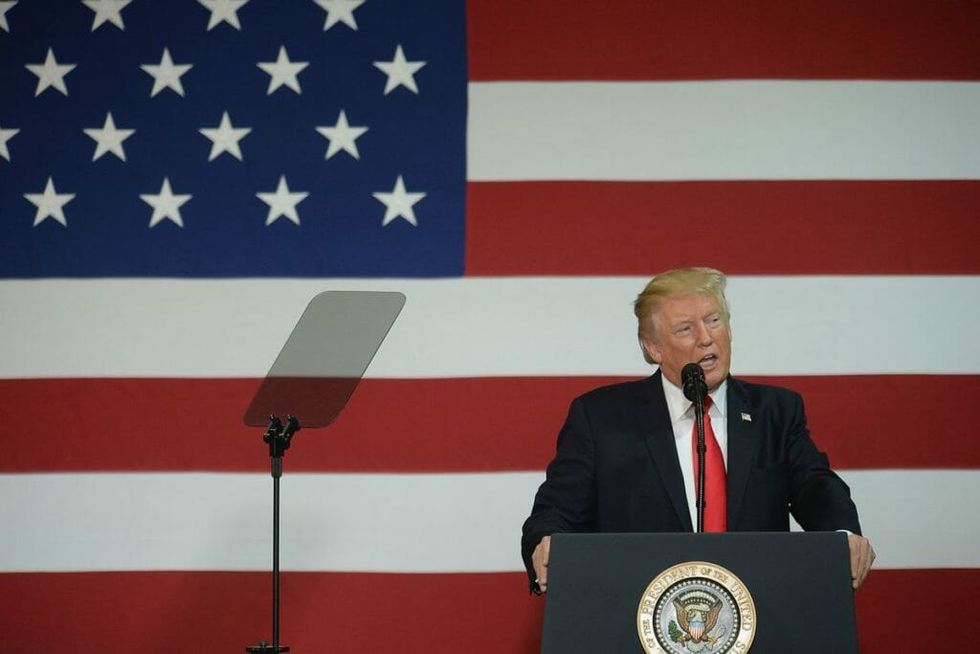 President Donald Trump is expected to announce his plans to rescind Deferred Action for Childhood Arrivals (DACA), and two states have already threatened legal action should the president place more than 800,000 undocumented people who were brought to the United States as children at risk of deportation.

According to a recent survey by the Center for American Progress and the University of California, San Diego, the average Dreamer recipient came to the U.S. at the age of six. All have no criminal record, and 91 percent are employed. Trump had slammed the program as "illegal amnesty," but his opposition had appeared to ease in recent months.

In a statement, New York Governor Andrew Cuomo announced he and state Attorney General Eric Schneiderman would sue should the Trump administration proceed to dismantle the program.

If he moves forward with this cruel action, New York State will sue to protect the Dreamers and the state’s sovereign interest in the fair and equal application of the law. Ending this policy represents an assault on the values that built this state and this nation. The President’s action would upend the lives of hundreds of thousands of young people who have only ever called America their home. ...It will rip families apart, sow havoc in our communities and force innocent people — our neighbors, our friends and our relatives — to live in fear.

Schneiderman released a similar statement of his own, saying:

President Trump’s decision to end the DACA program would be cruel, gratuitous and devastating to tens of thousands of New Yorkers — and I will sue to protect them. Dreamers are Americans in every way. They played by the rules. They pay their taxes. And they’ve earned the right to stay in the only home they have ever known.

While we remain relentless in our efforts to keep these young people home, the real solution is for Congress to act immediately to pass the bipartisan DREAM Act. The DREAM Act would provide the lawful reassurance and protections these young people need. The ‘build a wall’ and ‘deport them all’ mentality in the White House is an affront to the principles this nation was founded on and an irresponsible response to our outdated immigration system. Congress must seize this urgent challenge and stand up for Dreamers, now. More than 17,000 Dreamers call Washington state home. The cruel action reported to be announced tomorrow by the president threatens the ability of these young men and women -- many of whom know of no other place to call home -- to pursue the incredible opportunities our nation promised them five years ago. Washington state will consider every option possible to challenge the repeal of DACA, including legal action, coordination with other states and any executive action that could help protect Dreamers.