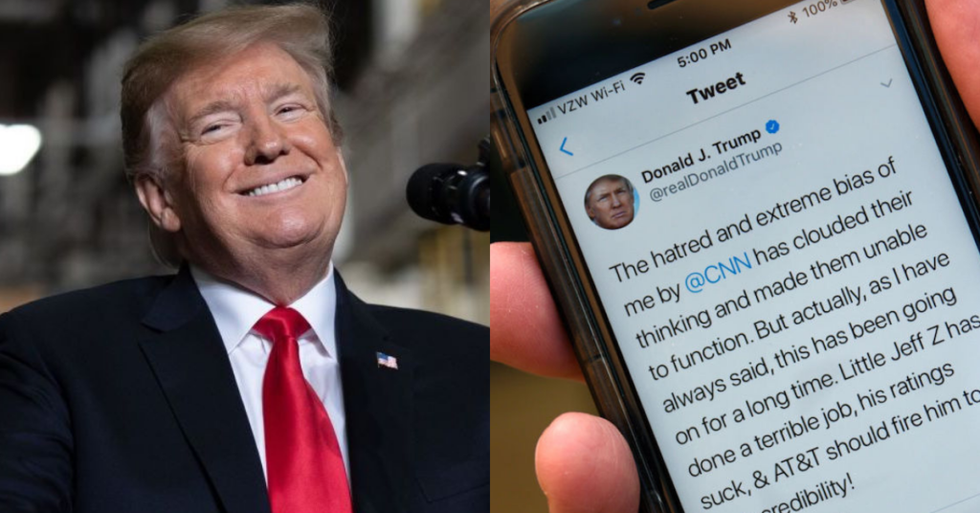 Twitter, like all social media platforms, has community standards and terms of service (TOS) that users are required to adhere to or face deletion of tweets or banning for repeated violations.

But certain people seem immune to such standards.

World leaders who post misleading or false information or outright lies or tweets that threaten harm have been a bone of contention between social media platform users and the companies that own them. Complaints have been issued to YouTube, Facebook and Twitter by users, frequently tagging the company heads like Mark Zuckerberg or Jack Dorsey.

In response, Twitter announced Thursday that disclaimers will be added to world leader's posts deemed in violation of their TOS, but the tweets will remain on the platform. Twitter Safety and Standards decided maintaining the historical record outweighs the harm of allowing these TOS violating posts to stay on Twitter.

CNN broke the news on Twitter with screenshots of questionable tweets from President Donald Trump.

"This is not about perceived bias but about providing more clarity if our rules have been broken."

However Twitter also said that unlike in the past:

"[D]irect threats of violence or calls to commit violence against an individual [are] unlikely to be considered in the public interest."

The guidelines for public interest include:

"Whether preserving a Tweet will allow others to hold the government official, candidate for public office, or appointee accountable for their statements."

Tweets flagged with a disclaimer will not make the "Top Tweets" and will be automatically excluded from other algorithms to limit their reach.

The new rules will apply to:

"...verified government officials, political candidates and people who are being considered for a government position and who have more than 100,000 followers."

Hey @Twitter & @facebook you guys going to do something for once this election period or is it time to cut the soci… https://t.co/eWOZEHp1Kd
— Greg Herrmann (@Greg Herrmann) 1561668316.0

People pointed out how quickly some conservative media outlets took the announcement of disclaimers and changed the story to censoring Trump and other conservatives online.

We went from Twitter will place warnings and disclaimers on offensive tweets on rare ocassions to Twitter is going… https://t.co/VtZD94LKa7
— Assad Tannous (@Assad Tannous) 1561658367.0

Information about the future disclaimers for tweets from world leaders who violate community standards and terms of service was posted on the Twitter blog by Twitter Safety.

According to the Twitter blog notice, the new rules go into effect immediately but will not be used for past posts.

"Over time, public interest and how it's defined on Twitter may change as we observe different types of behavior. We'll continue to evaluate how our rules and enforcement actions can be clearer and keep working to make our decision-making easier to understand."