Democratic Congresswoman Dropped the B-Word in a Blunt Tweet Slamming Donald Trump for His Stance on Saudi Arabia, and People Are Loving It 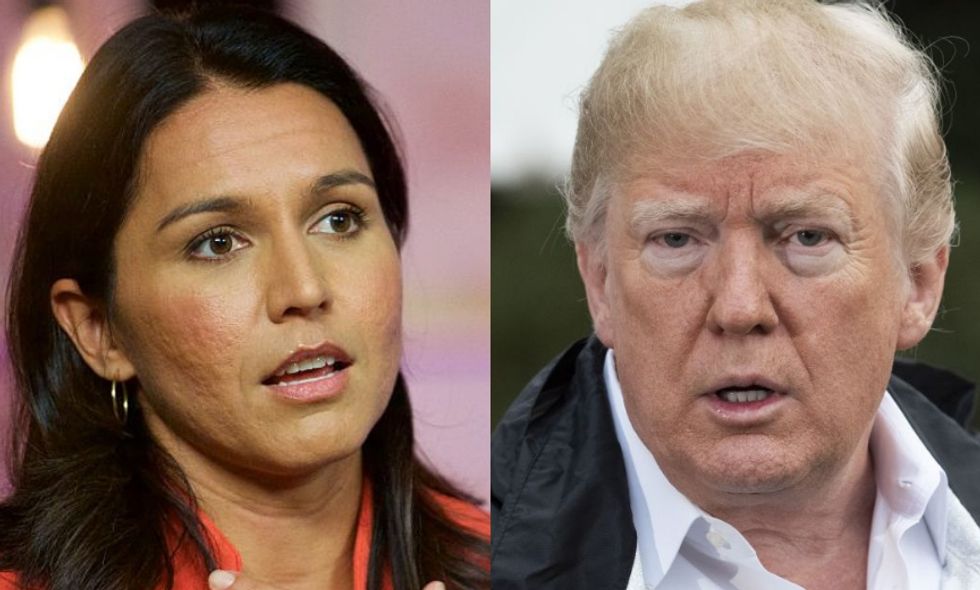 President Donald Trump expressed doubt regarding the Central Intelligence Agency's conclusion that Saudi Crown Prince Mohammed bin Salman ordered the brutal killing of Washington Post reporter Jamal Khashoggi. The statement led to national outcry, with Americans everywhere decrying Trump for being soft on Saudi Arabia, indicating with inaction just how little the sanctity of a free press means to him.

While many lawmakers on both sides of the aisle expressed reactions ranging from dismay to disgust, most of the criticisms were restrained—except for one.

Congresswoman Tulsi Gabbard (D-HI) left no room for doubt on her feelings regarding the matter.

While political figures who aren't the president typically aren't wont to use such candid language, many on Twitter thought Gabbard's statement was spot on.

Though some confused Gabbard's bluntness for tactlessness, her sentiments were generally the same as even many Republican lawmakers: Letting Saudi Arabia get away with entrapment and murder gave the regime all the power and tarnished the integrity of the United States.

I never thought I’d see the day a White House would moonlight as a public relations firm for the Crown Prince of Sa… https://t.co/kiqJXXZnAB
— Senator Bob Corker (@Senator Bob Corker) 1542752287.0

The President indicates that Saudi Arabia is the lesser two evils compared to Iran and so the U.S. won't punish Sau… https://t.co/YyjCUAIrCe
— Rand Paul (@Rand Paul) 1542752858.0

I fully realize we have to deal with bad actors and imperfect situations on the international stage. However, wh… https://t.co/bFS2Nwh3Vb
— Lindsey Graham (@Lindsey Graham) 1542750903.0

In less than two weeks, Saudi Arabia will hosts the United States, Russia, and other countries to reach a united front on global oil policy. Lowering the cost of oil would be a much-needed Republican talking point when inevitably asked just how the President is making America great.

With a tweet shortly after the statement, Trump demonstrated in a tweet that the value of oil imported takes precedent over the value of blood spilt.

Though criticisms likely fell on deaf ears, Americans let the president have it. Like Gabbard, they didn't hold back.

Trump insists that his dealings with Saudi Arabia are making the country better, but he doesn't acknowledge that these unspecified benefits come at the cost of America's deepest values, lowering the threshold of what America will accept.

It's long been an American value not to negotiate with terrorists. In this latest statement siding with a regime that brutally murdered a critical journalist, many don't believe Trump is negotiating with them so much as kowtowing to them.