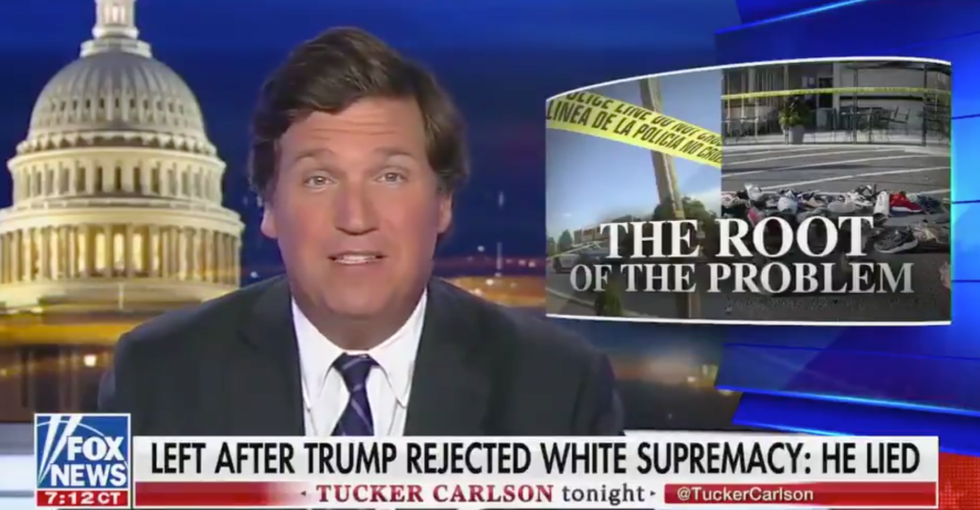 After a shooter in El Paso, Texas cited a "Hispanic invasion" as his motive for killing 22 people on Saturday, far-Right Fox News host Tucker Carlson downplayed the rise of white supremacy in the United States.

Carlson, who routinely claims that diversity isn't a strength, dismissed white supremacy as a "hoax," falsely claiming to Fox viewers that it's "actually not a real problem in America."

"This is a hoax. Just like the Russia hoax. It's a conspiracy theory used to divide the country and keep a hold on power. That's exactly what's going on."

Carlson routinely perpetuates white supremacy on his show, especially against immigrants. In addition to claiming that immigration makes the United States "poorer and dirtier," Carlson has referred to Latinx immigration as an "invasion"—the exact word used by the shooter in El Paso.

The internet was quick to fact check Carlson.

Fox News host Tucker Carlson told his viewers that white supremacy is a hoax perpetrated by the left to divide the… https://t.co/6MofpHGjnS
— jordan (@jordan) 1565193524.0

Hate crimes across the nation continue to rise.