Percentage of TSA Agents Who Are Staying Home From Work During the Shutdown Just Hit a Disturbing New High, and Can You Honestly Blame Them? 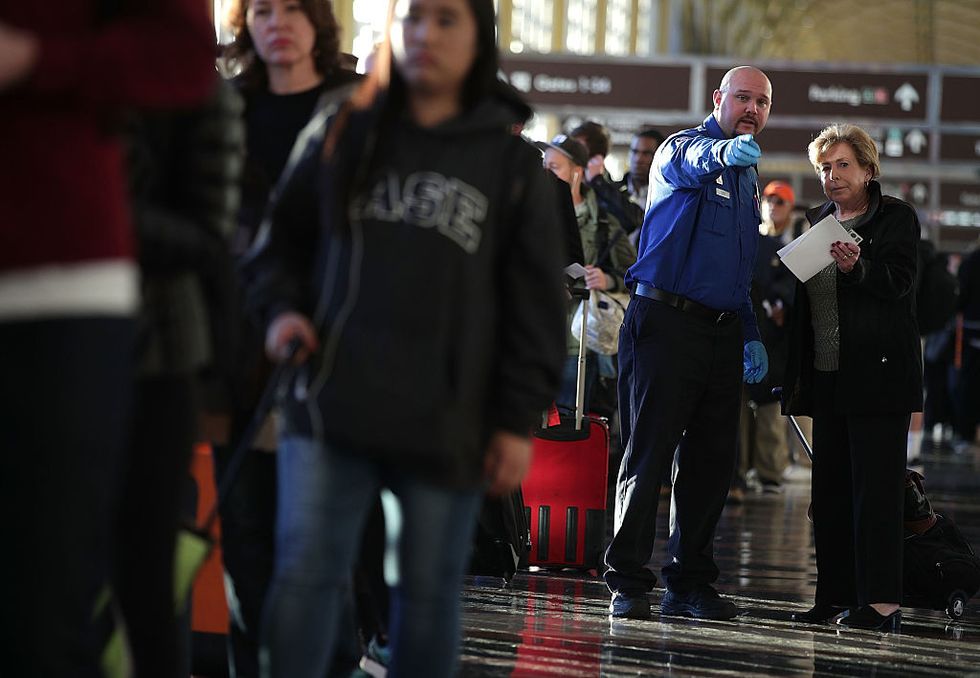 ARLINGTON, VA - NOVEMBER 23: A TSA agent guides a traveler at Ronald Reagan Washington National Airport November 23, 2016 in Arlington, Virginia. AAA has predicted that it will be more crowded than usual to travel this Thanksgiving with nearly 49 million Americans driving or flying to their destinations. (Photo by Alex Wong/Getty Images)

As President Donald Trump refuses to break course from his demands for a wall at the southern border, the government shutdown has continued to drag on, becoming the longest shutdown in American history.

Now, federal employees continuing to work without pay are rightly getting fed up. Among them? TSA agents.

These include 47,000 Transportation Security Officers tasked with the vital job of screening commercial passengers for security risks and possibly dangerous contraband.

But as more and more agents work without pay, a proportionate amount aren't showing up to work or have been forced to quit in an effort to find other means to provide for their families.

The situation isn't getting better. In fact, it's getting worse. The TSA has reported a record number of unscheduled absences on Saturday: 10 percent. It's a 7 point jump from the 3% on the same day last year.

Americans, however, can't blame them.

@thehill How these unpaid, suffering workers continue to show up is beyond me.
— Teresa Harris (@Teresa Harris) 1548090783.0

But there are a few people they're blaming.

For some, the TSA agents have a very specific power.

Though responsibility for the government's ability to function shouldn't rest in the hands of unelected employees, many are urging TSA agents to go on strike, believing that the mass inconvenience to travelers would force lawmakers to reopen the government.

@mattdpearce @deray If they all stopped showing up the govt would open up the next day. They should use their power.
— Curtains LaBoeuf (@Curtains LaBoeuf) 1548109698.0

Though the agents are currently unpaid, the consequences for not showing up to work still stand, and could result in them losing their job.