His recent conversion began once he started running for President. 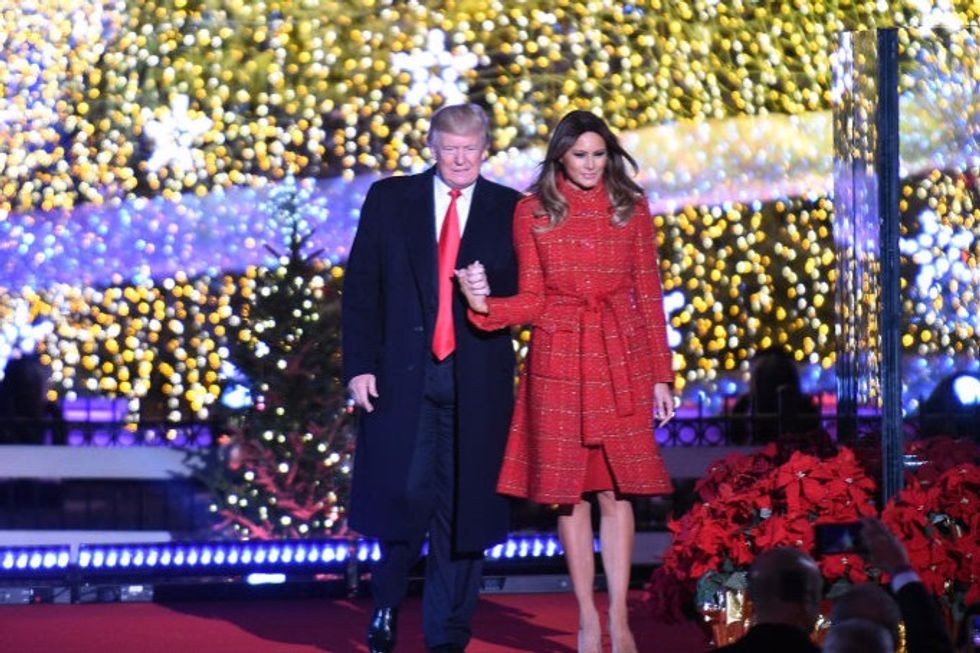 President Trump keeps Tweeting “MERRY CHRISTMAS!” and saying he “led the charge against the assault of our cherished and beautiful phrase.” But is it true?

The “war on Christmas,” a phrase invented by Bill O'Reilly in 2004, designates the holiday as endangered, with even “Merry Christmas” banned, and calls the Christian faithful to fight to defend it. Despite evidence showing no laws infringing on any individual's rights to celebrate Christmas, the phrase remains a rallying cry for conservative Christians.

So where did President Trump serve during this proverbial war? It turns out Vietnam may not be the only war he missed.

In the 1980s, Donald Trump bought an old apartment building across the street from Central Park in New York that he wanted torn down to rebuild as a high-rent tower. When  elderly residents wouldn't move out voluntarily, Trump hired a management company to run the building into the ground -- a well documented tactic of real estate developers dealing with tenants in buildings they want vacated.

While Trump threatened to house homeless people in the building to frighten the tenants, his contracted management company covered windows in tin and forbade Christmas decorations in the lobby. It was probably the least of residents' concerns, but Donald Trump banned Christmas, trees or any other decorations, in 1981 and 1982.

My new book #TimeToGetTough is the best present of the holiday season. A great gift for anyone who cares about this country.
— Donald J. Trump (@Donald J. Trump) 1324582328.0

Young Entrepreneurs – the Holiday season is here but that is no excuse not to stay on top of your business prospects. Focus!
— Donald J. Trump (@Donald J. Trump) 1387487078.0

While Trump continued wishing “happy holidays” for many years after officially banning Christmas in the 1980s, his first use of “Christmas” on Twitter appears to be in 2011. His conversion came shortly after expressing interest in being president.

Trump suggested buying his new book as a Christmas present in 2011 instead of a holiday gift as he had in prior years.

A few days later he complained that President Barack Obama had “issued a statement for Kwanza [sic] but failed to issue one for Christmas.”

What a convenient mistake: @BarackObama issued a statement for Kwanza but failed to issue one for Christmas. http://t.co/DodG53Rx
— Donald J. Trump (@Donald J. Trump) 1325088173.0

President Obama had, like presidents Clinton and Bush before him, acknowledged the African heritage festival of Kwanzaa. But Obama, as a practicing Christian, also wished Americans “Merry Christmas” in 2011, as he did every year during his presidency, as well as celebrating a televised "Christmas in Washington" event.

After announcing his candidacy for president in 2015, Trump went to the Values Voter Summit, hoisted a Bible and said: “I believe in God. I believe in the Bible. I’m Christian. I love people." Trump's advisers suggested targeting disenfranchised conservative Christians, as well as white nationalists, but the twice divorced self professed womanizer had trouble convincing conservative Christian voters of his sincerity. So he elaborated in his speech:

Trump won the electoral vote, after losing the popular vote to Hillary Clinton, and brought back Christmas to a place it had never left.