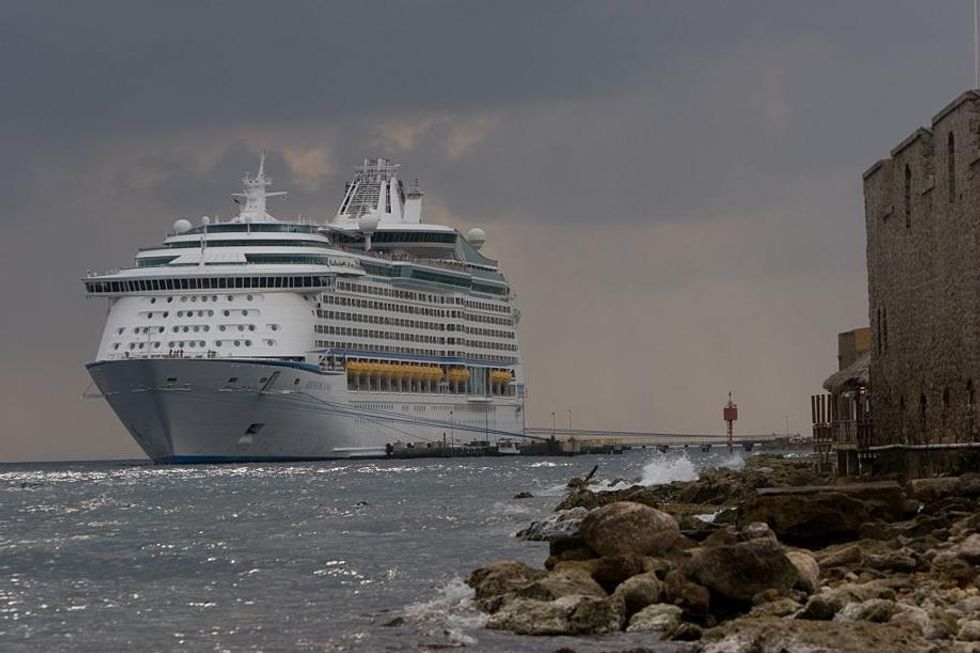 For a week after Hurricane Maria devastated Puerto Rico, President Trump refused to temporarily waive the Jones Act, which would've allowed international organizations and governments to ship aid to the millions of desperate American citizens who are without food, water, power, and shelter. Previously, Trump waived the Jones Act for Houston and Florida after Hurricanes Harvey and Irma respectively.

Trump ignored the calls of lawmakers, activists, and even John McCain to lift restrictions that prohibit foreign vessels from providing aid, citing business reasons: “We have a lot of shippers and a lot of people... who work in the shipping industry that don’t want the Jones Act lifted. And we have a lot of ships out there right now."

Fortunately, the humanitarian acts of both private citizens and private companies, as well as a petition from Puerto Rico's Governor Ricardo Rossello, forced the president's hand, and as of this morning the White House authorized a waiver of the Jones Act in order to assist in the recovery efforts in Puerto Rico.

At @ricardorossello request, @POTUS has authorized the Jones Act be waived for Puerto Rico. It will go into effect immediately.
— Stephanie Grisham (@Stephanie Grisham) 1506600137.0

The Jones Act, a.k.a. The Merchant Marine Act of 1920, is a post-WWI relic of a law meant to ensure the United States maintains a shipbuilding industry and a seafaring labor force, by requiring all goods shipped between American ports to be on American ships built, owned, crewed by American citizens. Satisfying all those requirements, cruise line Royal Caribbean decided to send one of its cruise ships to provide aid and much needed supplies to Puerto Rico.

The cruise line cancelled its upcoming September 30 Adventure of the Seas trip to make the 3,800 passenger vessel available to the victims of Hurricane Maria, bringing water, medical supplies, and additional aid to Puerto Rico and the surrounding Caribbean islands. Adventure arrived in the port of San Juan in Puerto Rico yesterday and will return to Fort Lauderdale, Florida with evacuees. Norwegian Cruise Line and Carnival are two other cruise lines providing relief.

Other private citizens answered the call to help Puerto Rico as well:

Dallas Mavericks owner Mark Cuban lent point guard J.J. Barea the team’s plane to bring relief to the NBA player's home country. Barea flew in 32 generators as well as thousands of pounds of food, water, and medical supplies. "As soon as I told them I was doing this, they were like, 'Go, go, go, go, go,'" Barea said.

Rapper Pitbull quietly sent his private plane to ferry cancer patients off the island, bringing them to New York for treatment. When his involvement became public, he responded: "Thank God we're blessed to help. Just doing my part."

And music artists Jennifer Lopez and Marc Anthony, whose parents are Puerto Rican, came together to create humanitarian initiative “Somos Una Voz,” which will expedite food, medicine, and other resources to those in need in Puerto Rico. With over a 100 million followers on Twitter and Instagram, Lopez posted a video on Instagram asking for others to help, after donating $1 million herself to relief. Their alliance already has over 30 other celebrities involved, including Hamilton’s Lin Manuel-Miranda, Ricky Martin, Ed Sheeran, Bruno Mars, and Jada Pinkett Smith.

For more on the Jones Act and how it affects Puerto Rico past and present, including how it has even caused the island's bankrupt economy, read HERE.