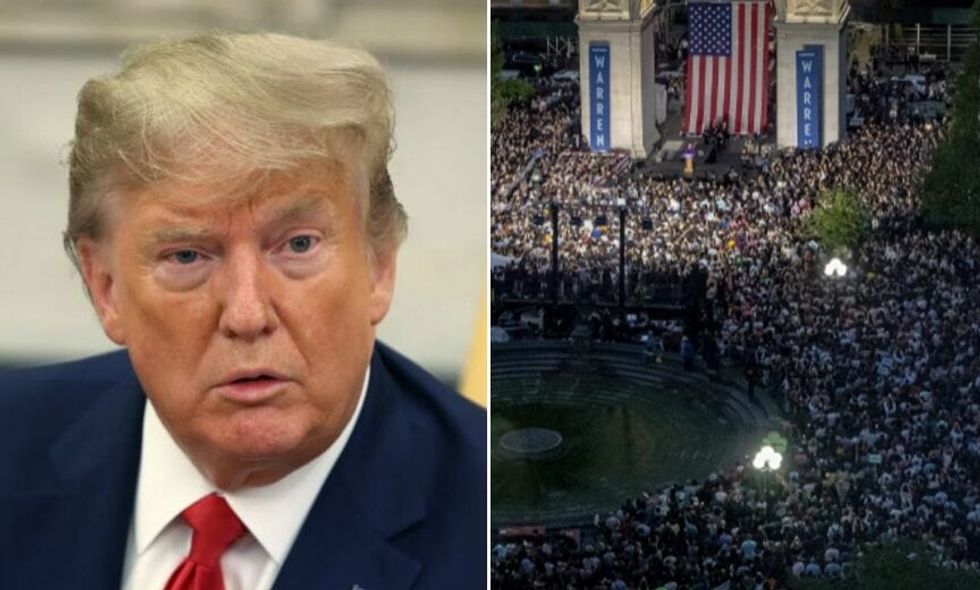 President Donald Trump is, once again, preoccupying himself with crowd size, but this time it's not his own.

Senator and 2020 presidential candidate Elizabeth Warren (D-MA) held a campaign rally in New York City's Washington Square Park, where Warren campaign officials estimated approximately 20,000 people in attendance, though the New York City Parks and Recreation Department has yet to confirm these numbers, but it was Warren's largest live audience so far.

“Anybody that can’t get people standing in the middle of Manhattan in the most densely populated area of the country — anybody could do that,” Trump said to reporters on Air Force One.

“Number one, she didn’t have 20,000 people and number two, I think anybody would get a good crowd there. I think you have a good crowd there if you don’t even go there, just say you’re going and how many people are in the park.”

Images from the rally show a completely packed audience.

Trump paid audience members to attend his campaign launch in 2015.

If you're interested in learning more about Senator Warren and her ideas, her latest book—This Fight is Our Fight—is available for purchase here.