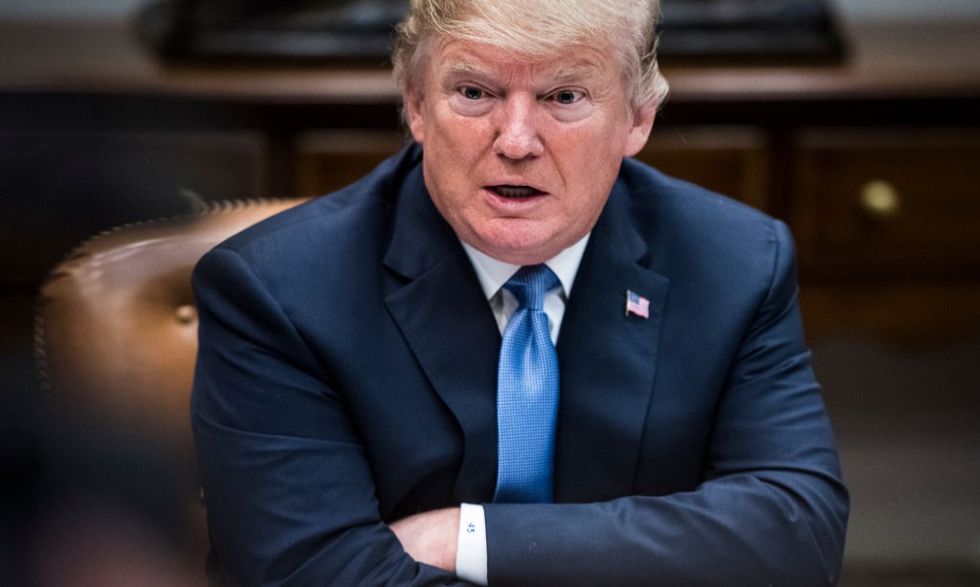 After exploiting families of murder victims to create a false narrative that ignored actual crime statistics and was quickly debunked, President Donald Trump took to Twitter to propose another means of dealing with immigration: eliminate due process under the law.

Unfortunately for him, Trump's latest proposal met with the same success as his angel family show and autograph session.

The American Civil Liberties Union (ACLU) was quick to notify the president that the Constitution, which he swore on a Bible to uphold and defend, remained in full effect.

Others were equally happy to let Trump know what they thought of his proposal.

@realDonaldTrump @SpeakerRyan @SenateMajLdr You guys ok with this? This is clear call to violate the constitution.… https://t.co/NFcqb4gZ0o
— Pink Iguana 🌊 (@Pink Iguana 🌊) 1529880802.0

@realDonaldTrump I would encourage you to read the constitution, in particular the fifth amendment. Keep reading pa… https://t.co/XWdeQWQhqf
— Eileen Xenarios (@Eileen Xenarios) 1529924761.0

There were a few supporters of Trump's proposal, but they were quickly educated on the Constitution as well.

@mgibson81 @ACLU Asylum seekers must be in U.S before they can declare asylum status. That is considered legal immi… https://t.co/lNdStPjkMn
— kate rodham (@kate rodham) 1529872063.0

@mgibson81 @ACLU now you are blindly doing their bidding by supporting and shouting your agreement of it. they coun… https://t.co/8TqrxKDYY8
— kate rodham (@kate rodham) 1529872171.0

Some even pointed out the president's own past tweets demanding something that he received, law and order when it comes to his own legal woes.

Undeterred by facts or the Constitution, Trump pointed out the expense his new zero tolerance policy is creating. The president of the United States again publicly proposed the elimination of the rule of law instead of restoring the asylum definition and asylum process and prosecutorial discretion that his zero tolerance policy eliminated.

He also made certain to get in another plea for his ineffective and unpopular border wall proposal.

Hiring manythousands of judges, and going through a long and complicated legal process, is not the way to go - will… https://t.co/try3EcJSAJ
— Donald J. Trump (@Donald J. Trump) 1529930580.0

But once again, the Twittersphere was there to provide some facts while some simply marveled at the absurdity of a president repeatedly proposing violating the Constitution while ignoring citizen response to a poorly devised, massive expense like his border wall.