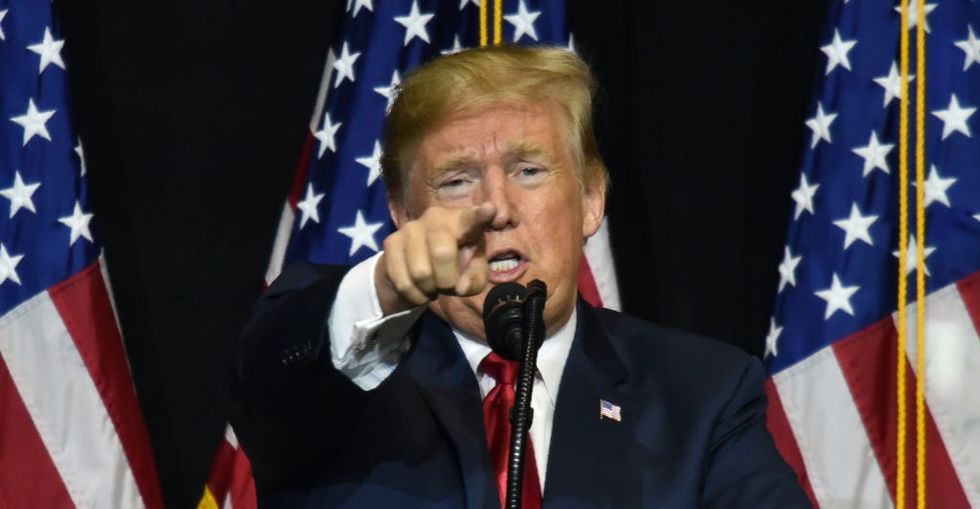 According to polls from varied sources, the view of the United States economy rarely rated higher than now. Only during the booming tech stock period from 1998 to the beginning of 2001 have polls shown higher numbers regarding the economy.

But another approval number continues to fall pointing to an unusual disconnect.

While people see the economy as strong, the job approval rating for President Donald Trump continues to stay below 50 percent and even dips below 40 percent. A look at poll numbers since 1985 shows a trend of strong economies yielding strong job approval for the President in office.

Poll results for the economy in relation to approval of the President. (Bloomberg)

August 8/31/18 polls for economy versus approval of the President. (Bloomberg)

Trump frequently points to the economy as a measure of his success.

While he inherited a recovering economy from President Barack Obama—coming up in both economic indicators and favorable poll numbers from the depths it had dropped to under President George W. Bush—other Presidents maintained a high favorability rating based on an inherited economy as the graph shows.

Bush inherited a strong economy from President Bill Clinton and despite the controversy of his win in the 2000 election—losing the popular vote but winning the electoral vote—his job approval rating only fell slightly.

Obama inherited one of the poorest rated economies since Clinton took over from President George H. W. Bush. But his falling approval numbers recovered as he turned the economy around.

Trump's disconnect is not completely without precedent however. The scandals that plagued the end of the Clinton administration put the President's job approval below the view of the economy. Clinton left office with a job approval at 63 percent, but 77 percent of voters viewed the economy favorably.

That disconnect contributed to Vice President Al Gore's defeat in the electoral vote against Bush. And that precedent should concern Republicans.

"There’s a huge disconnect. The economy doesn’t seem to be dominating in a way that it often does in elections."

Trump's appointed Director of the Office of Management and Budget, Mick Mulvaney, advised focusing on the economy and not on Trump in a meeting with Republican backers.

But why the big disconnect? What is different this time?

President Trump tends toward polarization. His speech patterns also deals in absolutes. Superlatives like "best" and "biggest" dominate his tweets and rallies.

The President's strong supporters believe he can do no wrong regardless of scandals or allegations of impropriety and ongoing investigations. But his detractors are equally unlikely to view anything Trump does as right.

So when Trump tweets about the economy, those who fall on the job disapproval side remain unswayed. The President's Twitter posts about his great economic numbers get met with one name over and over: Obama.

And the detractors come with economic figures and statistics to back their view as well as point out areas of the economy where things continue to falter, like individual wages. Trump's tweets fail to sway voters and may actually hurt more than help.

Midterm elections are set for Tuesday, November 6, 2018. Time for Republicans to turn opinion of the President around dwindles daily.