Who wants to tell him? 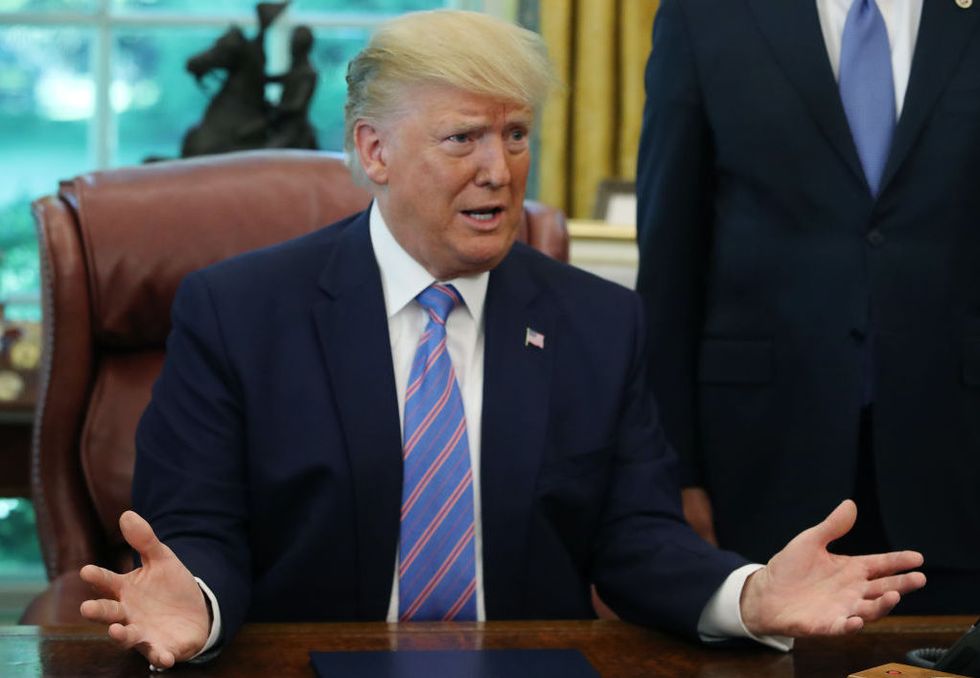 On Tuesday evening, President Donald Trump took to Twitter to criticize the "Radical Left" for staging boycotts of individual businesses, products or corporations that do not match their personal morals.

"More and more the Radical Left is using Commerce to hurt their 'Enemy'."

"They put out the name of a store, brand or company, and ask their so-called followers not to do business there."

"They don’t care who gets hurt, but also don’t understand that two can play that game!"

But the President failed to remember a few key points:

But people were more than happy to remind Trump, calling him out for hypocrisy.

Some even included video evidence of Trump's calls for boycotts to illustrate his hypocrisy.

They even added a video from Trump ride or die supporter, Sean Hannity of Fox News.

But Twitter user Bookdigger Jim, or @goodoldcatchy, thanked the President for the platform to tell people who oppose him and the GOP where to find out what companies or products to boycott for their support Trump and the RNC.

@goodoldcatchy @realDonaldTrump Trump knows its an effective method which is why he's tweeting about it.
— shelly (@shelly) 1562723574.0

While Trump claimed they are a tool of only the "Radical Left," boycotts are an effective tool for all areas of the political spectrum to speak with their dollars. No company or product is entitled to anyone's money.

"One woman refuses to give up her seat in a 'whites only' section of a public bus. The bus stops. The city stops. The world stops. December 1, 1955, Montgomery, Alabama. A time when resentment gives birth to rebellion; when a gesture has the power to bring about change."

"This single act by Rosa Parks inspires an uprising that will make history, and make a leader of Martin Luther King, Jr. BOYCOTT is the explosive telling of this story."